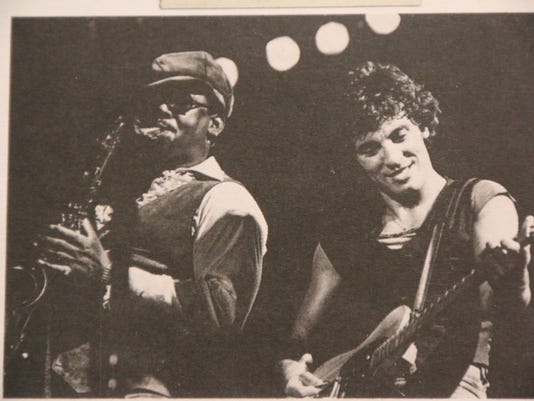 From Elvis, Dylan, Springsteen and beyond, Lou Masur explains how one song can change your life

This fall, the Distinguished Professor of American Studies and History at Rutgers–New Brunswick will share his admiration for the music icon in his course, “Springsteen’s American Vision.”

In celebration of Springsteen’s 70th birthday, Rutgers University Press will also issue Long Walk Home, a series of essays on Springsteen, featuring contributions from novelists Richard Russo, rock critics such as Greil Marcus and Gillian Gaar, and other noted Springsteen scholars and fans, including Masur.

Is there a Springsteen song that was important in your life?

“Born to Run” changed my life — and yes, it is also the ring tone on my phone. For me, the song reflects a desire to get out, to break boundaries, to escape and search for everlasting love. When I heard it for the first time I was 18 years old and it captured how I felt about the world around me.

The very first assignment I give to students in my course is to write about a song that changed their lives. I want to know what song does for them what “Born to Run” did for me. It forces them to understand something about how they got to this moment in their lives. It teaches them to think critically about music, songwriting and performance, and it introduces me to their perspective. It opens up a dialogue into the role of music in their lives and in American culture. I want them to analyze what we are listening to, reading and looking at and become engaged in the culture in which we live.

What is the relationship between Springsteen, New Jersey and Rutgers?

Springsteen put New Jersey on the map. Since the beginning of his career, playing gigs at the Student Prince, the Upstage, and the Stone Pony in Asbury Park, he made it a place to be proud of and not just a place to pass through on the way to New York from Pennsylvania. The songs he played captured a moment in the 70s and 80s, in particular how people in New Jersey came to think of what it means to be alive. Over time, he not only helped define New Jersey, but also became a critical voice in thinking about the meaning of America. As we approach his 70th birthday, we should take stock of all that he’s done and continues to do. He just released a new album, Western Stars, and anyone who has ever been to one of his three-hour shows can tell you, he’s not slowing down.

On Oct. 12, 1976, just a year after “Born to Run” was released, Springsteen came to Rutgers and performed with the E Street Band. He sang and held lengthy discussions between songs with a crowd of around 3,000 people packed in the old College Avenue gym, which was then known as “The Barn.” The event was coordinated by The Daily Targum. A radio station announced where the tickets would be sold, and they sold them during the weekend so student’s wouldn’t skip class or camp out for these high demand tickets. Students lined up for tickets the second it was announced. Springsteen played 16 songs that night and it was a night Rutgers will never forget.

What can students learn in your course about why Springsteen’s music is so important?

I begin the course with Elvis Presley, then go into Bob Dylan, and then most importantly, Springsteen. I want students to understand how each musical icon was directly inspired by the greats before them. I also want them to see how music plays a vital part in protest and activism as each of these musicians have inspired and created change. I have to push against the idea that this course will be easy, so I assign lots of reading and writing assignments that force students to engage the work and make critical arguments about its meaning.

Great musicians are always in conversation with what’s going on in the culture and in individual lives. Springsteen once said his life’s work was “judging the distance between American reality and the American dream.” Springteen’s album “Wrecking Ball,” for example, was about the recession of 2008, and it told the stories of people who lost their homes and their path on the American dream. His album “The Rising” offered a reflection on the 9/11 attacks. His music helps us answer questions like “how do we survive?” and “how do we go on?” Good music inhabits the lives of others and tells moving stories like great fiction. Every generation will go through a deep hardship where they search for meaning, and great music will help them get there.

There is also the other side of Springsteen I want students to know and that is what rock n’ roll is all about. Rock n’ roll offers release and works as a catharsis during tough times. It brings people together and it forms a community. That’s the side of him that explains why he has so many fans who return to his work time and again. At live shows, they feel transformed.  I want my students to understand that and to experience it.