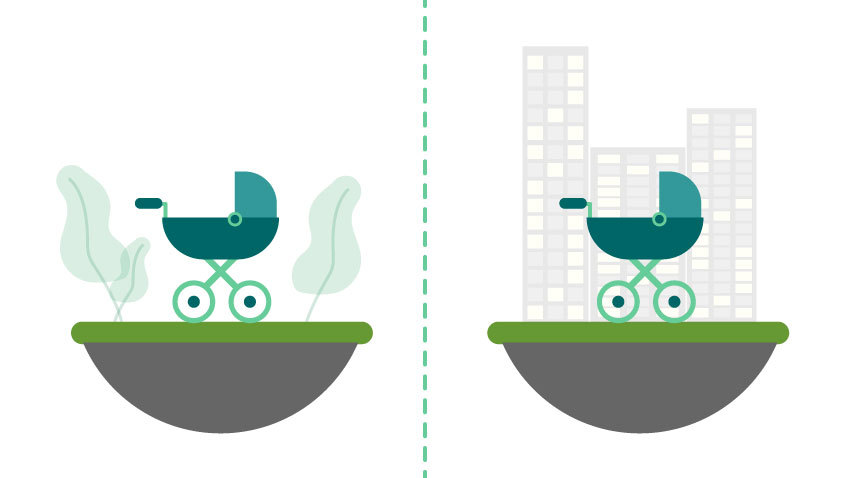 ANN ARBOR, Mich. – Women in rural communities experience higher rates of life-threatening complications during or after childbirth than mothers in urban cities, a new study finds.

Maternal deaths and deliveries requiring emergency, life-saving treatment are increasing among both rural and urban residents, up from 109 to 152 per 10,000 childbirth hospitalizations, the new research finds.

But rural residents have a 9% greater chance of dangerous childbirth situations than urban peers – with about 4,400 more cases over the study period– according to the findings that were published in Health Affairs’ December issue.

Tens of thousands of American women each year need emergency treatment to save their lives while they deliver babies or immediately after, including blood transfusions, interventions for heart failure or stroke, or an emergency hysterectomy associated with birth.

The incidence of such cases in the United States nearly tripled between 1998 and 2014 while maternal mortality also increased dramatically, with nearly 700 maternal deaths a year.

“In rural areas, where there is declining access to obstetric services, it is alarming that more and more people are facing severe maternal morbidity and mortality when giving birth.”

The effects of these lost services hit remote rural communities hard, where residents subsequently experienced increased rates of preterm birth (the leading cause of infant mortality), out of hospital birth, and births occurring in hospitals without obstetric units.

The new study also found that people with Medicaid coverage or patients with no insurance at delivery had at least 30% increased odds of severe maternal morbidity and mortality, compared to those with private health insurance. Rural women were more likely to use Medicaid as a primary insurance – with nearly half covered by Medicaid compared to 40% of urban women.

Authors say that policy reforms associated with Medicaid, such as increasing reimbursement to rural health centers and expanding coverage beyond the traditional prenatal to 60-day postpartum period, are important considerations to help address these life-altering experiences for pregnant women, their families, and rural communities.

Admon’s previous research has found that pregnant women today are more likely to have chronic conditions that cause life-threatening complications than at any other time in the past decade — particularly women living in rural and low-income communities.

Ensuring women have access to ongoing care before and after pregnancy, is key to addressing underlying chronic conditions, such as hypertension, obesity and diabetes, Admon says.

“We are seeing an increasing prevalence of pre-existing chronic conditions that increase the risk of adverse gestational outcomes for moms and their newborns. It’s difficult to address these health issues if maternal health benefits, such as those associated with Medicaid coverage, are limited to the nine months of pregnancy and just two months of care after pregnancy,” says Admon, who is also a researcher at the University of Michigan’s Institute for Healthcare Policy and Innovation.

“Rural communities face greater challenges to achieving improvements in health,” she adds. “It’s important to use this information to help us target programs that will benefit the populations at greatest risk of adverse maternal health outcomes. We should direct and adapt resources to meet the needs of communities where public health interventions may have the greatest impact.”