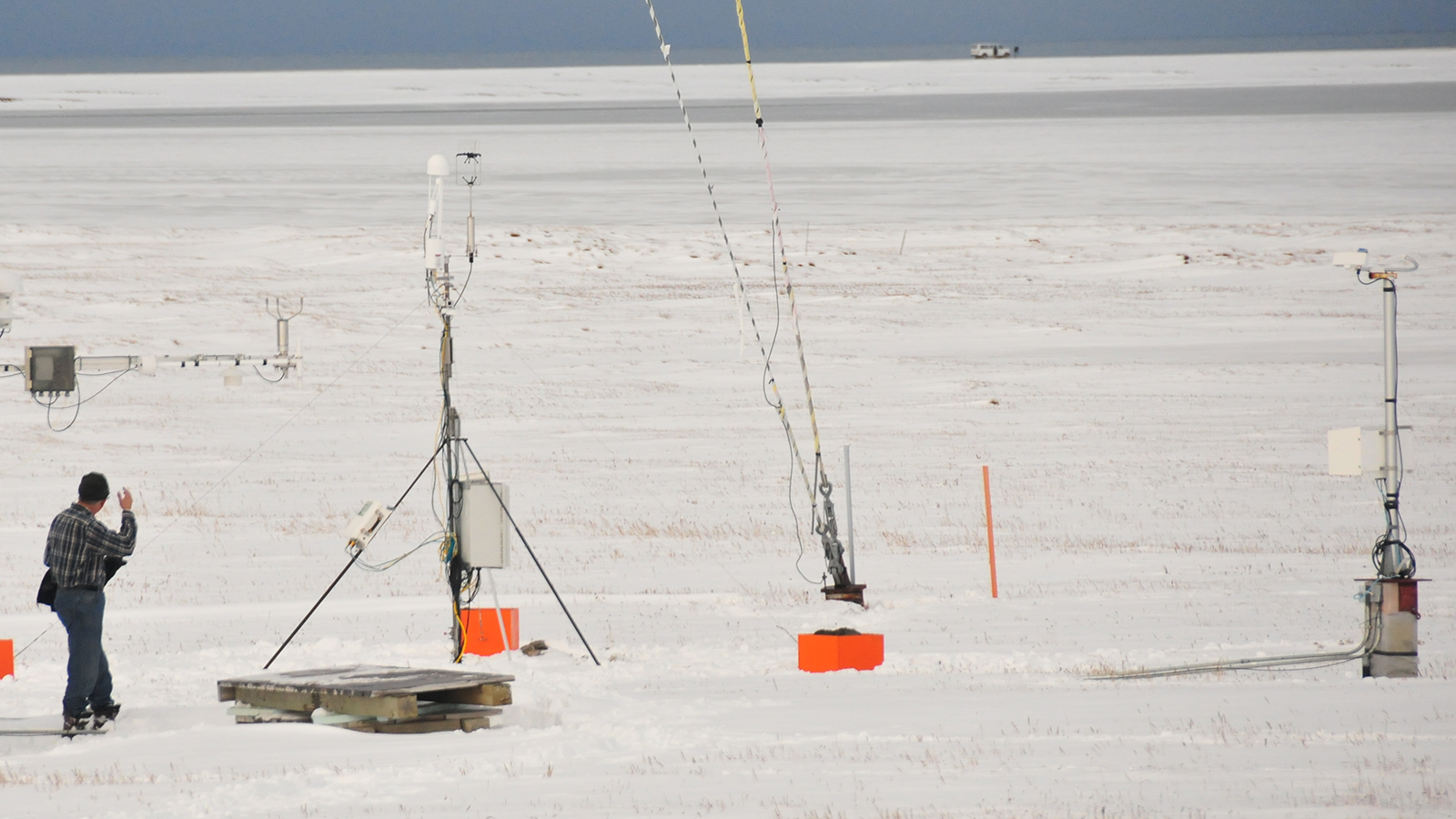 Permafrost, the perennially frozen subsoil in Earth’s northernmost regions, has been collecting and storing plant and animal matter since long before the last Ice Age. The decomposition of some of this organic matter naturally releases carbon dioxide (CO2) into the atmosphere year-round, where it is absorbed by plant growth during the warmer months.

This region, called the northern permafrost region, is difficult to study, and experiments there are few and far between compared with those in warmer and less remote locations. However, a new synthesis that incorporates datasets gathered from more than 100 Arctic study sites by dozens of institutions, including the U.S. Department of Energy’s (DOE) Argonne National Laboratory, suggests that as global temperatures rise, the decomposition of organic matter in permafrost soil during the winter months can be substantially greater than previously thought. The new numbers indicate a release of CO2 that far exceeds the corresponding summer uptake.

“Arctic warming is driven by a combination of natural and anthropogenic greenhouse gas emissions, and these new findings indicate that natural emissions from permafrost thaw during winter may be accelerating in response to Arctic warming.” — Roser Matamala, Environmental Science division

Even more importantly, when modeling the carbon balance using the large collection of data, the scientists found that the CO2 released by permafrost soil in the winter could increase 41 percent by 2100 if human-caused greenhouse gas emissions continue at their current rate.

The study, published in Nature Climate Change this past October, is the most comprehensive study on this phenomenon to date. It highlights the need for more research on the permafrost region’s net CO2 emissions, and it demonstrates the significant impact these emissions could have on the greenhouse effect and global warming.

The study brings together a combination of in-field measurements and laboratory-based studies — or soil incubations — like those performed at Argonne. To better understand how future warming might affect CO2 emissions in permafrost regions, the Argonne scientists sampled a variety of permafrost soils and monitored CO2 release at a range of laboratory-controlled temperatures above and below freezing that mimic typical Arctic conditions. The researchers wanted to identify how different soil properties or other factors influence the rate of decomposition and CO2 release from frozen and thawing soils — information that could help improve climate and Earth system models.

“Climate and Earth system models often treat these winter permafrost CO2 emissions as insignificant or even non-existent,” said Roser Matamala, a scientist in Argonne’s Environmental Science division and a contributor to the study. “But this study, with its large volume of data extending over multiple seasons, shows that winter respiration is substantial and significant. The study should convince modelers that this flux of winter-time carbon to the atmosphere can no longer be overlooked. It is not small, and it needs to be taken into account.”

The northern permafrost region covers approximately 15 percent of the Earth’s land area, extending from the Arctic Ocean’s coastline through much of Alaska, northern Canada and northern Eurasia. The ever-frozen soil in these regions contains more carbon than humans have ever released, and roughly a third of the carbon stored in all of Earth’s soil exists in this region.

During the summer, plants whose roots grow in thawed soil above the perennially frozen subsoil absorb CO2 as they photosynthesize. At the same time, microbes release CO2 into the atmosphere as they actively decompose soil organic matter. In the winter, when the surface soil and underlying permafrost are both frozen, the rate of decay and the amount of CO2 returned to to the atmosphere drops significantly. Yet, a small amount of microbial activity continues to decompose some of the organic matter contained in thin, unfrozen water films surrounding soil particles, releasing smaller amounts of CO2. For years, this balance was tipped toward greater absorption rather than release of CO2, but this study indicates that the loss of CO2 from permafrost soils to the atmosphere over the entire year is now greater than its uptake during the summer.

“Arctic soils have retained disproportionately large amounts of organic matter because frozen conditions greatly slow microbial decay of dead plant roots and leaves,” said Argonne soil scientist and study contributor Julie Jastrow. “But just as food in the freezer compartment of a refrigerator will spoil faster than it would in a chest freezer, the temperature of seasonally frozen soils and permafrost affects the amount of microbial activity and decomposition.”

Based on these results and upscaling across the Arctic, the authors estimate that about 1.7 billion metric tons of CO2 are released during current winter seasons, but that only 1 billion metric tons would be taken up by photosynthesizers in the summer months.

Computer models also showed that if humans were to mitigate their own emissions even minimally, winter CO2 emissions in the permafrost region would still increase 17 percent by 2100.

The paper, titled “Large loss of CO2 in winter observed across northern permafrost region,” was published online on Oct. 21, 2019, and November 2019 issue of Nature Climate Change.