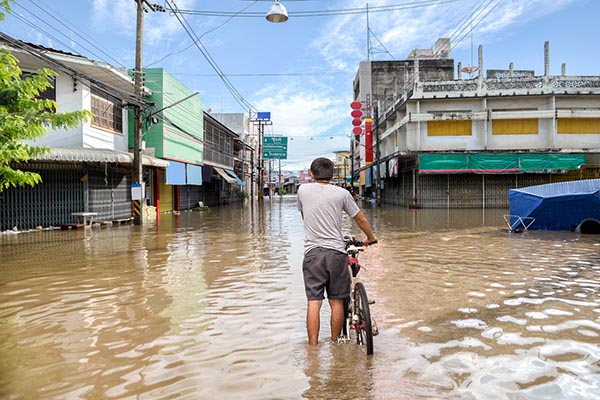 Leptospirosis is a potentially deadly infection spread by rats, causing such flu-like symptoms such as muscle pain, fever, headaches and chills. Untreated Leptospirosis can lead to complications such as meningitis, bleeding in the lungs and organ failure.

The study, led by the Yale School of Public Health, was a collaboration including the Puerto Rico Department of Health, the Centers for Disease Control and Prevention Dengue Branch, Texas State and the nongovernmental organization ENLACE. Ivan Castro-Arellano, an associate professor in the Department of Biology, headed Texas State’s participation. The results, “Seroprevalence, risk factors, and rodent reservoirs of Leptospirosis in an urban community of Puerto Rico, 2015,” are published in The Journal of Infectious Diseases, available at https://doi.org/10.1093/infdis/jiz339.

Leptospirosis has become a global epidemic in impoverished urban communities with outbreaks following disasters, such as seasonal rainfall in Brazil and hurricanes in Central America and Puerto Rico. In the aftermath of Hurricane Maria in 2017, thousands of post-storm deaths were attributed to Leptospirosis.

Researchers determined that the highest rate of Leptospira exposure occurred in close proximity to a large canal running through the city. The canal – the site of chronic illegal garbage dumping – provides a fertile breeding ground for rats, and during flooding events, rats and contaminated water spread out through the surrounding communities, exposing large numbers of people to potential infection.

The study indicated that prevention measures should focus on mitigating risk posed by infrastructure deficiencies, such as the canal.