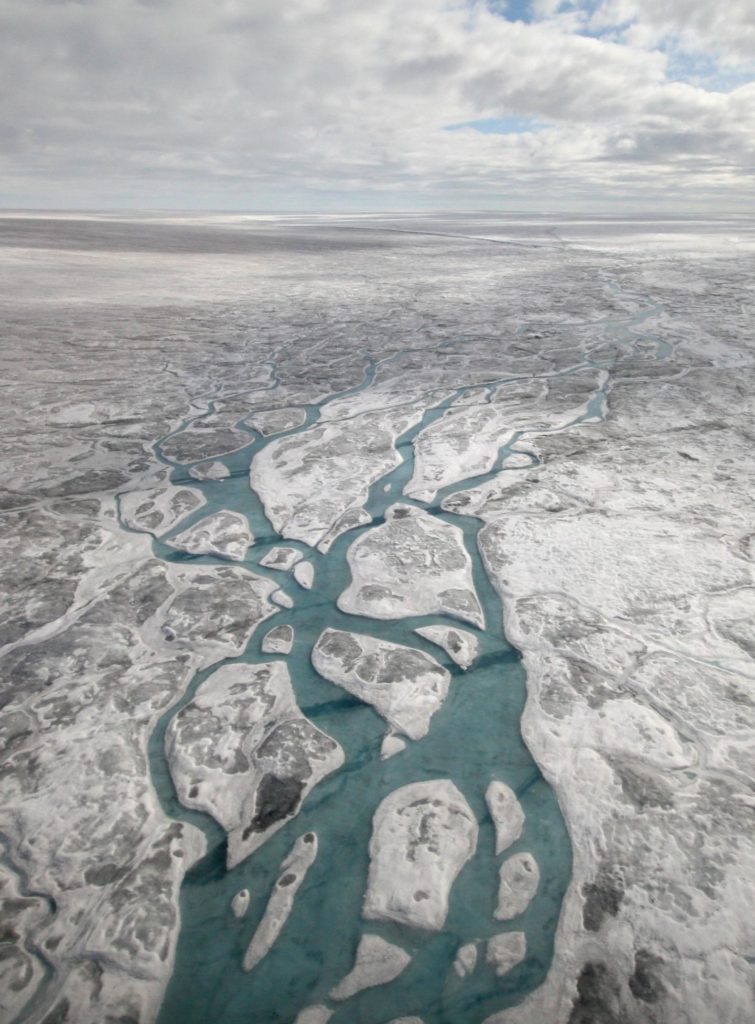 Researchers have discovered 56 previously uncharted subglacial lakes beneath the Greenland Ice Sheet bringing the total known number of lakes to 60.

Although these lakes are typically smaller than similar lakes in Antarctica, their discovery demonstrates that lakes beneath the Greenland Ice Sheet are much more common than previously thought.

The Greenland Ice Sheet covers an area approximately seven times the size of the UK, is in places more than three kilometres thick and currently plays an important role in rising global sea levels.

Subglacial lakes are bodies of water that form beneath ice masses. Meltwater is derived from the pressure of the thick overlying ice, heat generated by the flow of the ice, geothermal heat retained in the Earth, or water on the surface of the ice that drains to the bed. This water can become trapped in depressions or due to variations in ice thickness.

Knowledge of these new lakes helps form a much fuller picture of where water occurs and how it drains under the ice sheet, which influences how the ice sheet will likely respond dynamically to rising temperatures.

Published in Nature Communications this week, their paper, “Distribution and dynamics of Greenland subglacial lakes”, provides the first ice-sheet wide inventory of subglacial lakes beneath the Greenland Ice Sheet.

By analysing more than 500,000 km of airborne radio echo sounding data, which provide images of the bed of the Greenland Ice Sheet, researchers from the Universities of Lancaster, Sheffield and Stanford identified 54 subglacial lakes, as well as a further two using ice-surface elevation changes.

“Researchers have a good understanding of Antarctic subglacial lakes, which can fill and drain and cause overlying ice to flow quicker. However, until now little was known about subglacial lake distribution and behaviour beneath the Greenland Ice Sheet.

“This study has for the first time allowed us to start to build up a picture of where lakes form under the Greenland Ice Sheet. This is important for determining their influence on the wider subglacial hydrological system and ice-flow dynamics, and improving our understanding of the ice sheet’s basal thermal state.”

The newly discovered lakes range from 0.2-5.9 km in length and the majority were found beneath relatively slow moving ice away from the largely frozen bed of the ice sheet interior and seemed to be relatively stable.

However, in the future as the climate warms, surface meltwater will form lakes and streams at higher elevations on the ice sheet surface, and the drainage of this water to the bed could cause these subglacial lakes to drain and therefore become active. Closer to the margin where water already regularly gets to the bed, the researchers saw some evidence for lake activity, with two new subglacial lakes observed to drain and then refill.

“The lakes we have identified tend to cluster in eastern Greenland where the bed is rough and can therefore readily trap and store meltwater and in northern Greenland, where we suggest the lakes indicate a patchwork of frozen and thawed bed conditions.

“These lakes could provide important targets for direct exploration to look for evidence of extreme life and to sample the sediments deposited in the lake that preserve a record of environmental change.”

The paper will be available to view online at http://www.nature.com/ncomms.