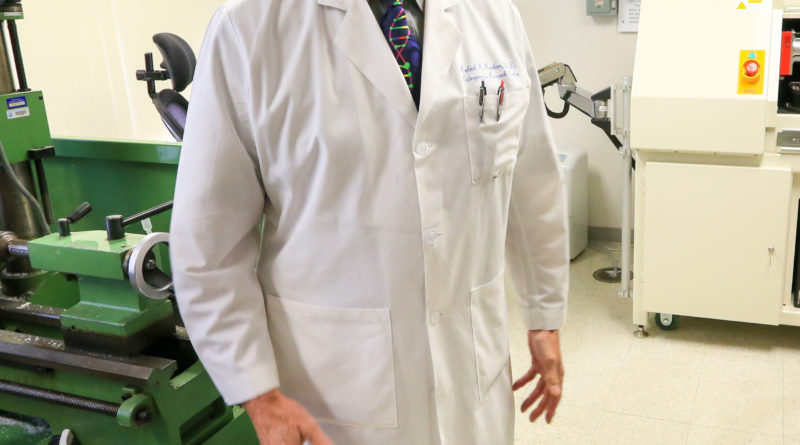 From a corner office high atop CHI Health Immanuel, a longtime Creighton University researcher is plotting another step along a road he hopes will eventually free diabetic women from osteoporosis, one of many diseases that strike diabetics more forcefully than the general population.

“They have a much higher incidence of low-trauma fractures than nondiabetic women of the same age,” says Robert Recker, MD, a principal investigator with Creighton’s Osteoporosis Research Center. “This study is important for the sake of diabetics who already have a bunch of extra illnesses because of their diabetes — heart disease, stroke, eye disease, muscle disease, nerve disease.”

Recker’s lifelong research into osteoporosis has earned him a place among the nation’s top bone biology specialists. His approach reflects knowledge gleaned from an earlier study in which 60 people suffering from low-trauma bone fractures were found to have abnormalities in the mechanical quality of their bone structure when compared to an equal population of people with identical bone mass. Recker compares the difference to iron and steel.

“So, our idea all along has been that there are mechanical defects in bone tissue that are responsible for at least some risk. In fact, the cause of fracture has been noted to be, in very large studies, only about 50% related to low bone mass and the rest is related to unknown things.”

Recker says he will study exclusively Caucasian women in this initial study, who experience osteoporosis at much higher levels than other races.

“Other races, and men, will have different findings, which will confound the data, and if we’re going to include all of those, we would have to expand the sample size significantly,” he says. “If we conclude a study on white women, then we can do a study on nonwhite women. One step at a time.”