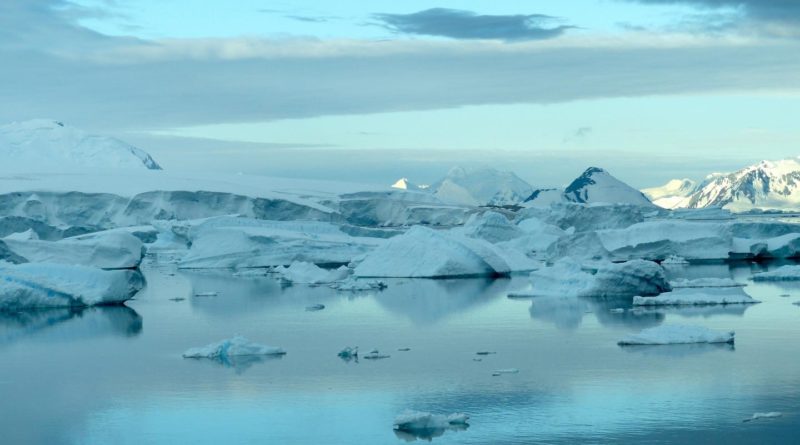 Scientists have made a new discovery that challenges previous understanding of the relationship between the polar Southern Ocean, next to Antarctica, and carbon dioxide levels in the atmosphere. Their findings show that, contrary to existing assumptions, biological processes far out at sea are the most important factors determining how the ocean absorbs carbon dioxide. The results are published this week (28 August 2019) in the journal

Carbon dioxide is absorbed in the surface ocean and stored in the deep seas over a timescale of 100s to 1000s years. The Southern Ocean plays a critical role in how this carbon dioxide is taken out of the atmosphere and knowing how it functions helps scientists understand dramatic climate transitions in the past, such as the ice ages, and better predict future climate change. It is commonly thought that the transformation of the water from light to dense – caused by cooling at the ocean’s surface – is crucial in determining whether carbon is released to the atmosphere or trapped in the deep ocean. As a result, current research is often focused on the shallow seas right next to the Antarctic continent, where most of this transformation takes place.

The team, led by the University of Southampton with British Antarctic Survey, University of East Anglia and the Alfred Wegener Institute in Germany, studied the ocean circulation and carbon concentration of the Weddell Gyre, a region of critical importance for carbon removal from the atmosphere lying east of the Antarctic Peninsula. They studied data collected as part of the ANDREX project (Antarctic Deep water Rates of Export) which measured the physical, biological and chemical properties of the water of the waters in the gyre between 2008 and 2010.

By studying this data, the team showed that the dominant factor driving the uptake of carbon from atmosphere to ocean is not related to dense water formation in the shallow seas immediately next to Antarctica, but rather to biological processes further out to sea. As phytoplankton in the centre of the gyre grow then sink, they remove carbon from the surface of the ocean, causing an uptake of carbon dioxide from the atmosphere – a process known as the ‘biological carbon pump’. The data considered in this study showed unambiguously that, in the Weddell Gyre, this is the dominant process enabling the uptake of carbon dioxide from the atmosphere and its removal to the deep ocean.

Graeme MacGilchrist, who led the study for the University of Southampton said:

“The results carry implications for our understanding of how the high-latitude Southern Ocean, close to the Antarctic continent, influences atmospheric carbon and global climate on 100 to 1000-year timescales. This is important both for our understanding of climate transitions in the past, such as the ice ages, as well as our projections of future climate change. We also expect that it will help to shift the focus of future research towards the critical processes taking place in the Antarctic Gyres, rather than the historical focus on the shelf-sea regions”

“The Southern Ocean is a hugely important region for the drawdown of carbon dioxide from the atmosphere, with major impacts on global climate. This study overturns a commonly-held belief relating to how this works, and emphasises the need for joined-up biological and physical studies in the open-ocean regions some distance offshore from the Antarctic continent. This will be a key priority going forward, in order to improve our ability to reliably predict future climates.”

2. The University of Southampton drives original thinking, turns knowledge into action and impact, and creates solutions to the world’s challenges. We are among the top 100 institutions globally (QS World University Rankings 2019). Our academics are leaders in their fields, forging links with high-profile international businesses and organisations, and inspiring a 24,000-strong community of exceptional students, from over 135 countries worldwide. Through our high-quality education, the University helps students on a journey of discovery to realise their potential and join our global network of over 200,000 alumni.

3. British Antarctic Survey (BAS), an institute of the Natural Environment Research Council (NERC), delivers and enables world-leading interdisciplinary research in the Polar Regions. Its skilled science and support staff based in Cambridge, Antarctica and the Arctic, work together to deliver research that uses the Polar Regions to advance our understanding of Earth as a sustainable planet. Through its extensive logistic capability and know-how BAS facilitates access for the British and international science community to the UK polar research operation. Numerous national and international collaborations, combined with an excellent infrastructure help sustain a world leading position for the UK in Antarctic affairs. For more information visit

This part of information is sourced from https://www.eurekalert.org/pub_releases/2019-08/uos-rsn082719.php