Breaking News
University Hospitals Opens Fourth Food for Life Market
How have changes in anemia care affected patients with kidney failure?
Study shines light on longevity of COVID-19 immune response
How fast-growing algae could enhance growth of food crops
How a cognitive bias is blocking the rise of electric cars
Fly researchers find another layer to the code of life
New laboratory-wide organization advances the development of fusion energy science at PPPL
Medication treatment of pediatric psychiatric disorders reduces the later onset of substance use problems
California Condor Chick Hatches on Live “Condor Cam”
Talking about sexual consent and expectations can improve relationships and wellbeing
19 May, 2022
Skip to content 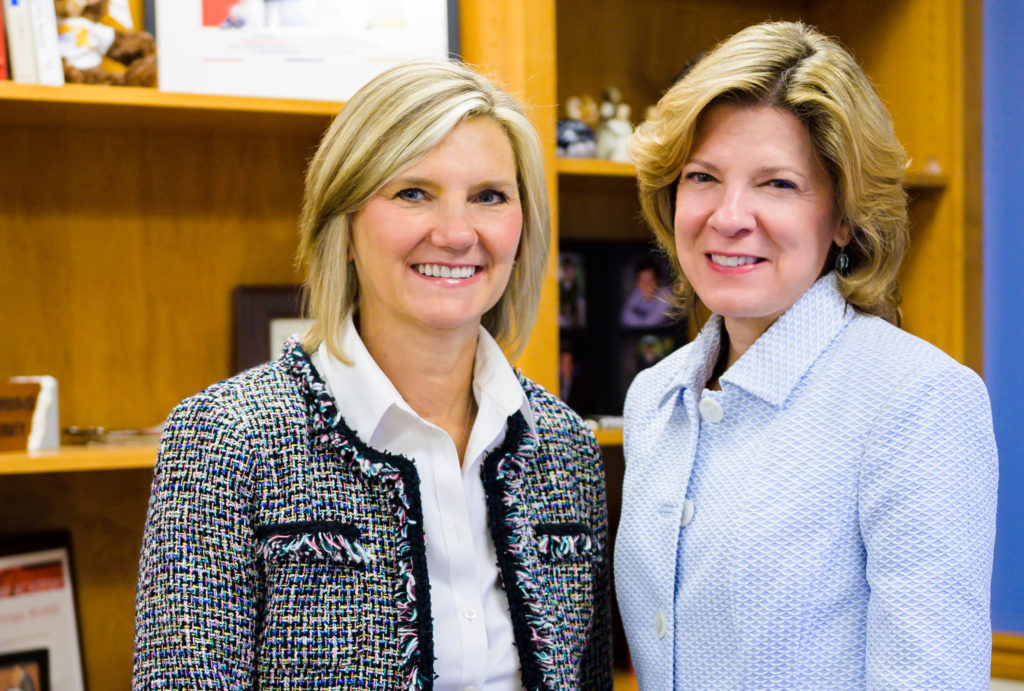 CLEVELAND – On Thanksgiving Day in 1887, a group of Cleveland women formed the “Circle of Kings Daughters” to raise funds to provide a healthy place for children to recover from illness. Nearly 132 years later, the Rainbow Babies & Children’s Foundation, as it is known today, continues this tradition.

To begin this season of giving, the Rainbow Foundation made a generous gift of $34.5 million – the largest gift in UH Rainbow Babies & Children’s and the Rainbow Foundation’s histories – to help ensure all children throughout Northeast Ohio have continued access to the highest quality health care close to home.

“From large galas and Circle of Friends community fundraising events to lemonade stands and Children’s Miracle Network campaigns, the Rainbow Foundation has raised, stewarded and safeguarded individual, corporate and foundation gifts from across the region in support of our community’s children,” said Terri A. Kennedy, President, Rainbow Babies & Children’s Foundation. “Thousands of volunteers have given their time over our 132 year history to raise support and champion the care provided by UH Rainbow Babies & Children’s and we are honored to utilize these vital resources to improve the health of our community.”

“As we look to the future, access to primary and specialty care is a baseline for healthy growth and development for our region’s children,” said Patti DePompei, RN, MSN, President, UH Rainbow Babies & Children’s and UH MacDonald Women’s hospitals. “We have been expanding Rainbow access points in these areas over the past several years, and this tremendous gift from the Rainbow Foundation will propel us forward at a more rapid rate. The funding for research and advocacy will open doors for treatments we’ve just begun to explore.”

The Rainbow Foundation’s gift will also encourage recruitment of top specialists, support advocacy and education on topics from lead paint remediation to mental and behavioral health services, and advance research for new therapies to treat our patients at every stage, from newborn to young adulthood. UH Rainbow currently offers the most expansive pediatric care network in the area, with more than 130 service locations in nine counties, accommodating more than 750,000 patient encounters and growing each year.

Ms. DePompei. “The Rainbow Foundation has been a ready partner, particularly with the opening of the UH Rainbow Center for Women & Children in MidTown, allowing us to serve more families in our community than ever before and offer services beyond traditional medical care.”

A portion of this gift established the Rainbow Babies & Children’s Foundation Chair in Leadership and Innovation, with Ms. DePompei as the inaugural recipient. “The Rainbow Foundation wanted to mark a milestone in Patti’s 30-year career with a meaningful gift to University Hospitals Rainbow Babies & Children’s. Her vision as a leader and community champion ties back to the hospital’s roots of caring for all children and their families. We can’t wait to see what’s next,” added Ms. Kennedy.

Over the past 18 months, UH Rainbow has attracted top talent from across the country, beginning with Marlene Miller, MD, MSc who was appointed Pediatrician-in-Chief and Chair, Department of Pediatrics. Dr. Miller came to UH Rainbow from the Johns Hopkins Children’s Center in Baltimore where she served as pediatrics chief quality officer.

Dozens of specialists have relocated to Northeast Ohio to join the region’s largest provider of pediatric health care. In addition, the physicians of two prominent practices – Green Road Pediatrics and Kids First Pediatrics – chose to be a part of the UH Rainbow family because of the seamless access to quality specialty care for the more than 20,000 children they see annually.

“We are honored to receive this extremely generous gift from the Rainbow Foundation,” said Thomas F. Zenty III, UH Chief Executive Officer. “This landmark gift, which will extend Rainbow’s breadth and depth across northern Ohio and greatly benefit our region’s children, is a testament to Rainbow’s expertise and bench strength as a national leader in pediatric care.”

UH Rainbow Babies & Children’s has been recognized as one of the Best Children’s Hospitals in the nation by U.S. News & World Report for 29 consecutive years and was ranked in eight pediatric specialties in 2018 – 2019, including: Neonatology, Orthopedics, Pulmonology, Cancer, Gastroenterology & GI Surgery, Diabetes & Endocrinology, Nephrology and Urology. The hospital is also designated by the American Nurses Credentialing Center as a Magnet hospital, the highest honor an organization can receive for excellence in professional nursing practice.