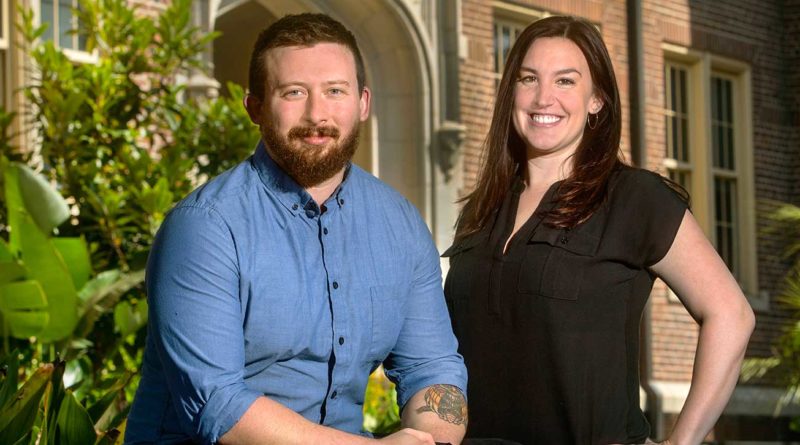 Racial disparities at every level of the criminal justice system in America are well documented. Now, a new study by Florida State University researchers reveals it also exists at the initial level of arrest, even when the crime is committed by a diverse pair of co-offenders.

The study, published in the Journal of Experimental Criminology, examines crimes committed together by a black person and a white person and finds that the black offender is slightly more likely than their white partner to be arrested for the same violent offense.

Brendan Lantz and Marin Wenger, both assistant professors in the FSU College of Criminology and Criminal Justice, pored over a decade’s worth of data from the National Incident-Based Reporting System — an FBI database that provides incident-level data on violent offending, offender race, the number of offenders involved and crime clearance.

“One of the primary issues in prior research is that it’s difficult to isolate the direct relationship between race and arrest,” Lantz said. “But when you look at co-offending, it presents a unique opportunity to look at two offenders who commit the exact same offense together and look at whether there are differences in arrest likelihood.”

Using a sample of more than 400,000 partnerships between 2003 and 2012, researchers found that when black and white offenders committed a crime together, the odds of arrest were an average of 3.1 percent greater for black offenders than their white co-offending partners.

Researchers said that while the percentage may seem relatively small, it is important to consider that the number is an average, and therefore might be larger in certain circumstances. They also pointed out that because of the research design, the racial disparity in arrests cannot be explained by legitimate, legal reasons.

“If you eliminate all legal reasons to arrest people differently, and you still find that black offenders are more likely to be arrested than white offenders, what you’re left with is bias and discrimination,” Wenger said. “What other reason would you have to arrest the black offender and not the white offender?”

The team stressed that any disparity is significant, no matter how small, because it represents a difference in the lives of those impacted by discriminatory arrest practices.

The team said future research could examine the specific neighborhoods in which these diverse crime partnerships are taking place to examine how community characteristics play a role in arrest likelihood. They’re also interested in studying the makeup of the law enforcement agency making the arrest and examining how resources or training impact arrest disparities.