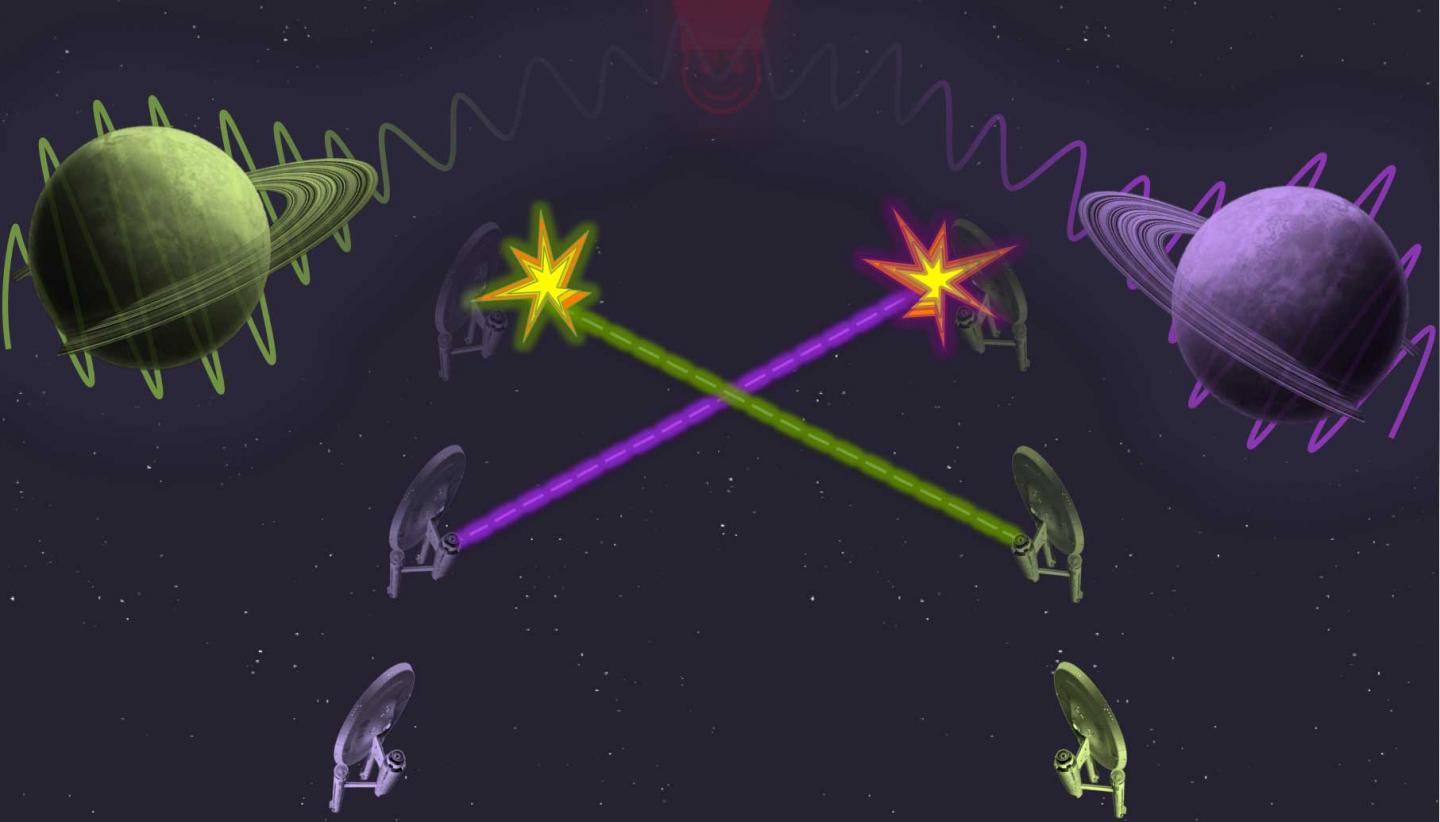 According to general relativity, the presence of a massive object slows down the flow of time. This means that a clock placed close to a massive object will run slower as compared to an identical one that is further away.

One of the open questions in physics is: What happens when an object massive enough to influence the flow of time is placed in a quantum superposition state?

This is a controversial topic: some physicists claim that such scenarios are fundamentally impossible – some new mechanism must block the superposition from forming in the first place – while others develop entire theories based on the assumption that this is possible.

“We started by tackling a question: what would a clock measure if it was influenced by a massive object in a quantum superposition state?” explains Magdalena Zych from the University of Queensland.

The scientists were expecting to face the roadblocks making the scenario impossible, but surprisingly, using standard textbook physics they were able to exactly describe what happens.

They so discovered that when a massive object is placed in a quantum superposition in the vicinity of a set of clocks, their time order can become genuinely quantum, defying any classical description.

Caslav Brukner, coauthor from the University of Vienna and the Austrian Academy of Sciences added that the regime where quantum time order could arise is quite remote from our everyday experience, “but the most important insight from our work is that quantum time order is at all possible, and that it results in new physical effects.”

To illustrate what happens, imagine a pair of starships training for a mission. They are asked to fire at each other at a specified time, and immediately start their engines in order to dodge each other’s attack. If either of the ships fires too early, it will destroy the other, and this establishes an unmistakable time order between the firing events. If a powerful agent could place a sufficiently massive object, say a planet, closer to one ship it would slow down its counting of time. As a result, the ship farther away from the mass will fire too early for the first one to escape.

The laws of quantum physics and gravity predict that by manipulating a quantum superposition state of the planet, the ships can end up in a superposition of either of them being destroyed. Such a superposition state, involving two systems, is called entangled. The new work shows that the temporal order among events can exhibit superposition and entanglement – genuinely quantum features of particular importance for testing quantum theory against alternatives. The result can now be used as a theoretical testing ground for frameworks for quantum gravity, and thus help to move forward in formulating the correct theory of quantum gravity.

The study will also be relevant for future quantum technologies. Quantum computers that exploit quantum order of performing operations might beat devices that operate using only fixed sequences. Practical implementations of quantum temporal order do not require extreme conditions–such as planets in superposition–and can be simulated without the use of gravity. The discovery of quantum properties of time can lead to better quantum devices in the upcoming era of quantum computers.

This part of information is sourced from https://www.eurekalert.org/pub_releases/2019-08/uov-qgt082219.php