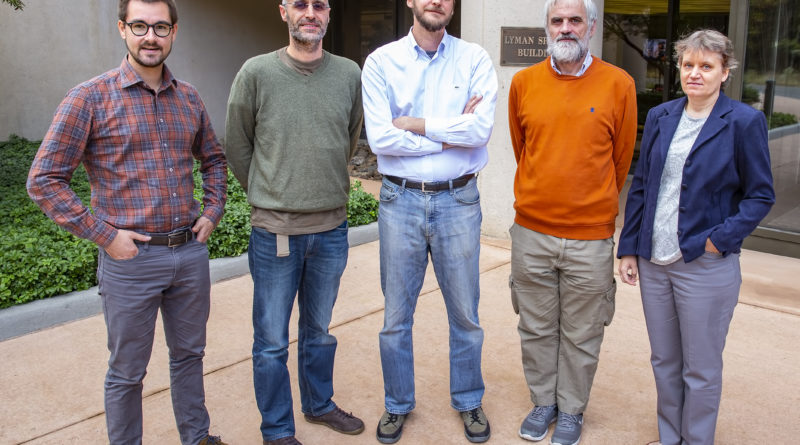 State-of-the-art computer codes and world-class expertise at the U.S. Department of Energy’s (DOE) Princeton Plasma Physics Laboratory (PPPL) will provide four of the first 12 collaborations under the newly created Innovation Network for Fusion Energy (INFUSE) program. The public-private partnerships, funded by the DOE Office of Science, are intended to speed the development on Earth of the fusion energy that powers the sun and stars.

Organizing the merit-based review of industry proposals were INFUSE Director Dennis Youchison of Oak Ridge National Laboratory and PPPL physicist Ahmed Diallo, INFUSE deputy director. The winning proposals, which are subject to a successful negotiation of a Cooperative Research and Development Agreement (CRADA) between the companies and the laboratory, will collaborate with PPPL on projects ranging from simulation of fast ions produced by fusion reactions to development of a switch for a device combining magnetic and inertial fusion.

“We believe the private sector has important contributions to make in the quest for fusion energy,” said James Van Dam, DOE Associate Director of Science for Fusion Energy Sciences. “This program is an excellent way to leverage the assets of both the private and public sectors in the effort to advance fusion energy science and technology.”

Fusion, the power that drives the sun and stars, combines light elements in the form of plasma — the hot, charged state of matter composed of free electrons and atomic nuclei — that generates massive amounts of energy. Scientists seek to replicate fusion on Earth for a virtually inexhaustible supply of power to generate electricity.

These companies will partner with PPPL and the physicists with whom they will collaborate:

• TAE Technologies is a private company working toward the development of a fusion reactor based on the field-reversed configuration (FRC) concept. The company will work with PPPL physicist Elena Belova and the advanced code that she has developed to study the combined effects of neutral beam injection (NBI) and rotation control methods on FRC global stability. In TAE experiments, NBI and rotation control are used to sustain and stabilize fusion plasma.

• TAE Technologies. This project calls for working with PPPL physicist Nicola Bertelli to perform high harmonic fast wave (HHFW) simulations for FRC plasmas and a University of California, Los Angeles (UCLA) device that has installed an HHFW antenna. These waves couple with electrons to heat and drive current in the plasma.

• Commonwealth Fusion Systems. This company has grown from the Massachusetts Institute of Technology (MIT) to develop high-temperature superconducting magnets to build smaller, lower-cost fusion reactors. Commonwealth will collaborate with PPPL physicists Gerrit Kramer and Mario Podesta to use their PPPL codes to simulate how the configuration of magnetic coils will affect the confinement of fast particles produced by fusion reactions.

• HelicitySpace. This startup company is developing a combined magnetic and inertial plasma confinement system to drive spacecraft and generate electricity. The company is working with PPPL engineer Clement Bovet to analyze several powering architectures and switch technologies to meet the physics requirements for an experiment.

All INFUSE partnerships will last one year. “These collaborations harness the expertise of national laboratories to further the realization of fusion energy,” said INFUSE Deputy Director Diallo.

PPPL, on Princeton University’s Forrestal Campus in Plainsboro, N.J., is devoted to creating new knowledge about the physics of plasmas — ultra-hot, charged gases — and to developing practical solutions for the creation of fusion energy. The Laboratory is managed by the University for the U.S. Department of Energy’s Office of Science, which is the single largest supporter of basic research in the physical sciences in the United States and is working to address some of the most pressing challenges of our time. For more information, visit energy.gov/science