The U.S. Department of Energy’s Princeton Plasma Physics Laboratory has a lot to celebrate this America Recycles Day after recently receiving the New Jersey Department of Environmental Protection’s Recycling Leadership Award for recycling 52 percent of solid waste and 82 percent of construction waste in 2020.

Members of PPPL’s Green Team accepted the award during a virtual ceremony on Oct. 20 at a meeting of the Association of New Jersey Recyclers.

“We appreciate this honor,” Mark Hughes, PPPL’s environmental compliance manager, said during the ceremony. “The achievement wouldn’t be possible without the collective effort of everyone on our staff. Thank you so much for this honor.”

The citation for the award noted that in addition to PPPL’s active recycling program, the Laboratory has several programs to reuse or recycle electrical, and Laboratory equipment, and furniture. PPPL requires staff to purchase office supplies made from recycled materials and computers and office equipment that can be reused or recycled.  PPPL received a gold EPEAT award from the non-profit Green Electronics Council last year for making 98 percent of its electronics purchases EPEAT certified. It was the sixth such award PPPL has received since 2015.

The Laboratory also promotes sustainable practices through staff events like its America Recycles Day and Earth Day celebrations, hosted by staff volunteers on the Green Team.

“I join with my colleagues at the Department of Environmental Protection in commending this year’s honorees for their great efforts to promote recycling and educate their communities about the importance of diverting waste, which helps to better protect our natural resources and reduce emissions that contribute to climate change,” said DEP Commissioner Shawn M. LaTourette in a press release.

Rob Sheneman, head of PPPL’s Environment, Safety and Health, noted that PPPL has exceeded federal requirements to recycle or reuse 50 percent of waste for at least the last decade and has had an active recycling program for the past 25 years. “It’s a recognition of the Lab’s long-term leadership in this space and the performance,” Sheneman said.

Sheneman credited the Laboratory’s staff with recycling cans, bottles, and paper at work janitorial staff for often sorting through waste to remove recycling. He also praised efforts by the Laboratory’s Green Team, led by Margaret Kevin-King, head of Buildings and Grounds, for promoting recycling and sustainable practices through staff America Recycles Day and Earth Day events and other efforts.

“I’m excited that we are receiving this award from NJDEP for Recycling Leadership,” Kevin-King said. “Thanks go to everyone for their contribution for this award. Every effort makes a difference. In our quest for clean energy, we continue to do our part to protect and sustain our communities, our environment, and our planet. Kudos to PPPL.”

The award is among several the Laboratory has received for its sustainable practices. In addition to the EPEAT award, PPPL received a DOE Sustainability Award last year for employing a greener way to treat water. In 2019, the Laboratory received six federal Green Challenges from the U.S. EPA’s Northeast Region.

PPPL, on Princeton University’s Forrestal Campus in Plainsboro, N.J., is devoted to creating new knowledge about the physics of plasmas — ultra-hot, charged gases — and to developing practical solutions for the creation of fusion energy. The Laboratory is managed by the University for the U.S. Department of Energy’s Office of Science, which is the largest single supporter of basic research in the physical sciences in the United States and is working to address some of the most pressing challenges of our time. For more information, please visit science.energy.gov. 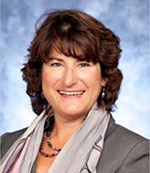