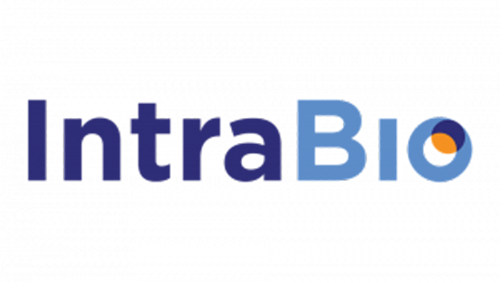 A multinational clinical trial of IB1001 for the treatment of Niemann-Pick disease Type C (NPC) demonstrated a statistically significant and clinically meaningful improvement in symptoms, functioning, and quality of life in both primary and topline secondary endpoints for both pediatric and adult patients with NPC.

The trial met its primary endpoint, the Clinical Impression of Change in Severity (CI-CS), which was assessed by blinded, centralized raters.

The trial also met topline secondary endpoints, including the Scale for the Assessment and Rating of Ataxia (SARA) and the Investigators’ Clinical Global Impression of Change (CGI-C) assessment.

IB1001 was observed to be safe and well-tolerated, with no drug-related serious adverse events.

Niemann-Pick disease Type C (NPC) is a rare (1:120,000 live births), prematurely fatal, autosomal recessive, lysosomal storage disorder.  The disease begins in early childhood and presents with systemic, psychiatric, and neurological symptoms, including cerebellar ataxia.  NPC is chronic and progressive in nature and is characterized by rapid degeneration of the cerebellum and major organ systems which severely impacts the quality of life.  There is no approved treatment for NPC in the United States.  Treatment of NPC in the European Union and several other countries is limited to the Johnson & Johnson (NYSE: JNJ) substrate reduction therapy drug Zavesca™ (miglustat).

The trial sponsor, IntraBio Inc, is a biopharmaceutical company with a late-stage drug pipeline including novel treatments for common and rare neurodegenerative diseases, including NPC, GM2 Gangliosidosis, and Ataxia-Telangiectasia.

“This treatment is a breakthrough for the NPC patient community,” said Professor Susanne Schneider, Principal Investigator, Ludwig Maximilians University of Munich.  “The statistically significant and clinically meaningful response in primary and topline secondary endpoints with IB1001, together with its compelling safety profile, easy oral administration [sachet mixed with water] affirm the very favorable risk/benefit profile of IB1001 as a treatment for this devastating disease.”

“IB1001 is part of IntraBio’s broad platform of novel treatments to provide neuroprotection, disease modification, and symptomatic relief from multiple neurodegenerative and lysosomal storage diseases,” noted Mallory Factor, Chairman of IntraBio Inc.  “We are currently trialing IB1001 treatment of GM2 (Tay-Sachs and Sandhoff disease) and Ataxia-Telangiectasia (AT).  IntraBio is preparing to initiate clinical trials with IB1001 for other rare and neurodegenerative diseases.”

The National Niemann-Pick Disease Foundation’s Executive Director Joslyn Crowe commented: “The exciting results of the IB1001 clinical trial bring new levels of hope and optimism to patients and families affected by Niemann-Pick disease type C.  There continues to be a critical need for new therapies to treat NPC and we are so grateful to our partners like IntraBio for their continued commitment to finding new treatments like IB1001.”

IB1001, N-acetyl-L-leucine, is an orally administered modified amino acid.  In vivo studies have identified N-acetyl-L-leucine to be the active isomer of N-acetyl-DL-leucine and can restore neuronal function and protect against/delay disease progression in multiple neurological circuits of the brain.  The mechanism of N-acetyl-L-leucine is known to be multi-modal, including altered glucose and antioxidant metabolism, reduced lysosomal storage, and the reduction of neuroinflammation in the cerebellum, leading to the attenuation of cell death.

Professor Antony Galione, FRS, FMedSci, Statutory Professor of Pharmacology, University of Oxford commented, “We are particularly excited from what we know from in vitro and in vivo studies into the cellular mechanisms that this drug, IB1001, has the potential to ameliorate not only rare genetic neurological diseases like NPC but also some of the more common neurodegenerative diseases prevalent in society with large unmet medical needs.”

IB1001-201 (NCT03759639) is a multinational clinical trial evaluating IB1001 for both the symptomatic and neuroprotective, disease-modifying treatment for adult and pediatric patients with NPC.  Patients aged 6 years and older were enrolled at trial sites in the United States, the United Kingdom, the European Union.

To investigate both the symptomatic and neuroprotective, disease-modifying effects of treatment, IB1001 is assessed during two treatment sequences: a “Parent Study” consisting of a baseline period (with or without a study-run in), a 6-week treatment period, followed by a 6-week post-treatment washout period for examining symptomatic relief, and an “Extension Phase”, during which patients receive treatment with IB1001 for 1 year to study the neuroprotective, disease-modifying effects.  Both the symptomatic and long-term benefits of treatment have previously been observed in observational clinical studies and are consistent with the pharmacological action of IB1001 demonstrated in in vitro and in vivo non-clinical studies.

In addition to Clinical Study IB1001-201, IntraBio is completing parallel multinational clinical trials with IB1001 for the treatment of GM2 Gangliosidosis (Tay-Sachs and Sandhoff disease; NCT03759665) and Ataxia-Telangiectasia (A-T; NCT03759678).  IntraBio is also preparing to initiate clinical trials of IB1001 for other rare and neurodegenerative diseases with high unmet medical needs.

IntraBio Inc is a biopharmaceutical company with a late-stage drug pipeline including novel treatments for common and rare neurodegenerative diseases.  IntraBio’s platform technologies result from decades of research and investment at premier universities and institutions worldwide.  Its clinical programs leverage the expertise in lysosomal function and intracellular calcium signaling of its scientific founders from the University of Oxford and the University of Munich.

IntraBio’s management team and consultants have a successful track record of drug development in the USA and Europe.  IntraBio’s team translates innovative scientific research in the fields of lysosomal biology, autophagy, and neurology into novel drugs for a broad spectrum of genetic and neurodegenerative diseases so to significantly improve the lives of patients and their families.

IntraBio Inc is a US corporation with its principal operations in Oxford, United Kingdom.