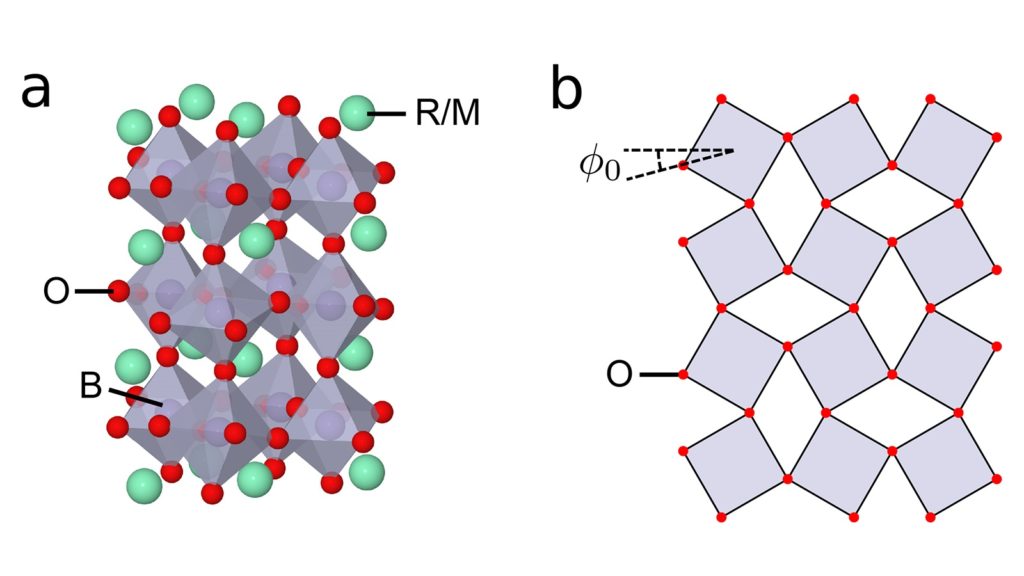 Phase transitions have long been of crucial importance to scientific research. The change from water to ice or steam is a simple example. A phase transition important to pioneering research today is that from metal to insulator in materials referred to as ​“correlated oxides.” Scientists have reaped many insights into phenomena like superconductivity and magnetism by studying what happens when a correlated oxide that conducts electricity with little or no resistance (metallike) changes to one that does not (insulator) as a result of changes in temperature, pressure, or other external fields.

In a paper in the journal Nature, Peter Littlewood, former director of the U.S. Department of Energy’s (DOE) Argonne National Laboratory (2014–2017), and his colleagues propose the most complete picture to date concerning the metal-insulator transition in transition metal oxides. These correlated oxides have fascinated scientists because of their many attractive electronic and magnetic properties.

“Importantly, our theoretical study applies to not just a single material, but a whole class of materials, and has many possible applications, including some relevant to ongoing and planned research programs at Argonne.” — Peter Littlewood, former Argonne director and current professor of physics at the University of Chicago.

“Tuning and control of this metal-insulator transition has been the source of much exciting new physics and promising materials applications, such as low-power and ultrafast microelectronics,” said Littlewood, currently professor of physics in the University of Chicago’s James Franck Institute with a joint appointment in Argonne’s Materials Science division and Executive Chairman of the Faraday Institution.

​“The way scientists in the past have typically tuned this metal-insulator transition is by adding electrons,” Littlewood said. ​“Research over several decades by others suggests that adjusting the size of an electronically inactive but structurally important ​‘vegetable ion’ within the oxide’s crystal structure also has a strong impact on the transition temperature.” However, the reason for this effect has not been well understood.

The team’s research focused on an important class of transition metal oxide — the perovskites. Along with oxygen, these oxides combine an electronically active ion and the electronically inactive vegetable ion. The latter ion can be any one of the many rare earth elements or alkaline earth metals. As a consequence, scientists can choose its atomic size to be relatively small or large without changing the related chemistry.

The left side of the accompanying image shows the basic crystal structure of a perovskite transition metal oxide. Each unit cell (grey diamonds) has eight sides, with oxygen atoms (red circles) situated at the six apexes and the transition metal (either manganese or nickel) hidden in the center. The green circles represent the vegetable ion, either a rare earth or alkaline earth metal.

Key to the authors’ pivotal discovery is the determination of the effect of the size of the rare earth or alkaline earth metal. Varying the size of this element changes the tilt angle introduced into the eight-sided units, shown in the right side of the accompanying figure. In turn, increasing the tilt angle results in various distortions and movements in the eight-sided units, which can stretch, shrink and rotate as a result of internal stresses.

“It is the dynamical fluctuations of these elastic degrees of freedom that are responsible for the observed thermal effects, which occur at temperatures much lower than accounted for in earlier models based purely on the electronically active ion,” Littlewood said.

On the basis of the above mechanism, the team was able to construct a theory that captures the relationship among the tilt angle induced by the vegetable ion size, the temperature of the metal-insulator transition and the degree of disorder in the perovskite crystal structure. Relatively simple calculations with the theory agreed well with experimental results from absolute zero to above 600 degrees Fahrenheit.

“Importantly, our theoretical study applies to not just a single material, but a whole class of materials, and has many possible applications, including some relevant to ongoing and planned research programs at Argonne,” said Littlewood.

In the emerging research area of next-generation microelectronics, for example, improved tuning and control of the metal-insulator transition holds the promise of a great leap forward in low-power and ultrafast microelectronics for computers that simulate brain processes.

In addition, scientists in Argonne’s world-class battery program might be able to use the theory as inspiration for designing better cathode materials for next-generation lithium-ion batteries. Some of the inspiration for the research by Littlewood’s team was John Goodenough’s trailblazing research on the metal-insulator transition many decades ago. Goodenough translated that understanding into the inspiration to invent the Li-ion battery, and this year won the Nobel Prize in chemistry for his work.

The Nature paper by Littlewood, Guzmán-Verri, and Richard Brierley is titled, ​“Cooperative elastic fluctuations provide tuning of the metal-insulator transition.”

This work was supported by the DOE Office of Science and the Vice-rectory for Research at the University of Costa Rica.