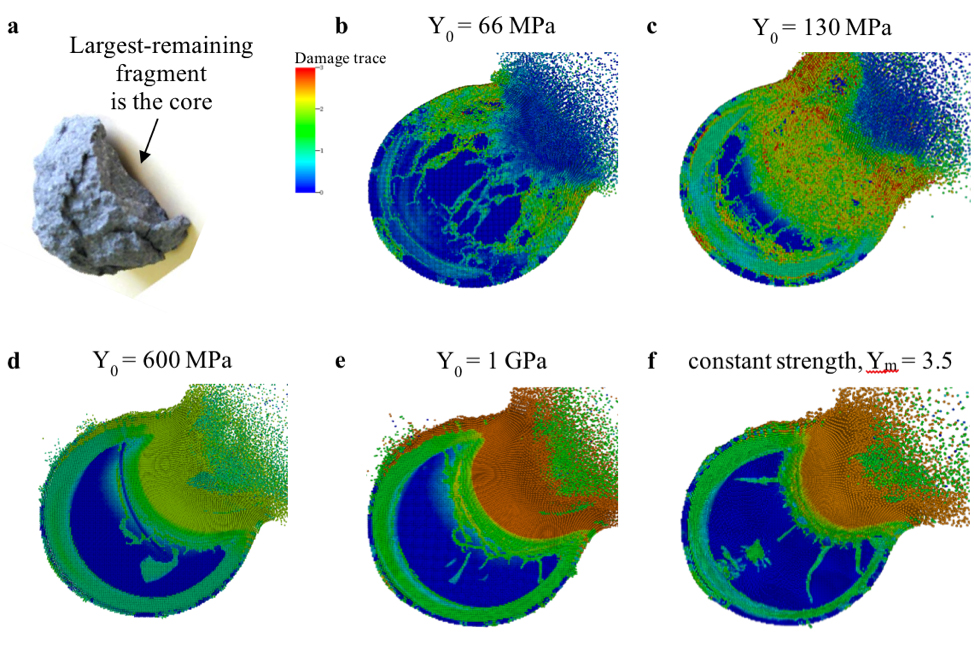 Planetary defense researchers at LLNL continue to validate their ability to accurately simulate how they might deflect an Earth-bound asteroid in a study that will be published in the April issue of the American Geophysical Union journal Earth and Space Science.

The study, led by LLNL physicist Tané Remington, also identified sensitivities in the code parameters that can help researchers working to design a modeling plan for the Double Asteroid Redirection Test (DART) mission in 2021, which will be the first-ever kinetic impact deflection demonstration on a near-Earth asteroid.

Asteroids have the potential to impact Earth and cause damage at the local to global scale. Humankind is capable of deflecting or disrupting a potentially hazardous object. However, due to the limited ability to perform experiments directly on asteroids, understanding how multiple variables might affect a kinetic deflection attempt relies upon large-scale hydrodynamic simulations thoroughly vetted against relevant laboratory‐scale experiments.

“We’re preparing for something that has a very low probability of happening in our lifetimes, but a very high consequence if it were to occur,” Remington said. “Time will be the enemy if we see something headed our way one day. We may have a limited window to deflect it, and we will want to be certain that we know how to avert disaster. That’s what this work is all about.”

This study investigated the accuracy of the codes by comparing simulation results to the data from a 1991 laboratory experiment conducted at Kyoto University where a hypervelocity projectile impacted a basalt sphere target.

These findings highlight the link between having properly validated codes and having the confidence needed to effectively plan a deflection mission. While no asteroids pose an immediate threat to Earth, LLNL researchers are collaborating with the NNSA and NASA in the development of a modeling plan for the DART mission. These finding will help the team hone their modeling plan for DART.

The DART spacecraft will launch in late July of 2021. The target is a binary (two asteroids orbiting each other) near-Earth asteroid named Didymos that is being intensely observed using telescopes on Earth to precisely measure its properties before impact. The DART spacecraft will deliberately crash into the smaller moonlet in the binary asteroid – dubbed Didymoon – in September of 2022 at a speed of approximately 6.6 km/s. The collision will change the speed of the moonlet in its orbit around the main body by a fraction of one percent, but this will change the orbital period of the moonlet by several minutes – enough to be observed and measured using telescopes on Earth.

“This study suggests that the DART mission will impart a smaller momentum transfer than previously calculated,” said Mike Owen, LLNL physicist, coauthor on the paper and developer of the Spheral code. “If there were an Earthbound asteroid, underestimating momentum transfer could mean the difference between a successful deflection mission and an impact. It’s critical we get the right answer. Having real world data to compare to is like having the answer in the back of the book.”