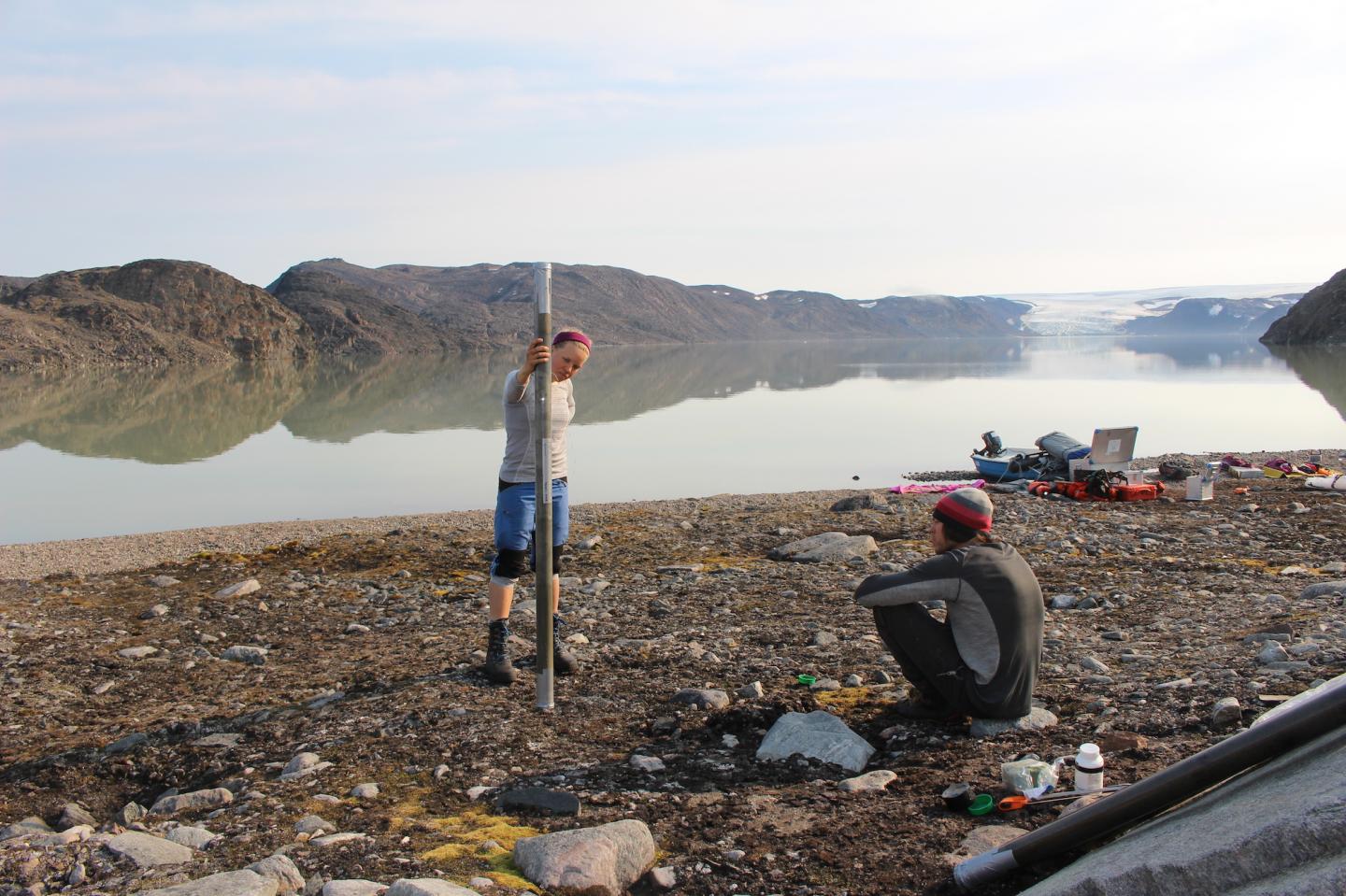 We all know we should fly less as a way to reduce our individual and collective effect on the global climate. But transforming that vague understanding into concrete reasons for action can be difficult — until now.

An international coalition of researchers can now tell you how much damage you’re doing to polar bear habitat when you get on a plane. Next time you take a round-trip flight from Oslo to Copenhagen, for example, you’ve just been responsible for emitting enough CO2 to melt nearly 1 m2 of Arctic summer sea ice.

“There are good numbers showing how CO2 emissions correlate with decreases in sea ice,” said Bjørn Munro Jenssen, a biologist at the Norwegian University of Science and Technology (NTNU) who has spent decades studying polar bears. “And we know that decreasing sea ice means less habitat for polar bears.”

Jenssen was senior author on a letter detailing the relationship as a way to encourage academics, in particular, to stop flying so much. The letter was published in Environment International.

To make their estimates, the researchers made a number of assumptions based on the published information.

They started with a 2016 research report in Science which describes how 30 years of September Arctic sea-ice data were used to estimate that each metric tonne of CO2 emitted causes a loss of 3 m2 of September sea-ice area. September is the month when summer sea-ice amounts are at their annual lowest.

That’s enough to melt 5470 km2 of sea ice, or the home range for four polar bears in the Hudson Bay area of Canada, Jenssen said.

While it’s possible to quibble with some of the researchers’ assumptions, the trend is indisputable, he said — more CO2 in the atmosphere means less sea ice, which is critical to polar bears.

One of the bigger ironies of climate research is that many of the researchers who study the consequences of global warming fly — often a lot.

“We’re supposed to be the ones contributing to saving the world, but we’re flying all over the place,” Jenssen said.

Sometimes, of course, it’s unavoidable, he said. For example, Jenssen can’t study polar bears without travelling to his research area on the Norwegian archipelago of Svalbard.

That’s also a problem for Sofia E. Kjellman, a PhD candidate at UIT — The Arctic University of Norway, who published an article about this dilemma in Nature in mid-2019.

Kjellman is also working on Svalbard on climate-related issues, often in remote areas that are only accessible by helicopter.

In an email, Kjellman wrote that she thinks researchers need to challenge the travel culture that pervades academia.

“I don’t think our research or careers have to suffer just because we choose to fly less,” she wrote. “I’ve been talking to my colleagues about the purpose of our trips — do we really need to go, or do we go mostly because we want to and have the funding to do so? Or maybe because of expectations from supervisors or collaborators? It seems like talking about it helps people evaluate their decisions and look for other solutions.”

Kjellman says she hasn’t figured out any new solutions to cutting her carbon footprint from flying, aside from simply flying less. Choosing less carbon-intensive travel, such as trains, is an option sometimes, as is attending conferences virtually, she said.

For example, she recently gave a presentation of the carbon footprint issue via a video connection to a workshop held by the Association of Polar Early Career Scientists in Stockholm about ethical and sustainable research.

“It went very smoothly and it was great to talk to other young researchers battling with similar thoughts,” she said in her email. “Avoiding flying can in some cases be limiting, of course, but I think I am getting better at prioritizing, which can be rewarding in itself.”

Kjellman and Jenssen and his co-authors are among a small but growing group of researchers who are giving their travel habits a hard look.

One of the more visible efforts is a website called No Fly Climate Sci, which was started in 2017 by a climate researcher from the Jet Propulsion Lab in Pasadena, California, Peter Kalmus.

Kalmus wrote on his website that he started the effort to raise the public’s sense of climate urgency in order to accelerate large-scale political action. He also wanted to give people who fly less a place to share their stories, so they would realize they weren’t alone.

To date, 538 people have registered with the site, describing how they have either cut their number of flights or stopped flying altogether.

And in a May 2019 article in Times Higher Education, New Zealand researcher Joanna Kidman issued a strong call to her fellow academics to do something about this issue:

“I think there is a day of reckoning coming for those of us in academia who, through wilful neglect rather than deliberate planning, are gambling away our futures, one air ticket at a time,” she wrote. “The deathly silence about our addiction to air travel needs to be broken as the Anthropocene era of human-driven climate change manifests itself all around us. It is high time.”