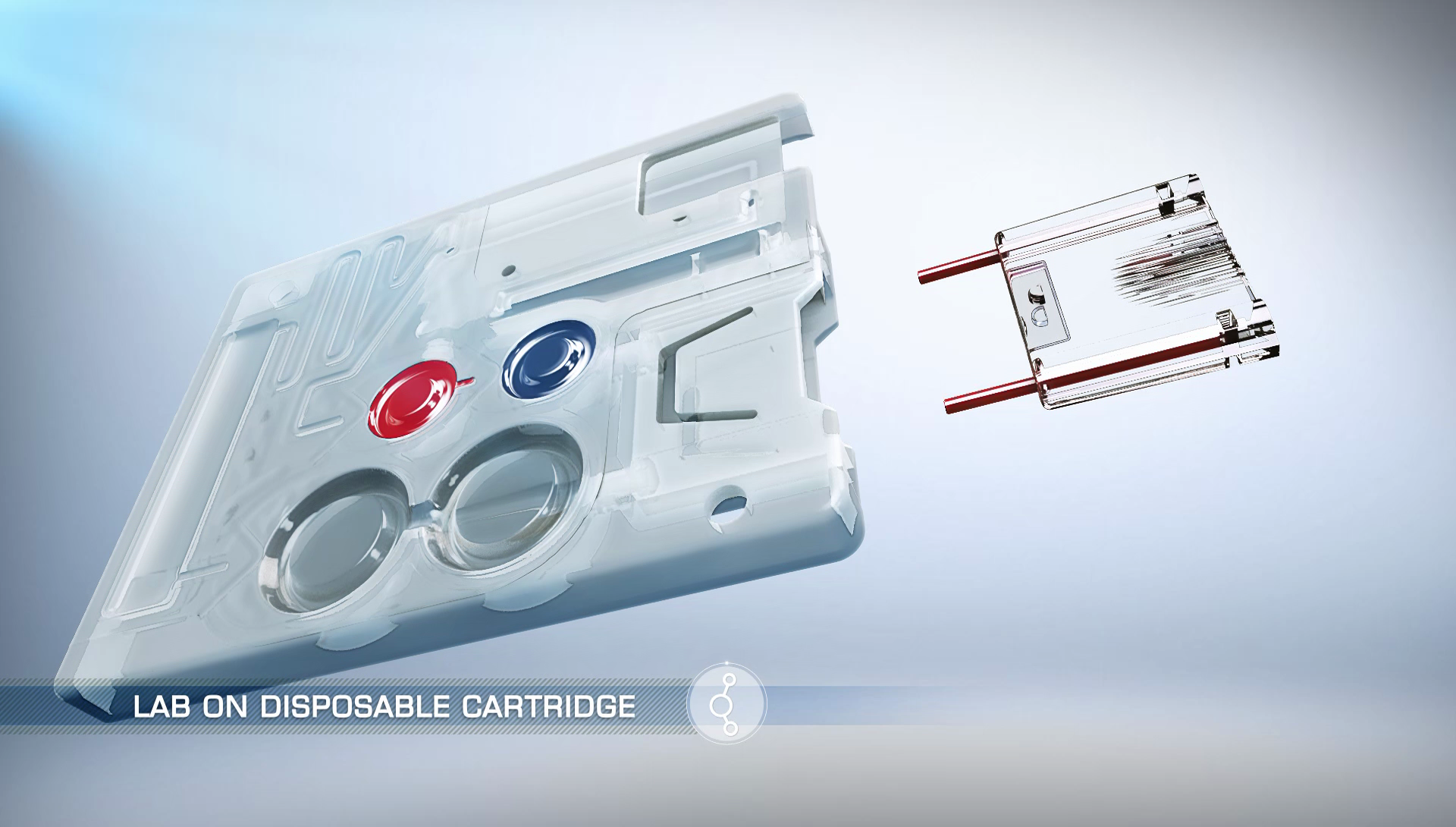 In the Point of Care community, the quest for CLIA waiver status has driven hematology Manufacturers to look for simpler, more failsafe, error free solutions for turning out a Complete Blood Count (CBC). Most of the current solutions require multiple methodologies (Channels) to measure various cellular components in a blood sample. The deficiencies of most methods are well documented from operational complexities to erroneous results subject to interfering substances.

The combination of these approaches is the key for facilitating rapid, lab-accurate results in a miniature, easy-to-use instrument. The assay specific cartridges cover a host of critical care diagnostic tests to include: Complete CBC with Differential, infection, cardiac and thrombosis markers. The CBC is FDA Cleared, with the remaining cartridges in development.

The HemoScreen technology is covered by over 22 issued and 14 pending patents in US, EU, Japan and China.

Visco Elastic Focusing (VEF) is a new physical phenomenon, discovered at the Technion in Israel. It causes cells to perfectly align into a single cell layer while flowing facilitating their optical analysis. Focusing of the cells is an inherent requirement in all cell counters, that is achieved through hydrodynamic focusing which is cumbersome, sensitive to vibrations, clogging and requires large volumes of reagents. In contrast, VEF is extremely robust. It uses minute reagent volume and requires no complex geometries thus becoming the key in our design of a simple, inexpensive disposable.

The HemoScreen cartridge executes a complex sample preparation procedure within a simple disposable. The process includes dozing a precise amount of sample, mixing it with several reagents in a series and in parallel, eventually displaying the resulting suspension to a sensor. All fluids safely remain within the cartridge during and after the operation, ensuring the reader is not contaminated. The fact that no fluids are flowed through the reader eliminates the need for maintenance and calibration procedure and reduces the volume of reagent used by order of magnitude.

The analysis is based on machine vision which is a much more powerful and modern approach for cell classification. In contrast to the existing laser scattering or electric impedance methods, hundreds of features are extracted from each cell providing significantly better clarity and differentiation capabilities. This facilitates the differentiation between sub-types of cells and enumeration of abnormal cells which can only be flagged by the current analyzers. Furthermore, vision helps detect a multitude of problems and instrument malfunction thus guaranteeing robustness and accuracy of results.

Please visit us at Booth 814 at the AACC