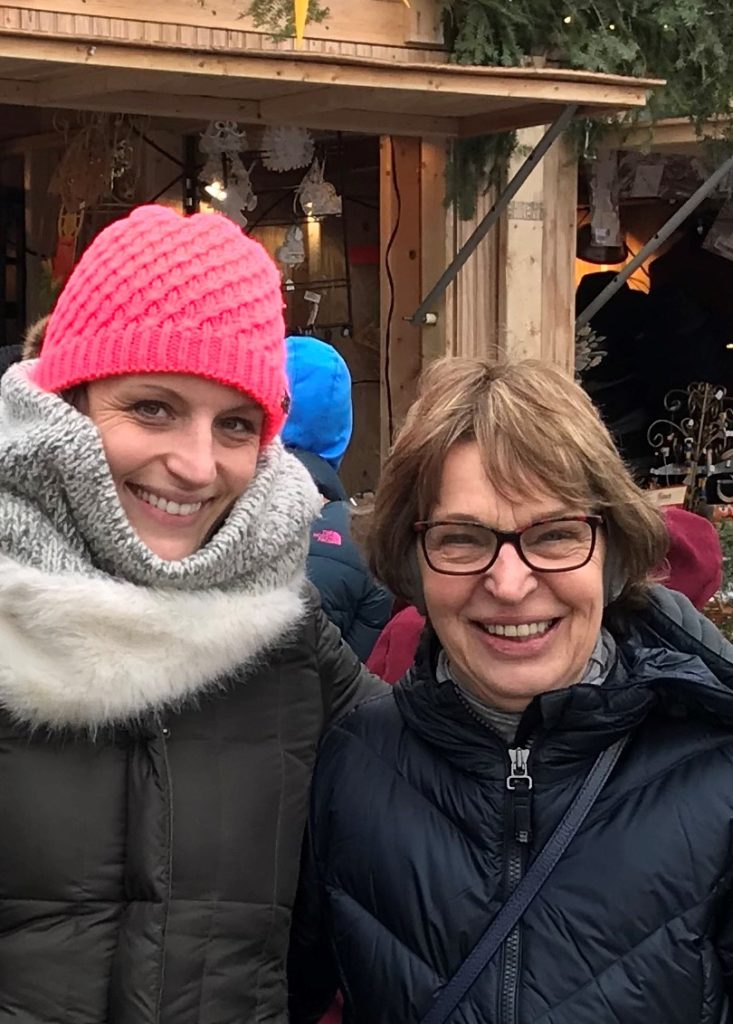 But when the oldest of Barbara’s four children began having seizures in college in 2005, Barbara couldn’t exactly take charge. Stacia was a legal adult who could make her own medical decisions. Though Barbara came to medical appointments, she wasn’t involved — not the way she would have been, had her daughter been a few years younger.

I need to know

“Being a parent of an adult child with epilepsy is a whole different ballgame,” said Barbara. “I didn’t receive any information from the doctors. I had to find it on my own.”

If anyone could find it, Barbara could; she’d been in library administration for decades, and information was her lifeblood. But the internet in 2005 was a mere shadow of what it is today. Barbara and her husband Greg were frustrated by what they found — or rather, what they didn’t find.

“The information was really difficult to find, and what I found wasn’t helpful at all,” Barbara recalled.

Stacia was in college six hours from home, but Barbara drove to each appointment to offer support and gather any information she could. Stacia wasn’t officially diagnosed with epilepsy, but she was prescribed an anti-epileptic medication. Barbara remembers that the side effects were such that Stacia tended not to take it regularly; this worried her. But she couldn’t force her daughter to take her medicine as directed.

Years later, Stacia called her parents with a formal diagnosis: mesial temporal sclerosis. This didn’t surprise Barbara; since Stacia’s first seizure, Barbara was almost sure that her daughter had epilepsy. Barbara had some experience with epilepsy; she knew someone who had the condition, and had witnessed a few seizures.

Barbara also knew about some of the challenges her acquaintance faced every day, both in the workplace and in life in general. So when Barbara imagined what her daughter’s future might be like, some of it frightened her.

The waiting is the hardest part

Stacia had only a couple of seizures in college, and then nothing. After graduation she moved west, to Nebraska, then Oregon. She also started having seizures again. Stacia was a TV reporter and a runner; she lived alone and drove to and from her job every day. The situation was a major source of stress and anxiety for her parents: That not-knowing, from day to day, whether their daughter would be safe.

Things. Like a seizure at Stacia’s apartment, where she lived alone. “I’d seen someone have a tonic-clonic seizure before, and I wondered what happens if you’re alone and you hurt yourself,” said Barbara. “It takes a while to come out of those seizures, and what if there’s no one there to help you?”

Things. Like a seizure due to the long and variable hours of Stacia’s job. “Her work schedule would change a lot; she’d have to go in early in the morning or late at night, and I knew that having disrupted sleep could increase the risk of seizures.”

Things. Like a seizure while traveling. “Stacia was flying home to attend a wedding and I was going to drive to Minneapolis to pick her up and go to the wedding with her,” said Barbara. “She was going to take the last flight from Chicago one night, but she had a seizure on the plane before takeoff so they took her to a hospital, which released her at 12:30 in the morning. She had to find a hotel on her own and fly to Minneapolis the next morning, with no one there to help her.”

Things. Like a seizure during a long-distance run. Stacia had always been a runner; after college, she began running longer distances and started marathon training. “One of the biggest fears I had was that someone could take advantage of her while she was running, or she could have a seizure and run into traffic,” said Barbara. “What if she had a seizure where she wouldn’t be safe?”

Barbara knew Stacia’s work schedule, so she had an idea of when her daughter would head out on her daily run. “Every day, I always kind of waited for a phone call” around that time, said Barbara. “If I didn’t get one, I’d know everything was okay.”

Greg’s main concern also was Stacia’s safety. When she was still able to drive, he worried she might have an accident. Her running regimen concerned him. “Just all the daily activities — safety was an issue,” he said. He kept his feelings to himself for the most part, however, because he didn’t want his wife to worry more than she already did.

Love is a long road

Barbara and Greg raised their four children to be independent. They were older parents; Barbara was in her mid-30s when Stacia was born and had an established career. “My friends would say ‘Your kids are so independent’ and I’d say well, they have to be I’m not there to do everything for them,” she said.

Barbara’s own family may have influenced her parenting philosophy. “My youngest brother had polio and he went through many surgeries,” she said. “He was never babied. My parents just treated him like that was part of his life and he had to cope with it.”

So it never entered Barbara’s mind to demand that Stacia make changes in her life for safety’s sake. “I might have wished she’d get a roommate or not go running,” Barbara admitted, “but I’m not going to tell any of my adult kids not to do something. You want to be protective, but you know you can’t.”

Barbara learned to cope with the unknown and not having control. She worked to accept the possibility that Stacia could, or would, be hurt due to a seizure.

“You go through a lot of emotions, and you have to cope with them,” she said. “Worry, anger, frustration, hope, helplessness, anxiety. They can take over your life, if you let them. How do you cope with them so that doesn’t happen?”

Both Greg and Barbara coped by staying busy and getting daily exercise. Barbara still takes long walks every day near her home in Park Rapids, Minn. “Those walks are my saving grace — that, and prayer,” she said. During Stacia’s two-week hospital stay for epilepsy surgery in 2015, Barbara walked to the Cathedral of St. Paul every day to pray. She didn’t want to be away from her daughter, but Greg would remind her that a caregiver has to care for themselves, too.

Stacia never saw her mother’s anxiety and fear until she talked with her just before going into surgery. Since then, Stacia has learned more about her mother’s experience as a caregiver, and her parents’ unwavering support. She lived at home for a year after her surgery; she was instructed not to lift so much as a gallon of milk by herself. Stacia couldn’t even bend over to tie her shoes. So her dad did that for her.

“Caregivers play a huge role in a successful medical outcome,” Stacia said. “Where would I be today without my family? But not everyone has a supportive family.”

You don’t know how it feels

It’s been more than a decade since Stacia’s first seizure, but Barbara still feels mostly alone in her experience. She coped with her emotions mostly on her own. “There are a lot of support groups out there, but I don’t know of one for people with adult children who have epilepsy,” she said. “It’s frustrating, especially in a rural area. I’d love to know how other parents of adult children with epilepsy handle all of this,” she said.

“All of this” includes the financial aspects of having an adult child with epilepsy. Many adults with epilepsy struggle to find employment. Data are scarce on the prospects of employment in adults after successful epilepsy surgery; the studies that do exist include wide age ranges (from teenagers to those in their 60s), as well as wide variations in education and previous employment experience, which can skew results.

Around the world, adults with active epilepsy still lose their jobs due to seizures. In the United States, the Americans with Disabilities Act technically protects them. Stacia—who lost a reporter position due to a seizure—is now a substitute teacher and books speaking engagements to discuss her experience. Based on the limited data that’s been published on employment after epilepsy surgery, Stacia’s prospects are relatively bright: She’s seizure free, was employed full-time before the surgery and is still relatively young. But Barbara is still concerned that her daughter hasn’t found a full-time job.

“I’ve not found any resources for organizations that help adults with epilepsy,” said Barbara. “Will they find employment? Will they have the financial resources to take care of themselves? We’re trying to help plan for her future because one of these years, we won’t be around anymore. I know her siblings will help if need be, but what about the adults with epilepsy who are out there on their own?”

Barbara does have a better understanding of epilepsy now, thanks to her daughter’s own efforts. Stacia produced a 2016 documentary, Brainstorm, which chronicles her own epilepsy diagnosis and treatment, as well as the experiences of former University of Minnesota football coach Jerry Kill and Atlanta middle-schooler Billy Drash.

“If I could have seen Stacia’s documentary in 2005, I would have had it made,” Barbara said. “She answered all of my questions. That section with Dr. Smith explaining to Stacia how her seizures happen — I still think about that several times a week. I thank her for making it, because now I understand, and that makes life a lot easier.”

Epilepsy’s invisibility makes it more difficult for people to understand it, talk about it and know what to expect. Greg was willing to talk to others about his daughter’s epilepsy, only to discover that most people — including a physician neighbor — knew little or nothing about the condition.

The invisibility also can lead to stigma, Barbara noted. On a vacation in Europe two years ago, she encountered a sales associate who had just witnessed someone having a seizure.

“He was upset. He said, ‘They shouldn’t be allowed in public! We shouldn’t have to look at a seizure!’ she said. “But if someone was in a wheelchair and came up to his counter, everything would be fine because you have some context of how to address them. Epilepsy is silent.”

The longtime library administrator knows that information can ease the stigma and help people understand. “If you know how a seizure happens, you can use that as a basis for coping,” she said. “Because seizures are scary and violent.”

She concludes with a sentence meant to describe a seizure, but it might also describe what it’s like to be the parent of someone with epilepsy.

“It frightens you, but you can’t walk away.”

Other articles in the caregiver series

Two families’ experiences with epilepsy: Effects on parents and siblings

One family channels stress into service 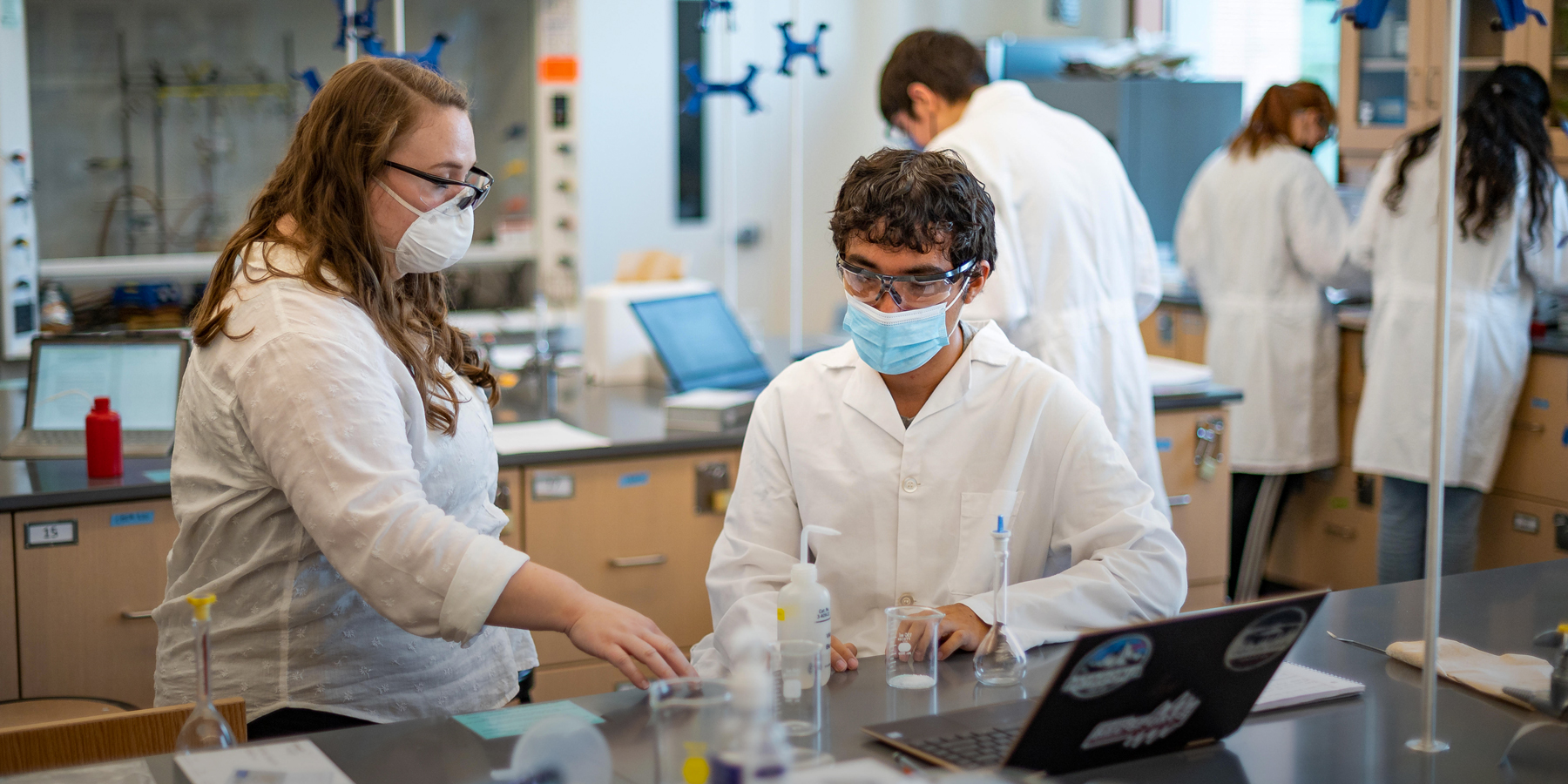