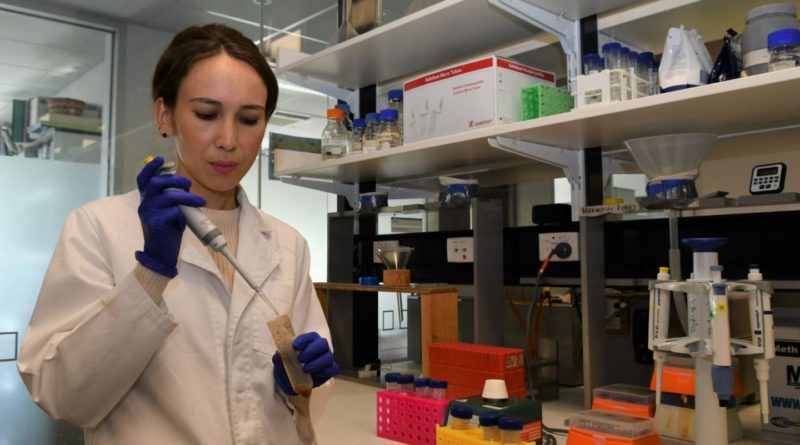 A human infective nematode found in remote northern areas of Australia has been identified in canine carriers for the first time.

Flinders University environmental health researchers, with experts in the USA, have found a form of the soil-borne

worm in faeces collected from dogs.

Strongyloidiasis, carried by several kinds of

, is estimated to infect up to 370 million people around the world, mainly in places with poor sanitation in developing or disadvantaged communities.

The infection in the gut remains hidden, but can cause abdominal pain, diarrhoea and bloating. Some people may experience nausea, vomiting, weight loss, weakness or constipation but doctors may not check for the condition. In chronic infections, skin and chest symptoms can persist but the condition often goes unchecked.

The Australian study, involving 273 dog faeces samples compared to four human samples were screened using real-time PCR, of which 47 dog and four human DNA samples were then amplified by conventional PCR with further sequencing. The complete set of amplified sequence variants (ASVs) was then analysed.

“Ultimately, we were able to confirm for the first time that potentially zoonotic S. stercoralis populations are present in Australia and suggest that dogs might represent a potential reservoir of human strongyloidiasis in remote Australian communities,” says Flinders PhD candidate Mira Beknazarova.

“Our study was able to independently support previous reports of at least two genetically distinct groups of S. stercoralis; one infecting both dogs and humans and another group that is specific to dogs,” she says.

Flinders University environmental health senior lecturer Dr Kirstin Ross, who regularly consults with remote Indigenous communities in Australia, says the study does not show direct transmission from dogs to humans, or vice-versa, but builds on the need for further investigations into preventative measures including better sanitation.

“Much needs to be done if you consider the risk to older and younger residents of Indigenous and non-Indigenous communities in northern Australia who are at risk of infection,” says Dr Ross, who has studied strongyloidiasis for many years.

“The latest results strongly support moves to treat both humans and dogs for the infection,” she says.

was found in dog faeces.

The infective form of the worm, the larva, lives in soil which has been contaminated by faeces of an infected person. If a person comes in contact with this soil, the larvae can burrow through the person’s skin and make its way to the lungs and then the gut where they eventually become adult worms.

Testing and treating for the larvae in human blood or faeces is often delayed by the slow acceleration of symptoms.

The findings, ‘Detection of classic and cryptic

This part of information is sourced from https://www.eurekalert.org/pub_releases/2019-08/fu-pwi082619.php