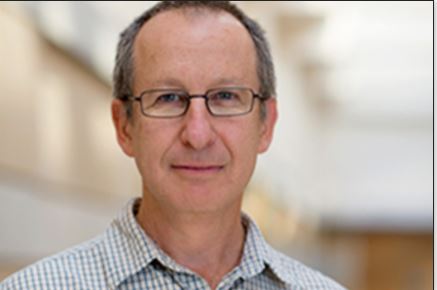 Asher Kaufman, University of Notre Dame professor of history and peace studies and director of the Kroc Institute for International Peace Studies, offers the following comments on the protests in Lebanon. His region of expertise is the modern Middle East with a particular focus on Lebanon, Israel, and Syria. His research interests include the history and legacy of nationalism and colonialism in the Middle East, border conflicts and dynamics, and the interplay between memory, history, and violence. Kaufman’s current project examines the 1982 Israeli invasion of Lebanon and the consequent 18-year occupation of South Lebanon from 1982 to 2000. In this project he studies questions of memory, forgetfulness, and silence within Israeli, Lebanese and Palestinian societies.

“The package of economic reforms approved today by Lebanon’s government in its attempt to quell the biggest protests to sweep the country in over a decade will not likely address protesters’ concerns and will not really deal with the root causes of their protest. These mass demonstrations are a powerful cross-sectarian expression of frustration and fatigue directed against the corrupt political class that have ruled over Lebanon since 1990 and even before. Lebanese politicians from all sects have used sectarian identity politics to perpetuate their control over the country and guarantee their own personal enrichment.

At the same time, state agencies have utterly failed to provide basic services such as electricity, drinking water, waste collection and personal safety. With an enormous public debt, Lebanese economy is on the verge of collapse. Many civil society activists hoped that the last parliamentary elections in May 2018 would challenge the power of the political class. But low voting turnout reflected the deep mistrust many Lebanese share towards the state and its political system and guaranteed the continued dominance of the old political class. Now these activists together with hundreds of thousands of Lebanese citizens are back in the streets demanding structural change that the current parliament and cabinet members would not be able to deliver since they are part of the problem; in fact, they are the ones who need to be held accountable for Lebanon’s current predicaments.

In the past, mass civil demonstrations in Lebanon have been co-opted by politicians who used political sectarianism to fuel identity politics and take the winds of change out of protest movements. Protesters now will have to determine what is the end goal of this protest movement. If it is just more bandage reforms initiated by the government, as seen by the reforms passed today, not much would change. If it is bringing down these politicians and the entire political class, then the question is who could replace them in running the state and how could it be done. The options for fundamental change are limited given the political structure and the resilience of sectarian politics that could easily move to the front of the protest movement and terminate its current cross-sectarian appeal. For now, though, Lebanese civil society is showing that it has the power to mobilize the population in the country in an inspiring way that we have not seen in the Middle East since 2011 with the start of the Arab uprisings. Those ended up not as their initiators had hoped for. Let us hope that these mass demonstration will not end in a similar way.”

If you would like to speak to Professor Kaufman, please contact me, or you can e-mail him directly at akaufma2@nd.edu. Notre Dame has an on-campus studio, so we can easily arrange radio/TV interviews.