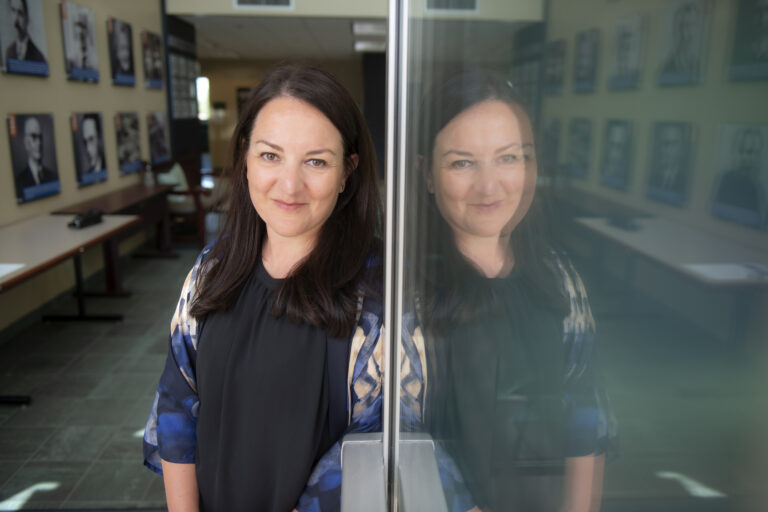 Last year’s lockdowns confined most people to their homes. For teenagers on summer break, a season usually dedicated to recreation and outdoor exploration, this meant long days of boredom. But for Nikhita Kaushik, who just finished her sophomore year at Irvine’s Arnold O. Beckman High School, the free time was a blessing. It enabled her to dive into her passion for neuroscience and establish the Southern California Youth Neuroscience Association.

Two years ago, Kaushik participated in the UCI Center for the Neurobiology of Learning and Memory’s Brain Camp, a two-week all-day summer program that introduces middle and high school students to the wonders of the brain. The immersive, lab-oriented experience stayed with her, deepening her interest in psychology and neuroscience. After the camp, Kaushik remembers thinking, “This is definitely what I want to do; this is the environment that I see myself being in.”

In the summer of 2020, she enrolled in the CNLM’s High School Journal Club, where she met virtually with other bright teens, UCI undergraduate and graduate students, and postdoctoral scholars to read and discuss neuroscience-related research articles. Together, they broke down the long and intimidating papers and made them accessible to the average teenager.

Building a community around science
Kaushik’s positive experiences with the programs gave her an idea. She contacted Manuella Oliveira Yassa, the CNLM’s director of outreach and education, and together they crafted a plan for the Southern California Youth Neuroscience Association. Driven by high school students with the support of UCI mentors, SCYNA would benefit campus scientists and local teens alike. Additionally, the organization’s high school members would give back to the community by volunteering their talents to educate younger children.

As the founding president of SCYNA, Kaushik developed a mission and a vision for what it could achieve. She rallied Brain Camp and Journal Club alumni as well as other interested high school students in Irvine to form a seven-member board of directors. On top of juggling a wide variety of extracurricular activities, the budding scientists manage everything from outreach and events to finances and web operations.

SCYNA was launched at the beginning of the 2020-21 academic year. It currently has nearly 100 members who meet every Sunday (and new members are currently being accepted). The association hosts panels and individual speakers on topics such as what it’s like to attend college or what daily life is like for a working scientist. Its biggest event, however, took place during Brain Awareness Week earlier this spring: the inaugural SCYNA Virtual Symposium.

Members formed groups to prepare brief lectures on neuroscience subjects and then received feedback from UCI graduate students in the weeks leading up to the event. More than 150 people from the community listened to the high schoolers discuss neurodegenerative diseases, hearing, neurotransmitters, memory, addiction, neuroplasticity, etc.

The week culminated with SCYNA’s NeuroArt Competition, a national contest that encouraged students to integrate science with art. The colorful results – with winners from first to 12th grade – offered a window into the various ways neuroscience inspires awe in inquisitive minds.

The future of neuroscience
In all, the events reflected the genuine interest teens have in a still-developing field. “There are so many things that are unknown about the brain, so the huge scope of things that you can research and learn about is very exciting,” Kaushik says. “I’m a pretty curious girl. I sometimes ask way too many questions, and in neuroscience there’s a lot of room for that.”

Neuroscience is not typically taught in the high school science curriculum. Dissections in biology classes rarely include the brain due to its complexity. “There is tremendous value in using neuroscience to attract students to careers in STEM, and that’s part of our mission in the CNLM,” Yassa says. “Having the opportunity to build relationships with real scientists and be part of the discovery process can make a lasting impact on the lives of children and adolescents. And the range of subjects in neuroscience research – all the way from molecules and cells to big topics like consciousness – is attractive to students. There’s a place for everyone here.”

Through their interactions in SCYNA, student members have learned about how youth function on certain sleep schedules (there’s a neuroscientific case for later school start times), how drugs influence brain development, why teen driving laws exist, how adolescents are biologically suited to arguing about their passions, and how science affects policy and daily life.

After graduating from high school, Kaushik hopes to pursue a bachelor’s degree in neuroscience and eventually attend graduate school to study the intersection of the brain and the immune system. She knows several people who have dealt with such diseases as Alzheimer’s and Parkinson’s and would like to make even a “small contribution” toward improving the lives of those afflicted.

For now, Kaushik’s not-so-small contributions through SCYNA are already making a difference. “At a time when so many were struggling, these kids created something that’s truly special,” Yassa says. “Their efforts will surely have a long-lasting impact on the Orange County community.”

NOTE TO EDITORS, PHOTO AND IMAGES AVAILABLE AT:
https://news.uci.edu/2021/06/23/nurturing-an-early-interest-in-neuroscience/