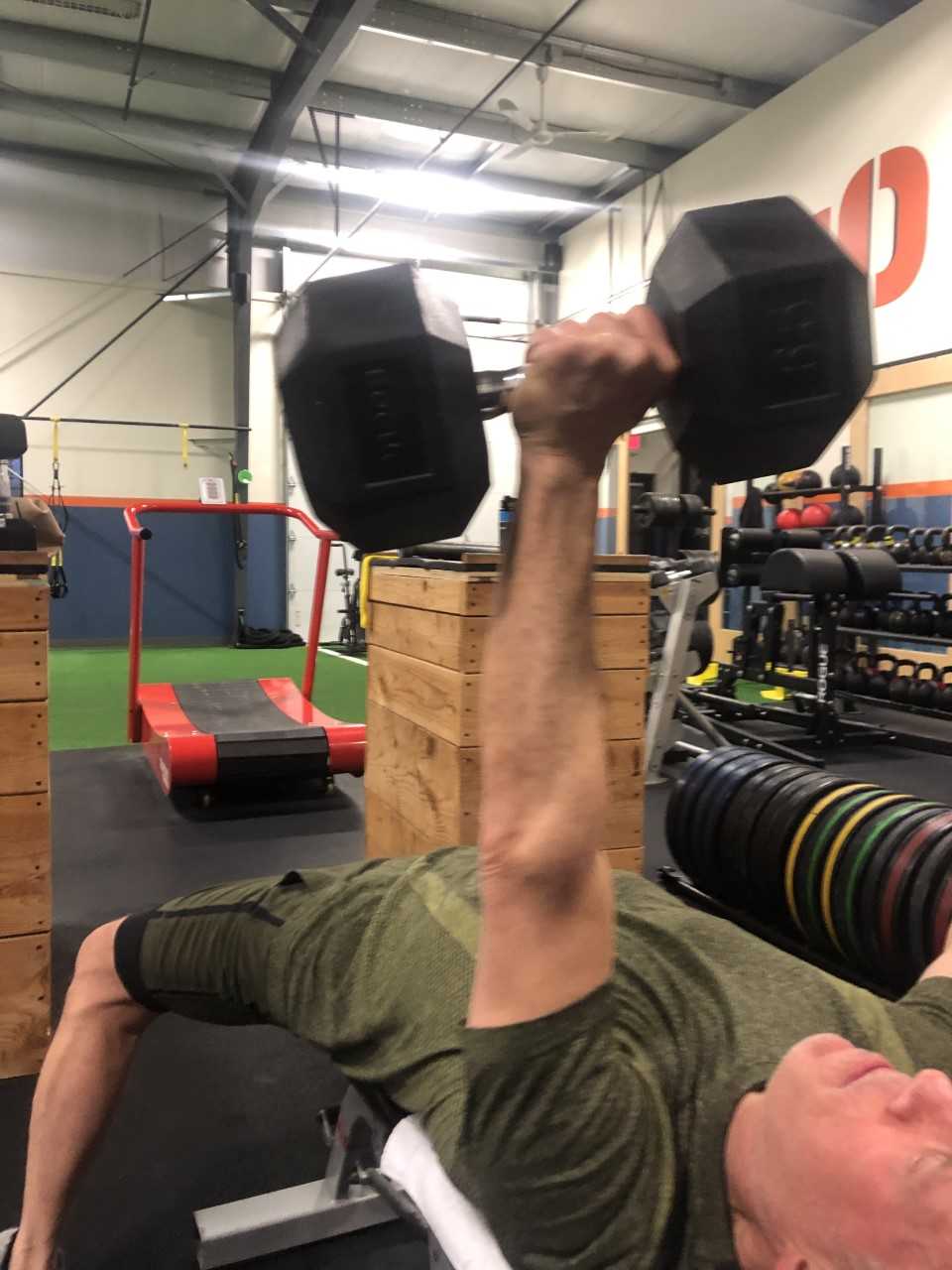 Over the past three decades, hand surgeon Scott Wolfe has been conducting research to find a better way to repair a common wrist injury that results in pain, disability and progressive arthritis. Now a new surgical procedure to repair a torn scapholunate ligament shows promise in relieving wrist pain and restoring function, according to Dr. Wolfe, Chief Emeritus of the Hand and Upper Extremity Service at Hospital for Special Surgery (HSS). He believes it may also prevent the arthritis that many people with the injury develop over time.

The scapholunate is a critical ligament that connects and stabilizes the scaphoid and lunate, two small bones near the center of the wrist. When an injury, often a fall on an outstretched hand, causes the ligament to rupture, patients can experience pain, lose grip strength and develop arthritis that gets worse as time goes on.

“When the ligament tears, the scaphoid and lunate bones will separate, start to rotate and degenerate. Some patients can feel the scaphoid popping in and out of its normal position,” Dr. Wolfe explains. Without treatment to repair the torn ligament, people ultimately develop a condition known as SLAC wrist. SLAC, which stands for “scapholunate advanced collapse,” is the most common form of post-traumatic arthritis in the wrist, affecting about four million people. As the bones rub abnormally against each other, their protective cartilage wears away.

“The injury most often affects healthy active people. When the ligament ruptures, any activity that combines wrist motion and wrist strength becomes difficult, if not impossible,” Dr. Wolfe says. “Affected patients report problems performing jobs that require manual work. They can no longer play sports such as golf or tennis, do yoga or Pilates, or work out with weights at the gym.”

Until now, surgery to reconstruct a torn scapholunate ligament has not been ideal, Dr. Wolfe says. The most common repair, which entails the use of metal wires and pins, fails in about 30 percent of patients.

In searching for a better treatment, Dr. Wolfe and his research team studied what happens in the wrist after the ligament tears in his laboratory. Once they identified the mechanism and involved ligaments, they presented and published their research in international forums and medical journals.  Dr. Wolfe and his associates have received awards for their work. At the same time, Dr. Michael Sandow, a colleague of Dr. Wolfe’s in Australia, developed a 3-D computer model to study the way the wrist bones move and identify the injury mechanism from a different perspective. Dr. Sandow arrived at the same conclusion and developed a novel technique to address all components of the injury. He published a paper documenting the surgery and outcomes in 10 patients at two years following surgery in the European Journal of Hand Surgery.

Dr. Wolfe is one of just a few hand surgeons in the U.S. performing the new procedure, known as ANAFAB (anatomic front and back repair). “The goal is to reconnect the bones and restore their normal motion to provide pain relief, make the wrist stable again and stop the arthritic process,” he explains.

Dr. Wolfe describes the surgery as a complex and highly technical procedure. “The critical ligaments in the front and the back of the wrist are reconstructed by using a portion of one of the tendons in the patient’s wrist, combined with a synthetic tape that’s 10 times stronger than steel, weight for weight. The tape is very strong, but also very lightweight and very thin,” he says. “The patient’s own tendon and this synthetic material are woven through the bones in such a way that the scapholunate ligament, as well as two other nearby ligaments, are repaired all at once. This brings the bones back into the proper position and stabilizes them, so abnormal movement is stopped.”

The new procedure is performed without the use of wires and pins, a major advantage, he says, as metal hardware in the wrist can loosen, become infected, fail and necessitate another surgery.

Dr. Wolfe has performed the ANAFAB procedure on 14 patients to date and is monitoring their progress. So far, so good. Fifty-eight-year-old Peter Shrair, a business/commercial real estate attorney from Longmeadow, Massachusetts, is doing well after having the surgery. He has sent Dr. Wolfe videos of himself doing pull-ups in the gym.

Mr. Shrair originally hurt his left wrist in 2017 while doing an exercise called a “power-clean” with a barbell. A steroid injection shortly after the injury provided relief, but by April 2018, he started having wrist pain that worsened as time went on. That’s when he was diagnosed with the ligament tear. He bought wrist wraps so he could continue to work out, tried physical therapy and saw a prominent hand surgeon at a highly regarded hospital in Boston Massachusetts. “He told me there was nothing I could do,” Mr. Shrair recalls.

It got to the point where his wrist felt sore all the time. To make matters worse, he was left-handed, and it became increasingly difficult for him perform basic activities, such as using a knife to eat, carrying a heavy book or exercising with his left hand. Mr. Shrair knew about HSS and decided to go online and do his own research. He found Dr. Wolfe, made an appointment and did not hesitate when Dr. Wolfe told him about the new surgery.  “Dr. Wolfe explained the procedure and recovery protocol to be sure I understood it and would follow it.”

Mr. Shrair had the procedure in November 2018 and says he has no regrets. “I’m 100 percent, I’m really doing great,” he says. “Dr. Wolfe’s explanation was accurate. I followed his protocol and had an outstanding result.” Mr. Shrair is now back to snow skiing, water skiing and working out at the gym.

Forty-year-old Asad Spahic, a mechanical engineer from Southington, Connecticut, also found Dr. Wolfe online. His ligament injury, sustained nine years earlier, had led to worsening wrist instability and weakness. He enjoyed participating in sports, but his wrist felt like it was giving way during certain activities, and he began to experience a dull ache. X-rays showed that arthritis was developing.

“A local doctor said the arthritis would get worse, the longer I waited to have surgery. I searched online for the best doctor I could find, reading medical journals,” Mr. Spahic said. He knew that once arthritis became severe, a wrist fusion was the standard procedure for pain relief, but a fusion would limit wrist motion and curtail his athletic activities.

He opted for the new surgery with Dr. Wolfe in May 2019. “My experience has been nothing short of phenomenal,” Mr. Spahic says. “I don’t even think about my wrist. I go skiing, I play soccer, although I use a wrist brace in case I fall because it’s been less than a year since my surgery. I have zero pain, zero problems, and the same strength as in my other wrist.“

Dr. Wolfe says he will continue to conduct follow-up to gauge the outcomes of ANAFAB surgery to see how patients fare over the long term. “The results are preliminary, but in my 30-year career I have not been this excited about this kind of ligament repair. We’re seeing patients who are now pain-free and back to activities they enjoy.”

HSS is the world’s leading academic medical center focused on musculoskeletal health. At its core is Hospital for Special Surgery, nationally ranked No. 1 in orthopedics (for the tenth consecutive year), No. 3 in rheumatology by U.S. News & World Report (2019-2020), and named a leader in pediatric orthopedics by U.S. News & World Report “Best Children’s Hospitals” list (2019-2020). Founded in 1863, the Hospital has one of the lowest infection rates in the country and was the first in New York State to receive Magnet Recognition for Excellence in Nursing Service from the American Nurses Credentialing Center four consecutive times. The global standard total knee replacement was developed at HSS in 1969. An affiliate of Weill Cornell Medical College, HSS has a main campus in New York City and facilities in New Jersey, Connecticut and in the Long Island and Westchester County regions of New York State. In addition, HSS will be opening a new facility in Florida in early 2020. In 2018, HSS provided care to 139,000 patients and performed more than 32,000 surgical procedures, and people from all 50 U.S. states and 80 countries travelled to receive care at HSS. There were more than 37,000 pediatric visits to the HSS Lerner Children’s Pavilion for treatment by a team of interdisciplinary experts. In addition to patient care, HSS leads the field in research, innovation and education. The HSS Research Institute comprises 20 laboratories and 300 staff members focused on leading the advancement of musculoskeletal health through prevention of degeneration, tissue repair and tissue regeneration. The HSS Global Innovation Institute was formed in 2016 to realize the potential of new drugs, therapeutics and devices. The HSS Education Institute is the world’s leading provider of education on musculoskeletal health, with its online learning platform offering more than 600 courses to more than 21,000 medical professional members worldwide. Through HSS Global Ventures, the institution is collaborating with medical centers and other organizations to advance the quality and value of musculoskeletal care and to make world-class HSS care more widely accessible nationally and internationally. www.hss.edu.