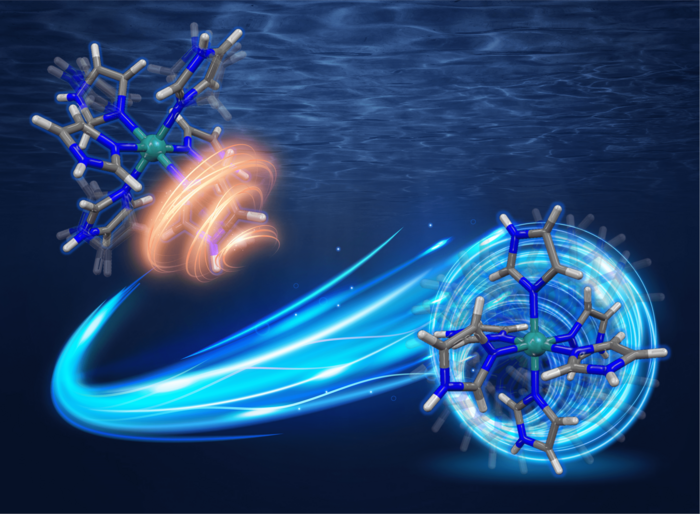 As the world is moving towards more environment-friendly and sustainable sources of energy, fuel cells are receiving a lot of attention. The main advantage of fuel cells is that they use hydrogen, a clean fuel, and produce only water as a by-product while generating electricity. This new and clean source of electricity could replace conventional lithium-ion batteries, which currently power all modern electronic devices.

Most fuel cells use a Nafion membrane— a synthetic polymer-based ionic membrane— which serve as a water-based proton conducting solid electrolyte. The use of water as a proton conduction medium, however, creates a major drawback for the fuel cell, namely the inability to function properly at temperatures above 100 ֯ C, the temperature at which water starts to boil, leading to a drop in proton conductivity. Therefore, there is a need for new proton conductors that can transfer protons efficiently even at such high temperatures.

In a recent breakthrough, a team of researchers from Japan, led by Prof. Makoto Tadokoro from Tokyo University of Science (TUS), reported a novel imidazole-imidazolate metal complex based high-temperature proton conductor that shows efficient proton conductivity even at 147°C (Fig.1). The research team included Dr. Fumiya Kobayashi from TUS, Dr. Tomoyuki Akutagawa and Dr. Norihisa Hoshino from Tohoku University, Dr. Hajime Kamebuchi from Nihon University, Dr. Motohiro Mizuno from Kanazawa University, and Dr. Jun Miyazaki from Tokyo Denki University.  “Imidazole, a nitrogen-containing organic compound, has gained popularity as an alternative proton conductor for its ability to operate even without water. However, it has a lower proton transfer rate than conventionally used Nafion and melts at 120°C. To overcome these issues, we introduced six imidazole moieties into a ruthenium (III) ion to design a new metal complex that operates as a multi-proton carrier and has high temperature stability,” explains Prof. Tadokoro when asked about the rationale behind their study, which was published online first on June 27, 2022 in Chemistry – A European Journal and featured on the front cover of the journal.

The team designed a new molecule where three imidazole (HIm) and three imidazolate (Im-­) groups were attached to a central ruthenium (III) ion (Ru3+). The resulting single molecular crystal was highly symmetrical and resembled a “starburst” shape. Upon investigating the proton conductivity of this starburst-type metal complex, the team found that each of the six imidazole groups attached to the Ru3+ ion acts as a proton transmitter. This made the molecule 6 times more potent than individual HIm molecules, which could only transport one proton at a time.

The team believes that their study could act as a new driving principle for proton-conducting solid-state electrolytes. The insights from their novel molecular design could be used to develop new high-temperature proton conductors as well as improve the functionality of the existing ones. “ Fuel cells hold the key to a cleaner and greener tomorrow. Our study offers a roadmap for improving the performance of these carbon-neutral energy resources at high temperatures by designing and implementing molecular proton conductors that can transfer protons efficiently at such temperatures, ” concludes Prof. Tadokoro.

Hopefully, we’re not too far from realizing a future based on fuel cells and clean energy.

About The Tokyo University of Science

Tokyo University of Science (TUS) is a well-known and respected university, and the largest science-specialized private research university in Japan, with four campuses in central Tokyo and its suburbs and in Hokkaido. Established in 1881, the university has continually contributed to Japan’s development in science through inculcating the love for science in researchers, technicians, and educators.

With a mission of “Creating science and technology for the harmonious development of nature, human beings, and society”, TUS has undertaken a wide range of research from basic to applied science. TUS has embraced a multidisciplinary approach to research and undertaken intensive study in some of today’s most vital fields. TUS is a meritocracy where the best in science is recognized and nurtured. It is the only private university in Japan that has produced a Nobel Prize winner and the only private university in Asia to produce Nobel Prize winners within the natural sciences field.

About Professor Makoto Tadokoro from Tokyo University of Science

Dr. Makoto Tadokoro is a Professor at the Faculty of Science Division I, Department of Chemistry at Tokyo University of Science (TUS), Japan. An inorganic chemist and materials scientist, he obtained his Ph.D. degree from Kyushu University, Japan, in 1992. He then went on to work at the Institute of Molecular Science as a Research Associate before he joined as an Associate professor at Osaka University in 1995. He joined TUS in 2005. His current areas of research include supramolecular coordination chemistry, water cluster science, molecular conductors, and protonics. He has over 160 published papers to his name, with about 2100 citations to his credit. He is also affiliated with various leading organizations in the field, such as the Chemical Society of Japan, and has won several awards for his work.

A step towards quantum gravity

Antarctica’s ice shelves could be melting faster than we thought