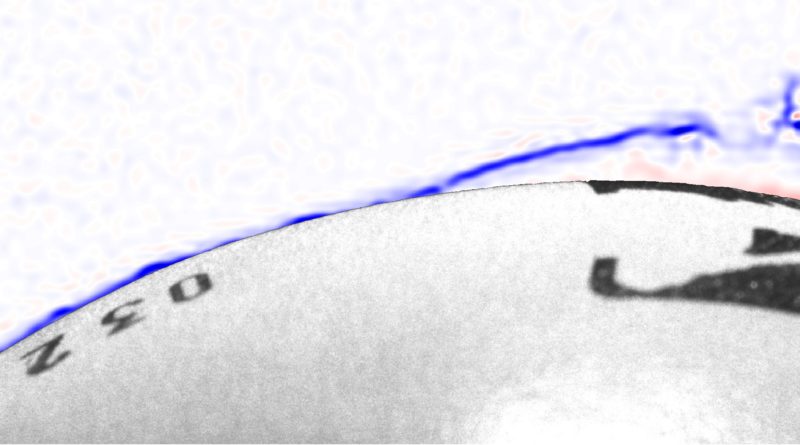 SEATTLE, November 24, 2019 – While changing the rotation rate/axis of a thrown baseball has long been a weapon in a pitcher’s arsenal, some pitchers, like Washington Nationals star Stephen Strasburg, manipulate the baseball’s wake to create unexpected movement from a familiar delivery of his changeup.

Barton Smith, an engineering professor at Utah State University, will discuss how the seams of the baseball influence its trajectory and speed toward home plate at the American Physical Society’s Division of Fluid Dynamics 72nd Annual Meeting in Seattle on Sunday, Nov. 24. The session, “The Baseball Seam: Clever and Capable Passive Flow Control,” will take place at 9:31 a.m. Pacific (U.S.) on Sunday, Nov. 24 at the Washington State Convention Center as part of the talk on drag reduction.

The Magnus Effect, which has been known since 1853, is the force exerted on a spinning object moving through the air. It is what pitchers use to create curveballs, sinkers, sliders, or any pitch with movement. Less is known about forces due to the wake of the ball.

Smith says he and his team, postgraduate student Andrew Smith and undergraduate John Garrett, have been examining the effects of the wake of the baseball as it travels through the air. A video produced for the APS/DFD Gallery of Fluid Motion at the annual meeting shows how a stable seam position on the ball can create a change in the wake. This change causes a pressure gradient that can force the ball downward or upward, left or right, depending on the position of the seam during its flight. Smith calls this seam shifted wake orientation.

“If you miss your mark slightly with a Magnus-dependent pitch, it moves slightly differently. If you miss your mark with seam orientation, it’s utterly different,” Smith says. “And I’m not sure how much margin there is.  I am only sure that (Strasburg) gets it right at least 10% of the time. (Nationals pitcher Max) Scherzer throws a pitch that looks the same to me, yet it never moves the same way.”