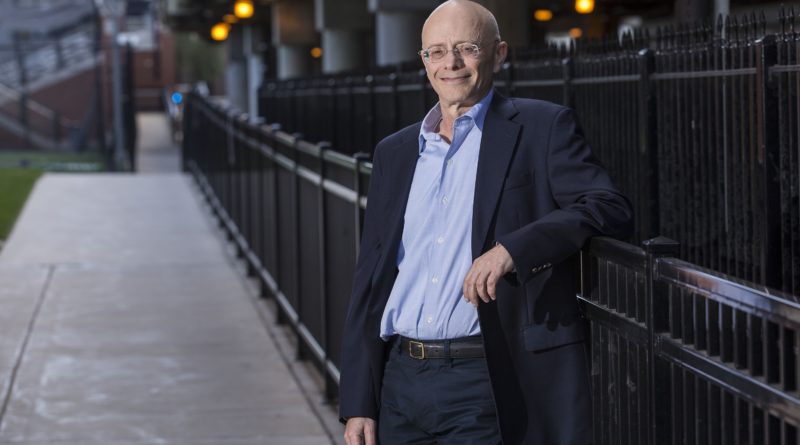 “We need to know what causes one of the most debilitating health conditions, which is ME/CFS. The best way to figure this out is to identify healthy individuals and then observe what occurs when they are infected with something that might be triggering the disease, such as a virus, like Epstein-Barr virus, the cause of infectious mononucleosis, then to see who recovers and who does not and why,” said Jason, a principal investigator of a new five-year, $2.8 million study funded by the National Institute of Neurological Disorders and Stroke, one of the National Institutes of Health.

“This study may help identify risk factors that make certain individuals more likely to develop ME/CFS after an infection and may provide additional insights into biological causes of this debilitating disease,” said Vicky Whittemore, program director at the National Institute of Neurological Disorders and Stroke.

One aim of the new study is to assess the natural history of and risk factors for the maintenance of ME/CFS following infectious mononucleosis (IM).

“Psychological, autonomic, and biological risk factors predispose people to developing ME/CFS following IM. We will determine which of these factors, if any, is also important for maintaining ME/CFS over time,” noted Jason, director of the Center for Community Research in DePaul’s College of Science and Health.

Working with Jason as co-principal investigator is Dr. Ben Z. Katz, a pediatric infectious disease specialist at the Ann & Robert H. Lurie Children’s Hospital of Chicago. Katz is also a professor of pediatrics at Northwestern University Feinberg School of Medicine. He has collaborated with Jason and his group since the late 1990s and has identified the incidence of chronic fatigue syndrome following infectious mononucleosis in adolescents.

Jason and Katz have considerable experience with and helped develop the National Institute of Neurological Diseases and Stroke common data elements for ME/CFS. Their work together has been able to launch a series of NIH-supported epidemiologic and prospective studies.

One of the starting points for this new research is data collected during a recently completed study from more than 4,500 healthy college students. The new study — “Maintenance and Incidence of ME/CFS following Mono” (NS111105-01 A1) — will investigate that data in addition to new data. Jacob Furst, a professor at the School of Computing in DePaul’s College of Computing and Digital Media, will assist with the analysis of the complex data set, noted Jason.

Aside from following those already identified with ME/CFS following IM, the researchers will also determine prospectively the incidence of ME/CFS in a sample of diverse college students whose ME/CFS was not triggered by IM in the previous data. They also will conduct qualitative in-depth interviews with follow-up participants that will explore perceptions of the following: major life changes, fluctuations in employment status, changes in somatic symptoms, changes in coping strategies, changes in physical and mental status, and the evolution of support systems to determine which if any of these factors are also important for the development and maintenance of ME/CFS in young adults.

While several studies have examined the relationship between infectious mononucleosis and the development of ME/CFS, it is unclear which psychological and biological variables are potential risk factors contributing to the development and maintenance of ME/CFS following IM, because few if any prospective studies have collected baseline data before the onset of IM, according to Jason.

This new study is unique, said Jason, in that it focuses “on a demographically diverse sample of college youth, using a prospective and longitudinal design following a known trigger (IM).”

Jason, who has secured more than $46 million in research grant support during his 45-year professional career at DePaul, hopes that by identifying risk factors in predisposing patients to developing and maintaining ME/CFS may help uncover underlying mechanisms of disease.