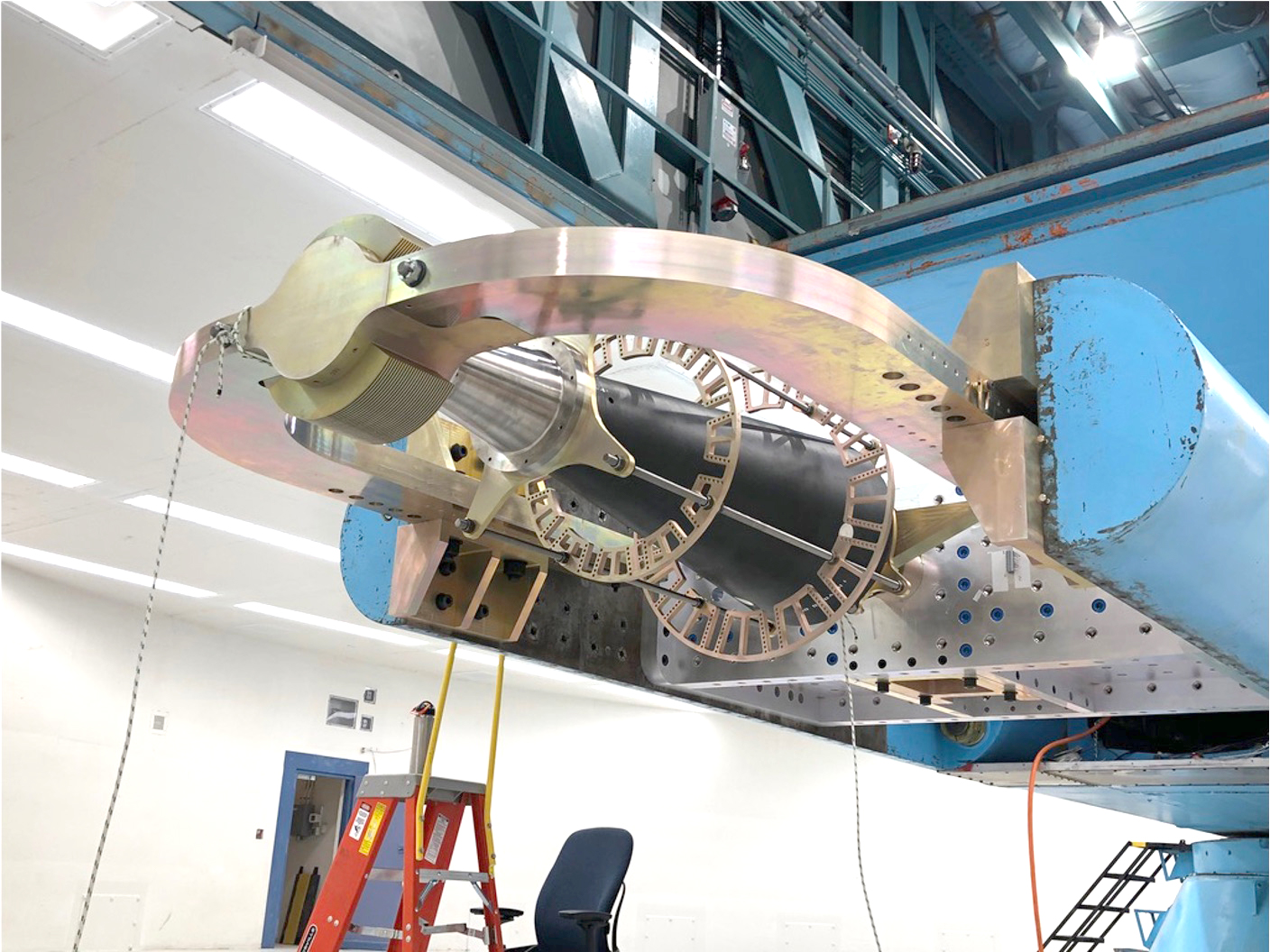 LIVERMORE, Calif. — A team of Sandia National Laboratories engineers developed a new testing capability in support of its nuclear weapons mission. The team completed their first combined-environments test on a full-scale weapons system at the Sandia Superfuge/Centrifuge complex in Albuquerque, New Mexico.

In a successful test, weapons engineers simulated three environments — acceleration, vibration and spin — simultaneously on an inert experimental test system built by Sandia and utilized in collaboration with Lawrence Livermore National Laboratory. In a laboratory setting, the test created the harsh environments that weapons systems experience from launch to reentry through the atmosphere.

Sandia is the design and engineering lab for most nonnuclear components in the U.S. nuclear weapons stockpile. The Nuclear Security Enterprise relies on Sandia for its sophisticated tests and computer models to qualify nonnuclear systems under its stockpile stewardship role. The labs’ work to modify and upgrade the stockpile through life extension and modernization programs ensures its safety, security and reliability.

Traditionally, engineers have simulated and tested each environment that weapons systems and components would experience — vibration, shock, spin and inertial load — separately. Over the years, Sandia has advanced these tests, developing capabilities to test more than one environment simultaneously.

“For the past decade, we’ve been running superfuge tests at Sandia, combining multiple environments. But we’ve really only done these tests on individual components and subassemblies,” explained Paulina Rabczak, an engineer from Sandia’s California laboratory working on the project.

“We’ve now successfully designed and built an extensive, large test fixture to support testing a full weapons system and put it through flight-like environments at the superfuge,” she said. “This is possibly the closest we can get to replicating an actual flight reentry event on the ground.” Albuquerque Superfuge/Centrifuge complex.

By reproducing a flight environment in a lab setting, engineers can achieve test repeatability, further improving the reliability of test data and maturing hardware, according to Rabczak. This is expected to lead to decreased qualification time and associated costs.

The newly developed test, completed under NNSA’s Office of Engineering and Technology Maturation, produces richer data and better insights and is a crucial step in advancing the qualification testing of weapons systems, explained Rabczak. Qualification tests are used to validate weapons design and systems performance.

“Understanding the impact of combined environments to our weapons systems has proven very valuable as our engineers produce new designs,” said Matt McDowell, an engineer at Sandia’s superfuge complex.

Collecting data from a superfuge test is technically challenging due to the large amount of it and the presence of multiple spinning joints, McDowell said. Engineers use the data collected from environmental testing to inform and improve their designs.

To support the data collection requirements for the full-system combined-environments test, engineers developed an onboard data acquisition system, which collected data from more than 200 sensors on the test unit.

The data collection system, designed jointly by telemetry and systems engineers at Sandia, rode along with the test unit, digitized the analog data close to the test and encoded the data using established protocols. Engineers were then able to pass hundreds of channels of digitized data down the centrifuge arm across a slip ring, a device that allows the transmission of electrical signals between stationary and rotating structures. The method would not have been possible using analog data.

“We aim to build on the successes we had in this initial test and expand this capability to further benefit our other nuclear deterrence programs across the labs,” McDowell said.