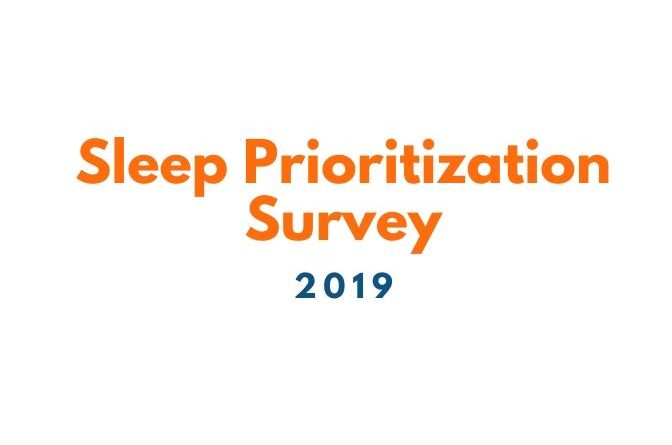 According to a new survey from the American Academy of Sleep Medicine (AASM), U.S. adults rank sleep as their second most important priority, following family. However, data show that Americans are often limiting their opportunities to get enough healthy sleep.

A primary culprit of sleep restriction? Binge-watching. In the AASM survey, a whopping 88% of U.S. adults admitted they had lost sleep due to staying up late to watch multiple episodes of a TV show or streaming series — and this number jumps to 95% when looking at 18-44-year-olds. Americans have also postponed their bedtime to read, play video games and watch sports.

“It’s encouraging that Americans rank sleep as one of their highest priorities, but choosing to binge on entertainment at night instead of sleeping has serious ramifications,” said AASM President Dr. Kelly A. Carden. “Sleep is essential to health, well-being and safety, and chronic insufficient sleep can lead to an increased risk of health problems, mood disorders and motor vehicle accidents.”

America has a binging problem

Binging can lead to guilt, frustration, worry — and even less sleep

Unfortunately, prioritizing entertainment instead of sleep can cause negative feelings. Nearly a quarter of respondents (24%) admitted feeling frustrated by missed bedtimes. These feelings are more likely in younger Americans, with those in Generation Z admitting that staying up past their bedtime causes them to feel frustrated (32%), worried (23%) and guilty (19%). These feelings can compound the insufficient sleep problem, as negative thoughts about missing sleep might make it harder to fall asleep — especially when one tries to make up for the lost time.

The AASM survey results underline a significant, health-threatening issue in today’s society: With endless distractions, technologies and entertainment options readily available, appropriately prioritizing sleep can be complicated, even for those who deem it to be important. Postponing sleep can have negative consequences, as a study previously published in the Journal of Clinical Sleep Medicine found that binge-watchers reported more fatigue, more symptoms of insomnia, poorer sleep quality and greater alertness prior to going to sleep.

To help prioritize sleep consistently, the AASM recommends practicing good sleep hygiene and following a bedtime routine — nightly habits that will help one wind down and get ready to sleep. The AASM’s bedtime calculator is a helpful tool to identify a customized, recommended bedtime by age and wake time. The AASM also offers tips for streaming shows without sacrificing sleep.

“Healthy sleep promotes physical health and mental well-being, boosts performance and reduces safety risks,” said Dr. Carden. “It is a necessity and needs to be a priority — no matter how intrigued you are by the show you are watching.”

The September 2019 AASM Sleep Prioritization Survey involved 2,003 adult participants in the U.S. The margin of error is +/- 2 percentage points with a confidence interval of 95 percent. Atomik Research, an independent market research agency, conducted the survey.