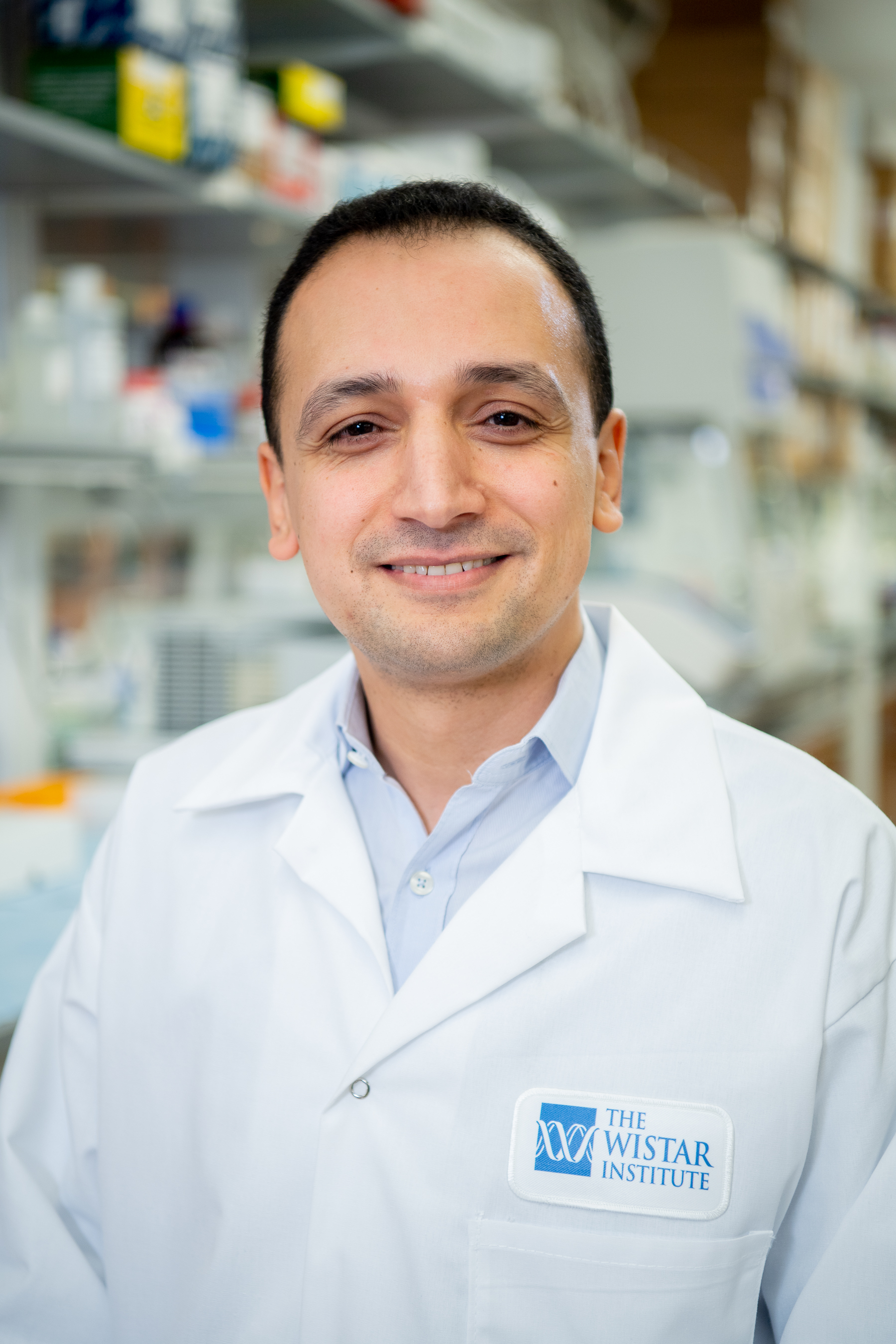 PHILADELPHIA — (August 4, 2020) — Scientists at The Wistar Institute may have discovered a new way of identifying and targeting hidden HIV viral reservoirs during treatment with antiretroviral therapy (ART). These findings were published today in Cell Reports and may have translational implications for improving the long-term care of HIV positive people.

ART has dramatically increased the health and life expectancy of HIV-infected individuals, suppressing virus replication in the host immune cells and stopping disease progression; however, low yet persistent amounts of virus remain in the blood and tissues despite therapy. Virus persistency limits immune recovery and is associated with chronic levels of inflammation so that treated HIV-infected individuals have higher risk of developing a number of diseases.

This persistent infection stems from the ability of HIV to hide in a rare population of CD4 T cells. Finding new markers to identify the virus reservoir is of paramount importance to achieve HIV eradication.

“With recent advances that we are making in the fields of glycobiology and glycoimmunology, it has become clear that the sugar molecules present on the surface of immune cells play a critical role in regulating their functions and fate,” said corresponding author Mohamed Abdel-Mohsen, Ph.D., assistant professor in The Wistar Institute Vaccine & Immunotherapy Center. “However, the relevance of host cell-surface glycosylation in HIV persistence remained largely unexplored, making it a ‘dark matter’ in our understanding of HIV latency. For the first time, we described a cell-surface glycomic signature that can impact HIV persistence.”

Persistently infected cells can be divided into two groups: cells where the virus is completely silent and does not produce any RNA (i.e., silent HIV reservoir); and cells where the virus produces low levels of RNA (i.e., active HIV reservoir). Targeting and eliminating both types of reservoirs is the focus of the quest for an HIV cure. A main challenge in this quest is that we do not have a clear understanding of how these two types of infected cells are different from each other and from HIV-uninfected cells. Therefore, identifying markers that can distinguish these cells from each other is critical.

For their studies, Abdel-Mohsen and colleagues used a primary cell model of HIV latency to characterize the cell-surface glycomes of HIV-infected cells. They confirmed their results in CD4 cells directly isolated from HIV-infected individuals on ART.

They identified a process called fucosylation as a feature of persistently infected T cells in which the viral genome is actively being transcribed. Fucosylation is the attachment of a sugar molecule called fucose to proteins present on the cell surface and is critical for T-cell activation.

Researchers also found that the expression of a specific fucosylated antigen called Sialyl-LewisX (SLeX) identifies persistent HIV transcription in vivo and that primary CD4 T cells with high levels of SLeX have higher levels of T-cell pathways and proteins known to drive HIV transcription during ART. Such glycosylation patterns were not found on HIV-infected cells in which the virus is transcriptionally inactive, providing a distinguishing feature between these two cell compartments. Interestingly, researchers also found that HIV itself promotes these cell-surface glycomic changes.

Importantly, having a high level of SLeX is a feature of some cancer cells that allow them to metastasize (spread to other sites in the body). Indeed, researchers found that HIV-infected cells with high levels of SLeX are enriched with molecular pathways involved in trafficking between blood and tissues. These differential levels of trafficking might play an important role in the persistence of HIV in tissues, which are the main sites where HIV hides during ART.

Based on these findings, the role of fucosylation in HIV persistence warrants further studies to identify how it contributes to HIV persistence and how it could be used to target HIV reservoirs in blood and tissues.

Co-authors: Co-first authors are Florent Colomb, Leila B. Giron, and Opeyemi S. Adeniji from Wistar and Leticia Kuri-Cervantes from University of Pennsylvania; Other authors include Harsh Dweep and Andrew V. Kossenkov from Wistar; Michael R. Betts from University of Pennsylvania; Tongcui Ma and Nadia R. Roan from University of California San Francisco and Gladstone Institutes; Emilie Battivelli and Eric Verdin from The Buck Institute for Research on Aging; Clovis S. Palmer from The Burnet Institute, Australia; and Hiroaki Tateno from National Institute of Advanced Industrial Science and Technology, Japan.

The Wistar Institute is an international leader in biomedical research with special expertise in cancer research and vaccine development. Founded in 1892 as the first independent nonprofit biomedical research institute in the United States, Wistar has held the prestigious Cancer Center designation from the National Cancer Institute since 1972. The Institute works actively to ensure that research advances move from the laboratory to the clinic as quickly as possible. wistar.org.