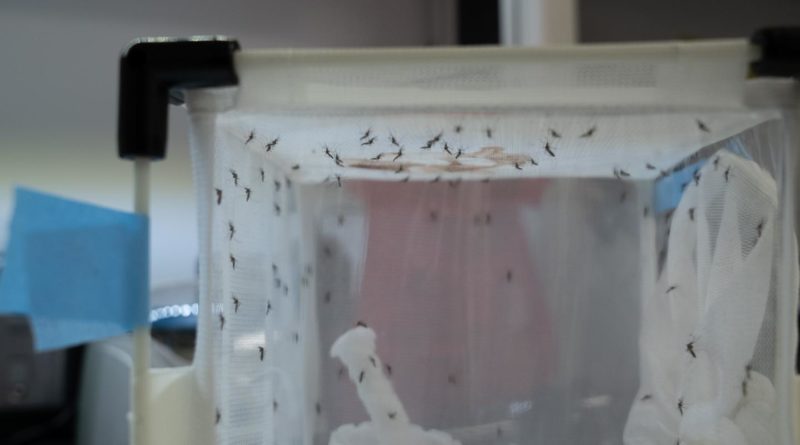 mosquitoes. Now a team of international researchers has found that Wolbachia’s ability to block virus transmission may be maintained by natural selection, alleviating concern that this benefit could diminish over time.

“The results of our study have significant implications for the continued use of Wolbachia as a biocontrol agent for this disease,” said Elizabeth McGraw, professor and Huck Scholar in Entomology at Penn State, and formerly a professor at Monash University.

The team also discovered a gene within

that is likely involved in Wolbachia’s ability to interfere with viral replication, shedding light on a possible mechanism for the blocking trait.

According to McGraw, Wolbachia bacteria occur in many insects, including some mosquitoes, but they do not naturally occur in

, the mosquito species that transmits dengue virus. The bacteria were introduced to

in 2011 and since have been released in trials in several countries, including Australia, Brazil, Colombia, Vietnam and Indonesia, to assess the ability of the bacterium to control the spread of disease.

To investigate the stability of Wolbachia as a virus blocker within

, McGraw and her colleagues used artificial selection in the laboratory to select for high and low dengue blocking abilities in

. Next, they sequenced the genomes of these two groups, identified areas that differed and measured the insects’ fitness–or ability to survive and reproduce. The team’s results appear today (Aug. 26) in

“There has been concern that dengue virus could evolve an ability to sneak past Wolbachia or that the insects themselves could evolve resistance to Wolbachia,” said McGraw. “We found that mosquitoes exhibiting better blocking had increased fitness, at least under idealized conditions in the laboratory, suggesting the potential for natural selection to maintain blocking.”

By comparing the genomes of high and low dengue blockers, the team identified a specific gene–AAEL023845, a cadherin protein–that likely is involved in virus blocking.

“We found that much of the genetic variation determining Wolbachia’s anti-viral effect was within a mosquito gene controlling cell-to-cell adhesion,” said Suzanne Ford, postdoctoral researcher at the University of Oxford and former postdoctoral scholar in entomology at Penn State. “Increased expression of this gene was associated with increased Wolbachia-mediated protection against viruses.”

“Our data do not support either of these theories,” said McGraw. “Instead, our results suggest that the cadherin gene may affect cell-to-cell signaling or movement of viruses within cells, altering the virus’s ability to enter cells, replicate within them and then exit.”

McGraw noted that researchers in the field have long struggled with the concept of Wolbachia-mediated blocking–what it is and how it works.

“Our findings give us a new direction to study with respect to the basis of Wolbachia’s blocking of dengue virus,” she said.

Ford added that the research is important to understanding the long-term stability of Wolbachia as a biocontrol agent against mosquito-borne viruses.

“By defining this mechanism and understanding how selection might act upon it,” said Ford, “we will be better able to predict how effective Wolbachia will be as a biocontrol agent.”

The National Health and Medical Research Council of Australia supported this research.

EDITORS: Elizabeth McGraw is available at

This part of information is sourced from https://www.eurekalert.org/pub_releases/2019-08/ps-nrp082319.php