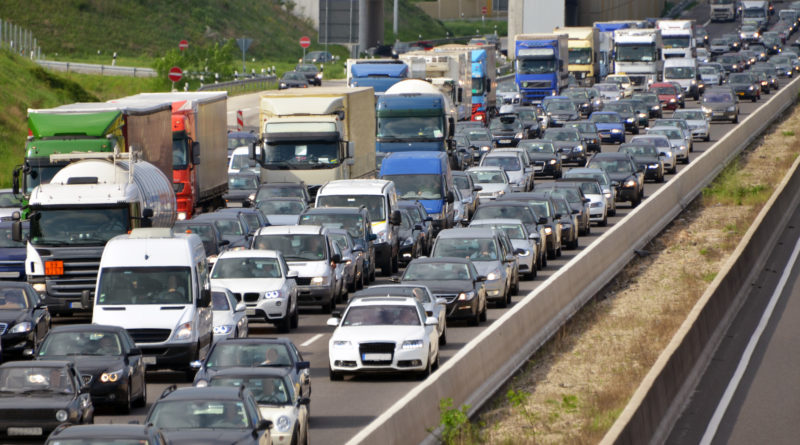 The study by the Environmental Committee of the Forum of International Respiratory Societies (FIRS) reviewed interventions that have reduced air pollution at its source. It looked for outcomes and time to achieve those outcomes in several settings, finding that the improvements in health were striking. Starting at week one of a ban on smoking in Ireland, for example, there was a 13 percent drop in all-cause mortality, a 26 percent reduction in ischemic heart disease, a 32 percent reduction in stroke, and a 38 percent reduction in chronic obstructive pulmonary disease (COPD). Interestingly, the greatest benefits in that case occurred among non-smokers.

“We knew there were benefits from pollution control, but the magnitude and relatively short time duration to accomplish them were impressive,” said lead author of the report, Dean Schraufnagel, MD, ATSF. “Our findings indicate almost immediate and substantial effects on health outcomes followed reduced exposure to air pollution. It’s critical that governments adopt and enforce WHO guidelines for air pollution immediately.”

In the United States, a 13-month closure of a steel mill in Utah resulted in reducing hospitalizations for pneumonia, pleurisy, bronchitis and asthma by half. School absenteeism decreased by 40 percent, and daily mortality fell by 16 percent for every 100 µg/m3 PM10 (a pollutant) decrease. Women who were pregnant during the mill closing were less likely to have premature births.

A 17-day “transportation strategy,” in Atlanta, Georgia during the 1996 Olympic Games involved closing parts of the city to help athletes make it to their events on time, but also greatly decreased air pollution. In the following four weeks, children’s visits for asthma to clinics dropped by more than 40 percent and trips to emergency departments by 11 percent. Hospitalizations for asthma decreased by 19 percent. Similarly, when China imposed factory and travel restrictions for the Beijing Olympics, lung function improved within two months, with fewer asthma-related physician visits and less cardiovascular mortality.

The report also examines the impact of environmental policies economically. It highlights that 25 years after enactment of the Clean Air Act, the U.S. EPA estimated that the health benefits exceeded the cost by 32:1, saving 2 trillion dollars, and has been heralded as one of the most effective public health policies of all time in the United States. Emissions of the major pollutants (particulate matter [PM], sulfur oxides, nitrogen oxides, carbon monoxide, volatile organic compounds, and lead) were reduced by 73 percent between 1990 and 2015 while the U.S. gross domestic product grew by more than 250 percent.

Given these findings, Dr. Schraufnagel has hope. “Air pollution is largely an avoidable health risk that affects everyone. Urban growth, expanding industrialization, global warming, and new knowledge of the harm of air pollution raise the degree of urgency for pollution control and stress the consequences of inaction,” he says. “Fortunately, reducing air pollution can result in prompt and substantial health gains. Sweeping policies affecting a whole country can reduce all-cause mortality within weeks. Local programs, such as reducing traffic, have also promptly improved many health measures.”