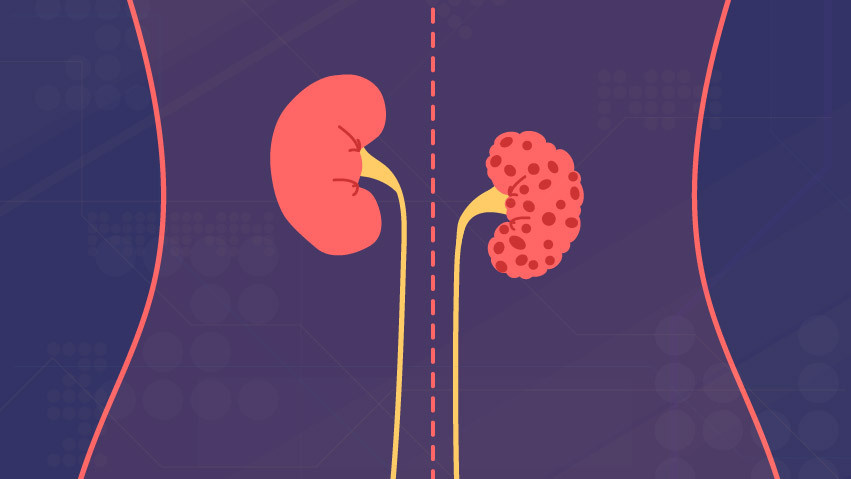 Kidney injury is a dreaded complication of commonly performed procedures such as coronary angiography or cardiac surgery, often stopping physicians and patients in their tracks.

New research from the Michigan Medicine Frankel Cardiovascular Center, in collaboration with other institutions, uncovers a treatment target that researchers say could dramatically change the outlook of patients at risk of kidney injury: soluble urokinase plasminogen activator receptor, or suPAR for short.

It comes at a time when new options for these patients are sorely needed, says lead author Salim Hayek, M.D., a cardiologist at the Frankel CVC.

“After decades with little progress in the management of kidney disease, we have on our hands a promising new target to prevent acute kidney injury,” Hayek says.

His latest paper, published in the New England Journal of Medicine, adds to the mounting evidence that physicians should pay attention to suPAR, which originates from the bone marrow and is the circulating form of a protein that’s expressed on immune cells.

“We have known for some time now of suPAR’s important role in kidney disease. Here we show that suPAR is relevant in important clinical situations such as coronary angiography and cardiac surgery, and could be targeted to minimize the risk of AKI,” says Hayek, also an assistant professor of internal medicine. In the U.S. alone, a million cardiac catheterizations and 400,000 cardiac surgeries are performed annually.

First, they looked at suPAR levels and the risk of acute kidney injury in more than 3,800 patients in three clinical settings. Some were ICU patients and some were cardiovascular patients undergoing either cardiac surgery or coronary angiography, which is a catheter-based procedure to diagnose coronary artery disease. High SuPAR levels consistently predicted AKI in these patients, with levels above 3,000 picograms per milliliter doubling the risk of AKI.

It led researchers to the second phase of the study: they employed mouse models of acute kidney injury to investigate whether high suPAR is actually a contributing cause of the complication.

“The mice with higher levels of suPAR also had dramatic worsening of kidneys compared to mice with normal levels of suPAR when exposed to the same contrast used in patients undergoing coronary angiography,” Hayek says. “But when we pre-treated the mice to block suPAR using a monoclonal antibody, we managed to mitigate the development of kidney injury.”

The question now, Hayek says, is what’s the best way to decrease suPAR levels in humans to lower their risk of kidney failure? His team is looking at treatments and medications already used for other purposes, like statins or immune modulators, in addition to a humanized suPAR antibody which will be explored in clinical trials.

Hayek says measuring suPAR levels in clinic, which he hopes will be routine in the future, could help providers know when to raise the alarm bells about kidney disease before it starts. In chronic kidney disease, patients don’t often experience symptoms early on, and by the time conventional measures such as creatinine confirm a diagnosis, damage has already occurred and is often irreversible.

“This measure could be employed to figure out who’s at the highest risk of disease progression or of kidney-related procedural complications, which is currently difficult to determine in clinical practice,” Hayek says. “Now that we have extensive data on a role for suPAR in causing kidney disease, we can envision using suPAR-reducing therapies in patients at risk of both chronic and acute kidney disease.”

And those with lower kidney injury risk by suPAR levels could more confidently be approved for important cardiac surgery and other procedures.

“SuPAR reflect a process that physicians are unable to account for in traditional assessments of kidney disease. We believe this protein acts as the link between inflammation and kidney disease, both chronic and acute,” he says.

Along with aging, other medical conditions associated with elevated suPAR levels include smoking, diabetes, autoimmune diseases, sepsis and HIV. And unlike other measures of inflammation, Hayek says suPAR doesn’t increase acutely. In fact, levels even remain stable even during heart attacks.

In 2015 his publication, also in the New England Journal of Medicine, reported a 20% loss in kidney function after five years in people with higher suPAR levels.