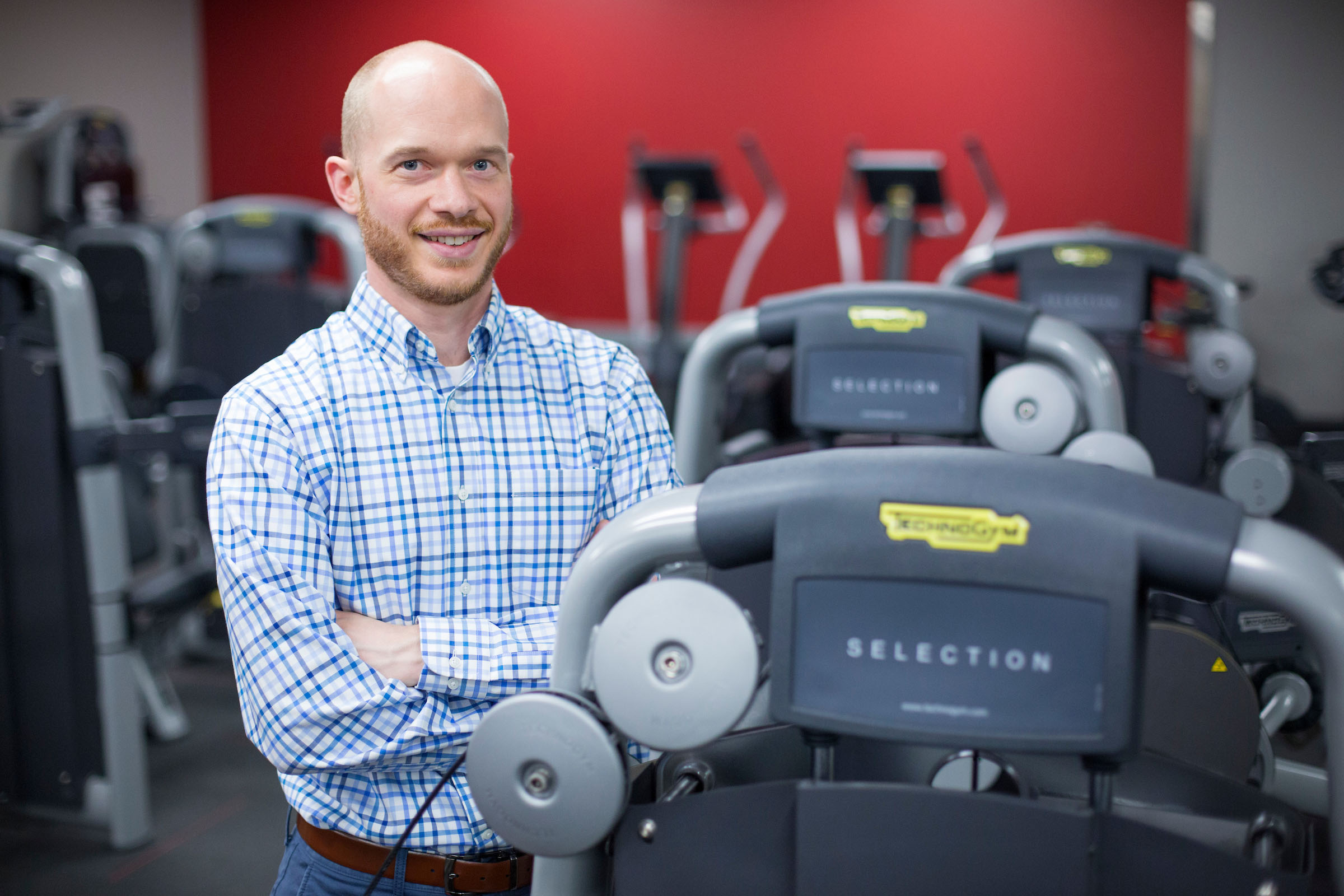 AMES, Iowa – Researchers know exercise improves mood for people with depression, but there are still questions about exactly how it makes people feel better.

The answers may be found in the endocannabinoid system. The system is made up of the body’s own naturally occurring cannabinoid molecules and their receptors, said Jacob Meyer, an assistant professor of kinesiology at Iowa State University. Activation of these receptors appears to strengthen connections in the brain and may influence pain and depression.

In a new study, Meyer and researchers at the University of Wisconsin-Madison, Medical College of Wisconsin and William S. Middleton Memorial Veterans Hospital, measured endocannabinoid levels and changes in mood before and after exercise sessions with varying levels of intensity. They found a significant boost in endocannabinoids and improvements in mood following prescribed moderate-intensity exercise.

The findings are published in Medicine & Science in Sports & Exercise. Meyer says understanding the link between endocannabinoid levels, mood and exercise could lead to better treatment options.

“Finding alternatives to medication is important for the treatment of depression,” Meyer said. “If we can figure out how exercise works with the endocannabinoid system, we could then design optimal exercise interventions.”

The researchers analyzed data from 17 women with depression. Each woman completed two, 30-minute exercise sessions on a stationary bike – one at a prescribed moderate intensity and a second of the participants’ own preferred intensity. Both sessions improved mood, but the researchers only noted an increase in endocannabinoid levels for moderate intensity exercise. There was no difference for preferred intensity.

Meyer says this was surprising, but the differences may stem from variation in the preferred session. For example, some women stayed consistently at a lighter intensity, while others completed intervals. With a small sample, the variation may have obscured the relationship between the preferred intensity and change in endocannabinoids, Meyer said.

The findings are consistent with a 2016 study, in which Meyer and his colleagues looked at the effect of exercise on brain-derived neurotrophic factor or BDNF, a protein that regulates neuron growth and survival. People with depression typically have lower levels of BDNF. The 2016 study found that when women with depression were prescribed an exercise session similar in intensity to one they selected, their BDNF levels were significantly higher following the prescribed session.

“Having someone else prescribe the exercise could be involved in both the psychological and biological response to exercise,” Meyer said.

Effects appear to be long-lasting

For each exercise session, researchers collected blood samples immediately after exercise and also measured mood and anxiety at 10 minutes and 30 minutes post-workout. Changes in endocannabinoids were significantly related to the improvement in mood up to 30 minutes after the moderate exercise, suggesting that the system contributes to the mood-enhancing effects of prescribed exercise, Meyer said.

“These results show us that the effect of prescribed moderate-intensity exercise on mood is generally pretty quick and lasts for a while at a relatively sustained rate,” Meyer said. “However, given that people felt better after the preferred exercise session, even though it didn’t change endocannabinoid levels, multiple factors are likely involved in how exercise makes people feel better.”

That is the focus of Meyer’s ongoing Exercise and Brain Health Study. The goal is to develop new treatments for mental health conditions that include exercise.