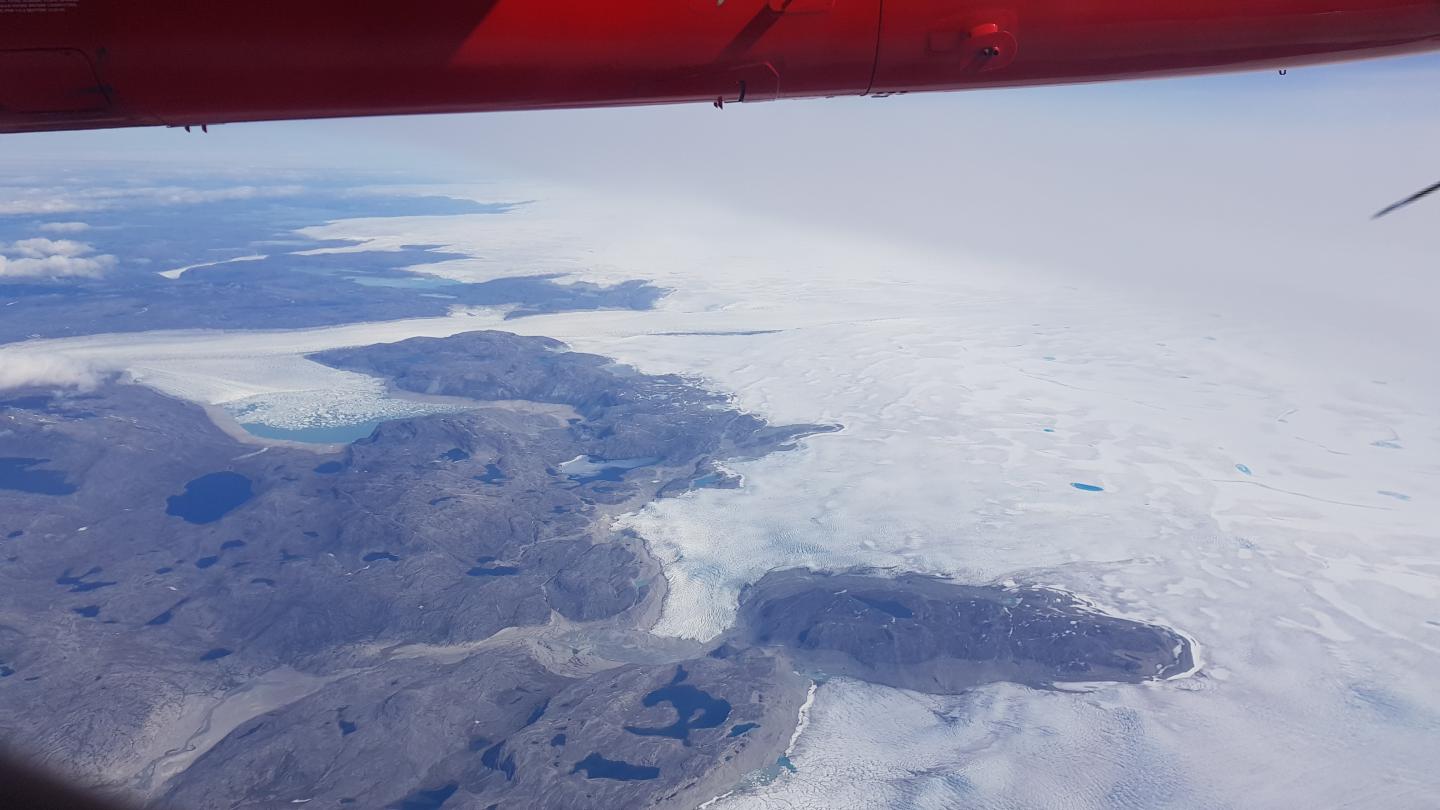 A new review of silicon cycling in glacial environments, led by scientists from the University of Bristol, highlights the potential importance of glaciers in exporting silicon to downstream ecosystems.

This, say the researchers, could have implications for marine primary productivity and impact the carbon cycle on the timescales of ice ages.

This is because silica is needed by primary producers, such as diatoms (a form of algae that account for up to 35 percent of all marine primary productivity), and these primary producers remove significant amounts of carbon dioxide from the atmosphere, transporting it to the deep ocean.

Lead author Jade Hatton from the University of Bristol’s School of Earth Sciences, said: “It is important we understand the role glaciers play in silicon cycling and we have examined previously published work considering subglacial weathering and nutrient fluxes to bring together this review, focusing upon the chemical fingerprint of silicon exported from these environments.”

The team, whose findings were published this week in the journal

Proceedings of Royal Society A

, considered some of the ‘big questions’ currently surrounding glaciers and silicon export including the differences in the chemical fingerprint of silicon between glacial and non-glacial rivers, and if weathering processes occurring beneath glaciers are driving these differences.

Through combining new measurements of meltwaters from over 20 glaciers in Iceland, Alaska, Greenland and Norway with existing data, the paper shows that the chemical fingerprint of silicon exported from glaciers is distinct compared to silicon within non-glacial rivers.

This chemical signature (the silicon isotopic composition) helps to understand the nature of weathering processes occurring beneath glaciers.

Jade Hatton added: “Data from such a range of glaciers represents a significant endeavour in terms of fieldwork and represent a vast improvement in our knowledge of the isotopic signature of silicon from glaciers.

“We suggest that the distinct silicon isotopic composition in glacial waters is driven by the high physical erosion rates beneath glaciers.

“This has implications on how we understand subglacial weathering processes and the export of nutrients from glacial environments.”

These new data are presented alongside work previously carried out in Iceland and Greenland to provide stronger evidence that the relationship between glacial meltwaters and a distinct silicon isotope signature holds.

The researchers hope this wider data set will help inform more complex computer models in the future, building on our previous modelling work that has demonstrated the importance of glacial silica on glacial-interglacial timescales.

Jade Hatton said: “Very little work has been done to understand the formation of this ‘amorphous’ silica beneath glaciers. We suggest the high physical erosion within these systems is extremely important, however encourage future work to constrain this further.

“Another highly debated area presently is the role of fjords in nutrient recycling, resulting in uncertainties in fluxes of glacial nutrients reaching the open ocean. Funding from the ERC (ICY-LAB) and the Royal Society is allowing us to continue research into this area, with projects considering biogeochemical cycling in Greenlandic fjords.

“We look forward to being able to shed light on these uncertainties by using a range of analyses from fieldwork within these fjord environments.”