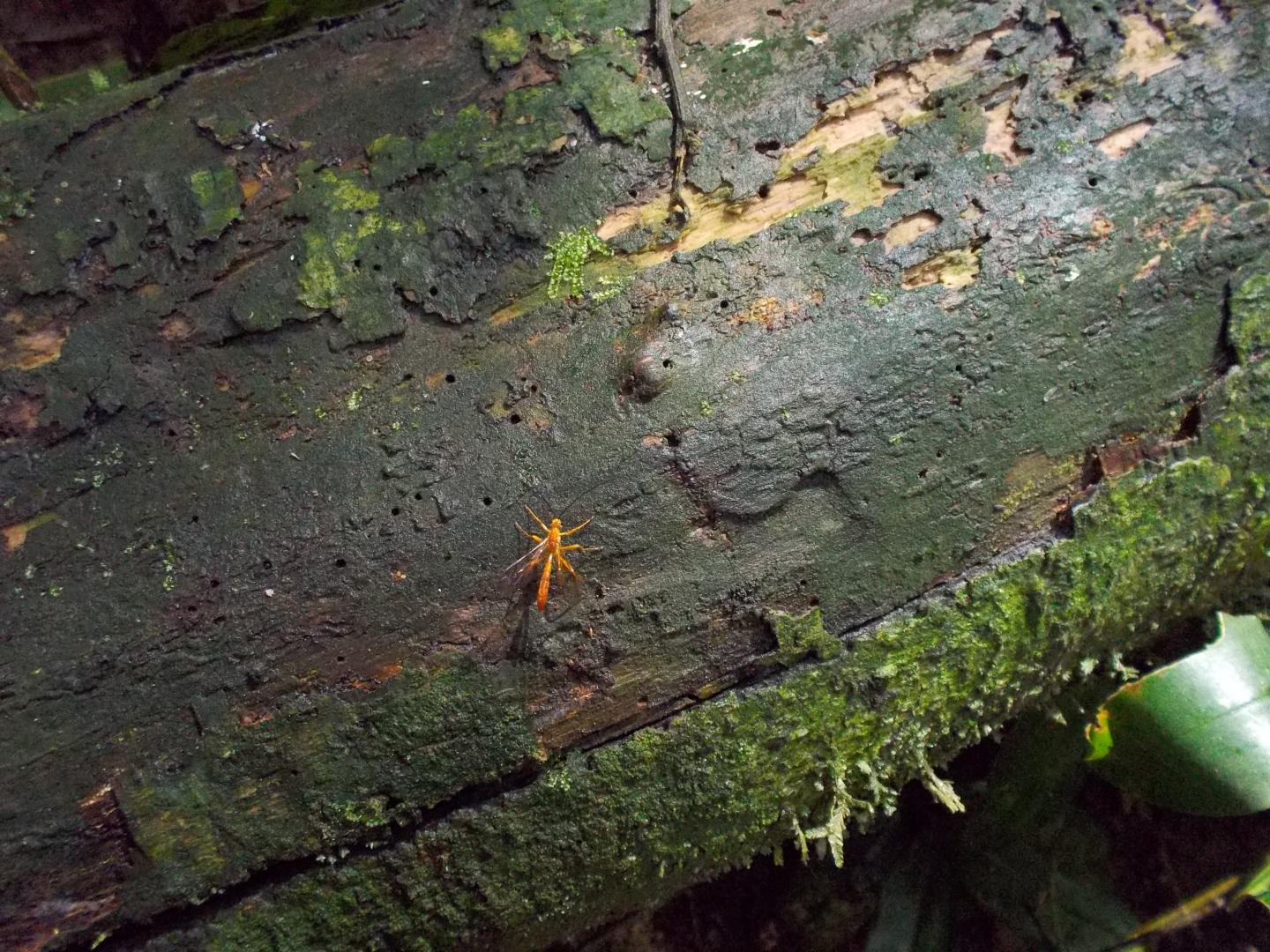 The Earth’s biodiversity is still poorly known. New animal and plant species are still being discovered, especially in the equatorial rainforests. Scientists at the Biodiversity Unit of the University of Turku have studied parasitoid wasp diversity in different parts of the tropics for years.

“The parasitoid wasps are amazingly rich in species, and form a significant part of the insect diversity of tropical rainforests. Exploring their diversity and how they live is interesting in its own right, but also important if we’re to slow down the ongoing decline of biodiversity,” says Doctoral Candidate Tapani Hopkins from the Biodiversity Unit of the University of Turku, who led the project.

The study investigated the diversity and ecology of parasitoid wasps in Kibale National Park in Uganda. It focused on the so-called rhyssine wasps, which are among the largest parasitoid wasps in the world. They can be several centimetres in length and parasitise the insect larvae of decaying wood. The scientists gathered insects for an entire year, which provided a good picture of how species that fly at different times of the year live.

“There were fewer wasps when it rained and more during the drier seasons. They’re mainly found near the decaying wood of primary forest. Before this, we didn’t know practically anything about them, but now I can even predict future catches based on the weather and vegetation,” says Hopkins.

Scientists at the University of Turku have studied tropical parasitoid insect diversity for over two decades. The research has revealed hundreds of species that are new to science, especially in the Amazon region of South America.

“In this project, our rainforest field studies were expanded to Africa for the first time. This is extremely interesting in the context of our research, since our aim is to understand parasitoid insect diversity globally. There are possibly over 100,000 parasitoid wasp species on Earth. Many rainforest species live in areas which are changing rapidly due to human activity. It’s terrifying to think how many species go extinct before they’re even discovered. Our research is a race against time and we’ll continue our active field work throughout the tropics,” says Professor of Biodiversity Research Ilari E. Sääksjärvi.

The research results were published in the open access journal