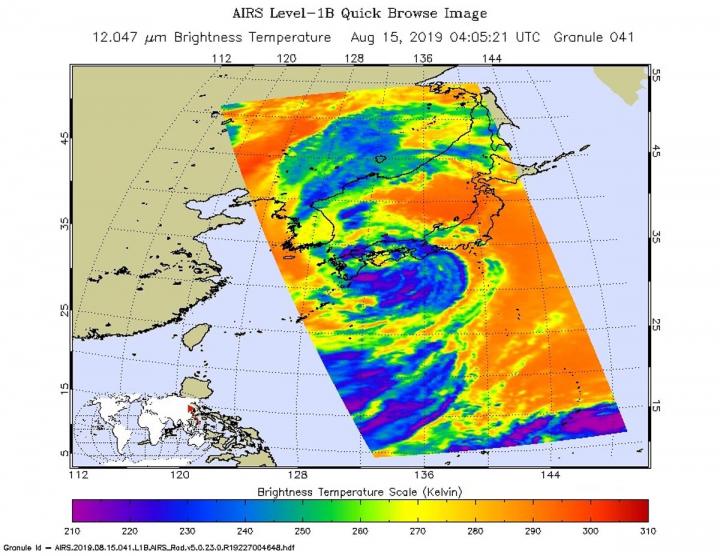 NASA’s Aqua satellite analyzed the storm on Aug. 15, at 12:05 a.m. EDT (0405 UTC) using the Atmospheric Infrared Sounder or AIRS instrument. AIRS found coldest cloud top temperatures as cold as or colder than minus 63 degrees Fahrenheit (minus 53 degrees Celsius) south of the center and over the waters of the Northwestern Pacific Ocean.. Cloud top temperatures that cold indicate strong storms that have the capability to create heavy rain.

At 11 a.m. EDT (01500 UTC) on Tropical storm Krosa was centered near 25.9 degrees north latitude and 133.1 degrees east longitude. That’s about 108 miles north-northeast of Iwakuni, Japan. It was moving to the northeast and had maximum sustained winds 40 knots (46 mph/74 kph).

Krosa is moving to the northeast through the Sea of Japan. The storm is forecast to become extra-tropical within 24 hours.