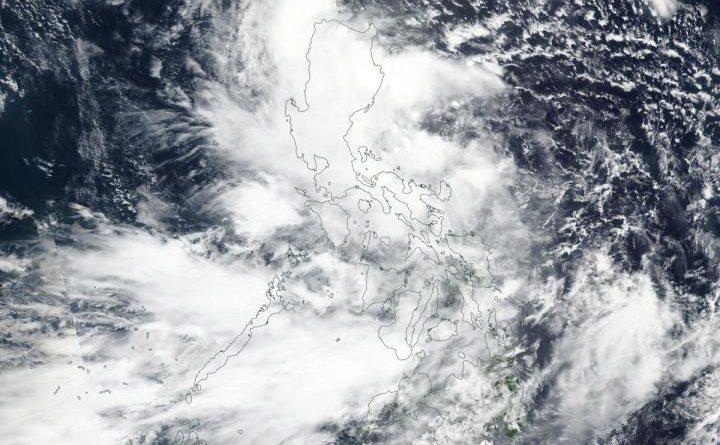 Tropical Depression 13W, now named Podul, was crossing the Philippines from east to west as NASA-NOAA’s Suomi NPP satellite provided a visible image of the storm.

The Visible Infrared Imaging Radiometer Suite (VIIRS) instrument aboard Suomi NPP provided a visible image of the storm on August 27, 2019. The VIIRS image showed the storm blanketed the country from north to south. The bulk of the clouds were located over the northern and central Philippines.

At 11 a.m. EDT (1500 UTC), Podul, known locally in the Philippines as “Jenny,” was located near 16.0 degrees north latitude and 123.2 degrees east longitude. That puts the center of circulation about 153 nautical miles northeast of Manila, Philippines. It was moving to the west-northwest and had maximum sustained winds near 30 knots (34.5 mph/55.5. kph).

The Joint Typhoon Warning Center said that Podul will move west across the Philippines, before turning northwest towards Hainan Island, China. The system is expected to make final landfall in Vietnam after five days.

This part of information is sourced from https://www.eurekalert.org/pub_releases/2019-08/nsfc-nst082719.php