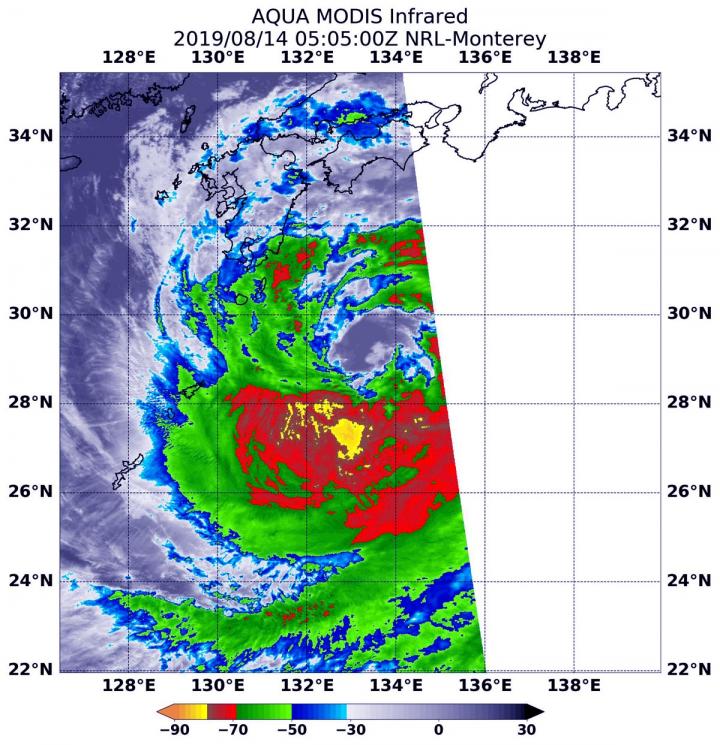 On Aug. 14, 2019, the Japan Meteorological Agency has issued warnings for Kyushu, Shikoku and southeastern portions of Honshu. Because Krosa is such a large storm, it is expected to affect all of the big islands of Japan.

At 12:05 a.m. EDT (0505 UTC), the Moderate Imaging Spectroradiometer or MODIS instrument that flies aboard NASA’s Aqua satellite used infrared light to examine the storm. Infrared data provides temperature information, and the strongest thunderstorms that reach high into the atmosphere have the coldest cloud top temperatures.

After the storm makes landfall in Kyushu, Japan, it is forecast to pass to the south of the Korean peninsula, and turn to the northeast as it becomes extra-tropical over the Sea of Japan.

For updated warnings from the Japan Meteorological Agency, visit: