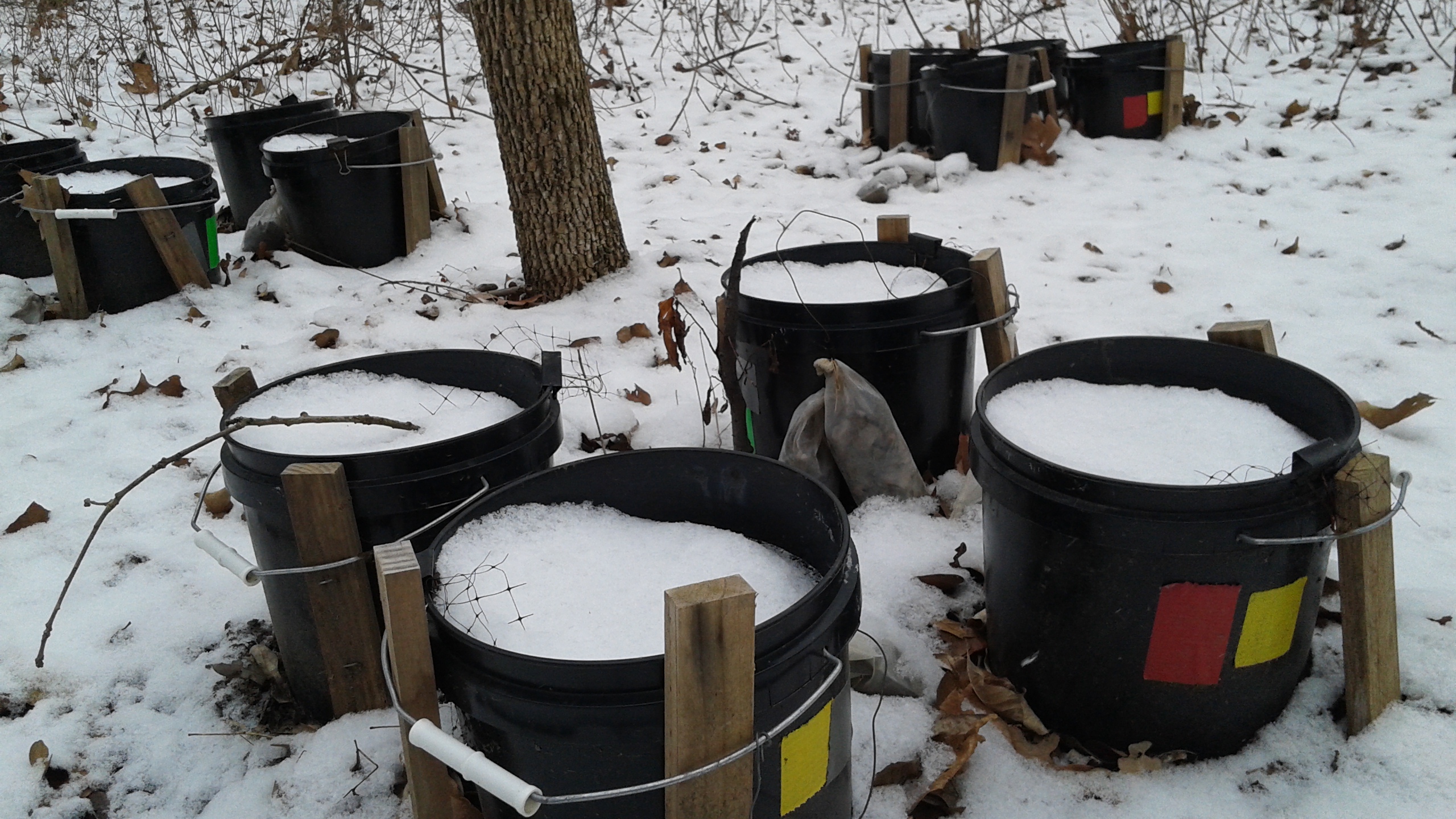 When the Asian tiger mosquito (Aedes albopictus) arrived in the United States in the 1980s, it took the invasive blood-sucker only one year to spread from Houston to St. Louis. New research from Washington University in St. Louis shows that the mosquitoes at the northern limit of their current range are successfully using time-capsule-like eggs to survive conditions that are colder than those in their native territory.

The northern mosquitoes have adapted to colder winters, compared to their southern counterparts. This new evidence of rapid local adaptation could have implications for efforts to control the spread of this invasive species, which is considered a “competent vector” of numerous pathogens that are relevant to humans, including Zika, chikungunya and dengue viruses. The work is published Aug. 21 in the Journal of Applied Ecology.

“This all happened within a period of 30 years,” said biologist Kim Medley, director of Tyson Research Center and first author of the new study. “This disease vector has evolved rapidly to adapt to the United States. The fact that this has occurred at a range limit may suggest that there is potential for the species to continue to creep farther northward.”

Mosquitoes respond to the shortening days signaling winter’s onset by laying diapause eggs —  literally, delayed development eggs. These special eggs contain a fertilized embryo that’s in a state of almost-hibernation and has a very slow metabolism. The result is almost like a mosquito time capsule.

The ability to produce eggs that can wait to hatch is not something new. This technique helps mosquitoes survive the winter cold, but it works for dry conditions as well. All mosquitoes lay their eggs in or near standing water, and the larvae need to hatch into standing water. But they can survive getting dried out in between.

Still, diapause eggs are different from regular eggs. Previous research had showed that northern mosquitoes lay more diapause eggs than their southern cousins. What researchers didn’t know was how these eggs actually perform in the conditions in which they’re prepped to perform.

For this new field experiment, Medley and her team, including Katie M. Westby, postdoctoral research associate at Tyson Research Center, collected live mosquito eggs and larvae from cities near the center of the habitat they’ve invaded (Huntsville, Ala.; Macon, Ga.; Beaufort, S.C.) and also from the approximate northern edge of their U.S. range (Peoria, Ill.; Columbus, Ohio; and Harrisburg, Pa.) The researchers hatched and raised these mosquitoes and their subsequent generations in batches in the laboratory.

Then it was time to get cold. The researchers exposed the mosquitoes to shortened periods of light to signal the onset of winter. They collected the diapause eggs that the mosquitoes produced, then dispatched batches of eggs to endure real winters in four different locations: in field sites at the northern edge and core of their current range; in a climate-controlled laboratory site that represented the “optimal” winter conditions in the mosquitoes’ home territory in Japan; and in a far-north site in Wisconsin, clearly outside of the mosquitoes’ current established range.

After that real winter passed, the researchers brought the eggs back into the lab and hatched them out.

“Everybody did OK in the southern range winter,” she said. “They performed about the same.” The same was true for those in the chamber with the optimal conditions. As for Wisconsin? Well …

While the Wisconsin conditions are too harsh for these mosquitoes — at least for now — Medley is particularly interested in the changes that she is observing at the very edge of what is survivable.

“These northern mosquitoes are producing a lot more diapause eggs,” Medley said. “Now we know that these eggs also do a lot better in the winter.”

What Medley and her team learned is important not just for this species but for ecologists studying how animals adapt to new conditions and push the boundaries of their historic ranges.

“Based on theory, we expect that populations at range limits will be small, they will be fragmented and that they will be low in genetic diversity,” she said. “It’s thought that these populations will not have the demographic and genetic robustness to adapt, so they remain at this state of maladaptation.

“That may not be the case with this species,” Medley said.