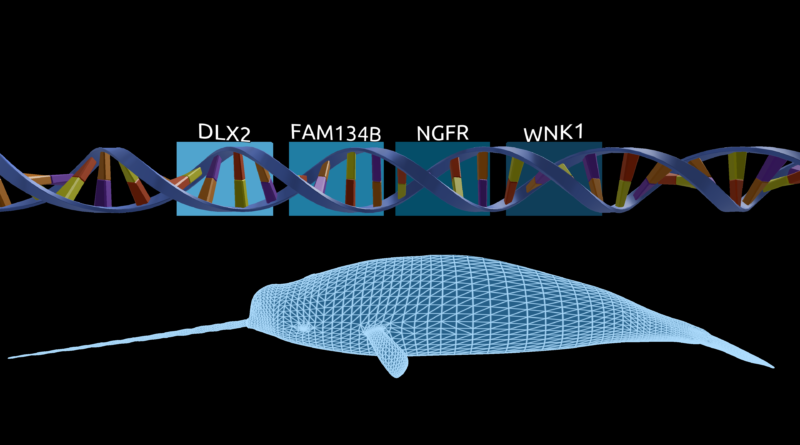 WASHINGTON D.C. — The narwhal and its signature tusk are about to get the Microsoft HoloLens mixed-reality treatment, and one of the world’s foremost narwhal experts calls the result “overwhelming and magical.”

“Narwhal: Revealing an Arctic Legend” has been on exhibit at The Smithsonian’s Museum of Natural History since 2017 and is due to go on tour of North America in 2020. Museum visitors can view panoramic Arctic landscape images, touch a cast of a narwhal’s spiral tusk, hear narwhal vocalizations and read Inuit narwhal legends.

This Saturday evening, Oct. 26, in a one-night-only debut as part of a family game night at the museum, visitors who don the Microsoft HoloLens headset will be drawn into an infinitely more interactive experience of 3-D images of the sea creatures swimming all around them.

During the HoloLens experience, Academy Award-winning actress Meryl Streep tells visitors (play a short clip of the narration using the media player) about the function of the narwhal’s tusk as a tooth, introduces them to an animated Inuit elder speaking in his indigenous language and leads them in a short game at the end of the HoloLens experience, where players “become a narwhal” and hunt by “stunning” their prey as narwhals do.

That simple game reflects not only the advance of mixed reality technology—the players still see each other in real life, but with animated heads and tusks with the other animals—but also the latest research.

The HoloLens project was bolstered by a grant from the  National Science Foundation in 2017.

Nweeia and Erin Henninger, executive director of Case Western Reserve’s Interactive Commons, said it was critical to include the Inuit understanding of the narwhal.

“Any venture of science occurs in an environment where people who live with animals know them better than you ever will,” Nweeia said. “The inclusion of the Inuit stories and language is our homage to say ‘Thank-you,’ and a humble acknowledgement that we don’t know it all.”

It was Nweeia the dentist, however, who revealed in 2014 that the narwhal’s tusk, which is actually a highly sensitive erupted tooth, is used to gauge the temperature and salinity of its aquatic surroundings.

The narwhal’s underwater world seen though the HoloLens

“I was unprepared for how good it would be, but it really is overwhelming and magical,” he said, following a recent demonstration of the HoloLens program for museum docents and other employees.

“It brings you spatially to their world,” he said. “These whales live in a vast ocean, and one of the things I love is that the holograms of the animals go in and out of your visual space, giving you the sense of something beyond you that is much larger.”

Microsoft HoloLens is a first-in-kind mixed-reality headset that senses its environment while projecting holographic images into the wearer’s eyes. Primarily envisioned to help individuals within industry learn, communicate and collaborate, the device also represents transformational opportunities for educational and artistic endeavors.

For the narwhal exhibit, the Case Western Reserve team applied HoloLens knowledge acquired over the past five years during the creation of its newly launched holographic medical anatomy curriculum, HoloAnatomy, to transform dance performances and create virtual visits to London’s Courtauld Gallery and the British Museum.

“HoloLens gives us a brand new communication medium that we can use to tell visually and emotionally engaging stories in ways never before possible,” Henninger said. “The ability to represent information at scale in 3-D, or to showcase difficult abstract concepts interactively, enables us to make pioneering educational and museum experiences without limits. It’s amazing to see things come to life in HoloLens.”

Nweeia had also narrated early iterations of the HoloLens project, but said he gladly stepped aside when Streep came on board—at his request.

“I know her, but I’ve never wanted to ask for this kind of favor before, but this seemed like something she’d enjoy and I think she was thrilled to do it,” Nweeia said. “When I asked her by email, she literally said, ‘Yes, yes!’ And I really don’t mind stepping aside for Meryl Streep—she just makes everything better.”