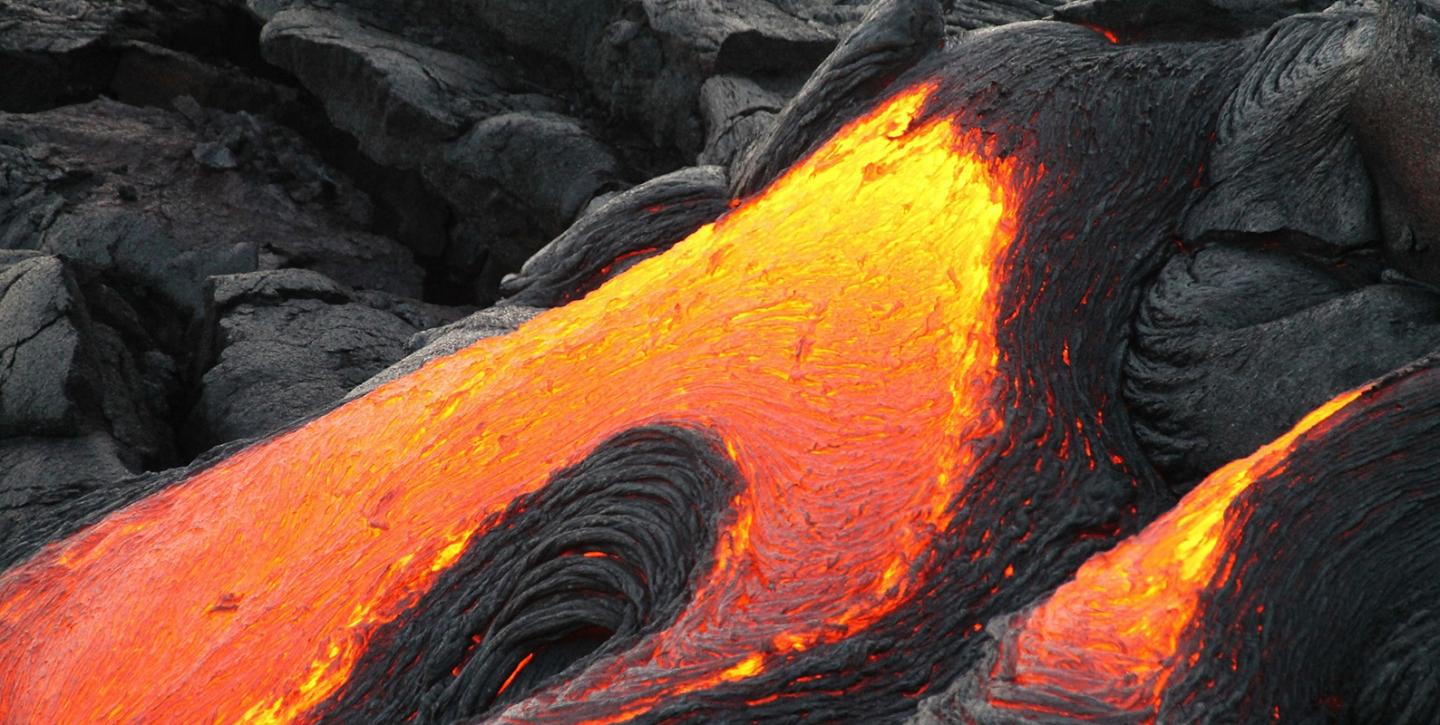 International research led by geologists from Curtin University has found that a volcanic province in the Indian Ocean was the world’s most continuously active — erupting for 30 million years — fuelled by a constantly moving ‘conveyor belt’ of magma.

It’s believed this magma ‘conveyor belt,’ created by shifts in the seabed, continuously made space available for the molten rock to flow for millions of years, beginning around 120 million years ago.

Research lead Qiang Jiang, a PhD candidate from Curtin’s School of Earth and Planetary Sciences, said the studied volcanoes were in the Kerguelen Plateau, located in the Indian Ocean, about 3,000 kilometres south west of Fremantle, Western Australia.

“The Kerguelen Plateau is gigantic, almost the size of Western Australia. Now imagine this area of land covered by lava, several kilometres thick, erupting at a rate of about 20 centimetres every year.

“This volume of activity continued for 30 million years, making the Kerguelen Plateau home to the longest continuously erupting supervolcanoes on Earth. The eruption rates then dropped drastically some 90 million years ago, for reasons that are not yet fully understood.

“From then on, there was a slow but steady outpouring of lava that continued right to this day, including the 2016 eruptions associated with the Big Ben volcano on Heard Island, Australia’s only active volcano.”

“After the partial breakup of the supercontinent Gondwana, into the pieces now known as Australia, India and Antarctica, the Kerguelen Plateau began forming on top of a mushroom-shaped mantle upwelling, called a mantle plume, as well as along deep sea, mid-oceanic mantle ridges,” Dr Olierook said.

“The volcanism lasted for so long because magmas caused by the mantle plume were continuously flowing out through the mid-oceanic ridges, which successively acted as a channel, or a ‘magma conveyor belt’ for more than 30 million years.

“Other volcanoes would stop erupting because, when temperatures cooled, the channels became clogged by ‘frozen’ magmas.

“For the Kerguelen Plateau, the mantle plume acts as a Bunsen burner that kept allowing the mantle to melt, resulting in an extraordinarily long period of eruption activity.”

Research co-author, Professor Fred Jourdan, Director of the Western Australia Argon Isotope Facility at Curtin University, said the team used an argon-argon dating technique to date the lava flows, by analysing a range of black basaltic rocks taken from the bottom of the sea floor.

“Finding this long, continuous eruption activity is important because it helps us to understand what factors can control the start and end of volcanic activity,” Professor Jourdan said.

“This has implications for how we understand magmatism on Earth, and on other planets as well.”

The Curtin-led research was a collaboration with Uppsala University in Sweden and the University of Tasmania.

The research paper, Longest continuously erupting large igneous province driven by plume-ridge interaction was published in Geology and can be found online here.