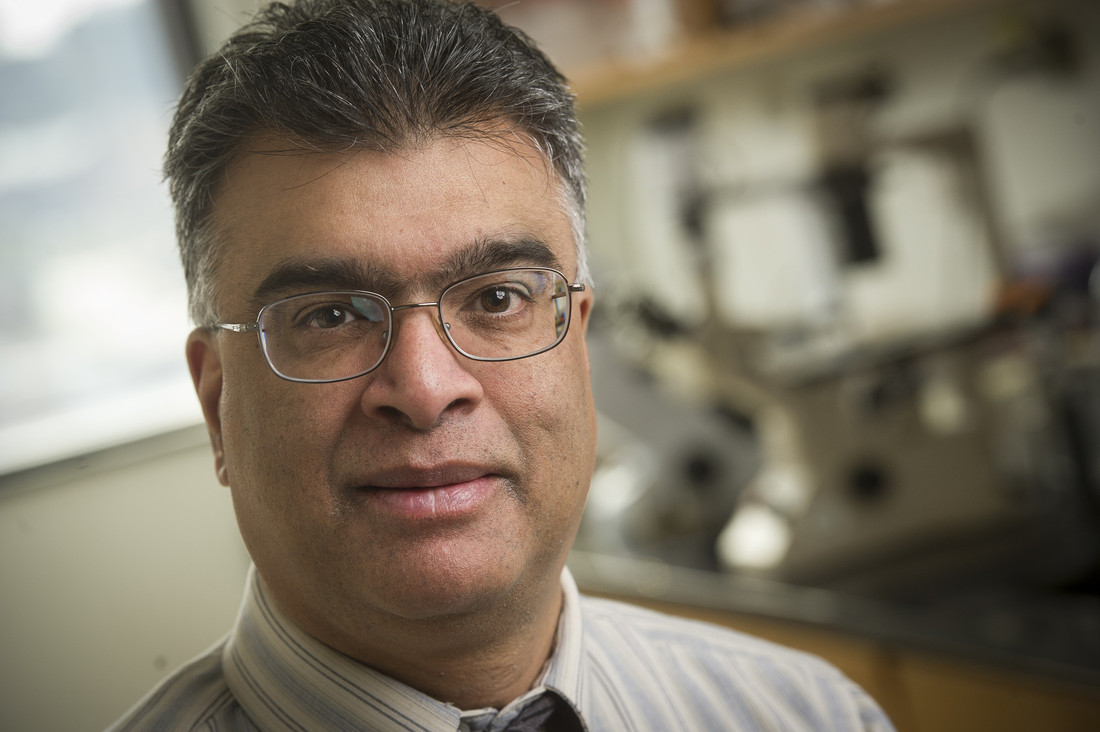 BIRMINGHAM, Ala. – Do the insulin-producing beta cells in the pancreas unwittingly produce a signal that aids their own demise in Type 1 diabetes?

The research studied the signals that drive macrophage cells in the body to two different phenotypes of activated immune cells. The M1 type attacks infections by phagocytosis, and by the secretion of signals that increase inflammation and molecules that kill microbes. The M2 type acts to resolve inflammation and repair damaged tissues.

The researchers focused on a particular enzyme, called Ca2+-independent phospholipase A2beta, or iPLA2beta. This enzyme hydrolyzes membrane glycerophospholipids in the cell membrane to release a fatty acid and a lysophospholipid, which by themselves can modulate cellular responses. Other enzymes can then convert those fatty acids into bioactive lipids, which the Ramanadham lab has designated as iPLA2beta-derived lipids, or iDLs. The iDLs can be either pro-inflammatory lipids that promote the M1 macrophage phenotype or pro-resolving lipids that promote the M2 macrophage phenotype, depending on which pathways are most active. Furthermore, the iDLs are released by the cell, so they could participate in cell-to-cell signaling.

To look at how the abundances of iDLs could affect inflammation, the researchers studied iPLA2beta-knockout mice and mice with beta cells in the pancreas engineered to overexpress iPLA2beta.

Macrophages from the iPLA2beta-knockout mice were isolated and then classically activated to induce the M1 phenotype. The researchers then measured the iDL eicosanoids produced by the macrophages that lacked iPLA2beta. Compared to wild type activated macrophages, the knockout macrophages produced less pro-inflammatory prostaglandins and more of a specialized pro-resolving lipid mediator called resolvin D2. Both changes were consistent with polarization to the M2 phenotype, a reduced inflammatory state.

Conversely, macrophages from the mice with beta cells that overexpressed iPLA2beta showed increased production of pro-inflammatory eicosanoids and reduced resolvin D2, as compared to wild type mice, reflecting an enhanced inflammatory state and polarization to the M1 phenotype.

“These findings, for the first time, reveal an association between selective changes in eicosanoids and specialized pro-resolving lipid mediators with macrophage polarization and, further, that the relevant lipid species are modulated by iPLA2beta activity,” Ramanadham said. “Most importantly, our findings unveil the possibility that events triggered in beta cells can modulate macrophage — and likely other islet-infiltrating immune cell — responses.”

Furthermore, “while the major focus of Type 1 diabetes studies is on deciphering the immunology components of the disease process, our studies bring to the forefront other equally important factors, such as locally generated lipid-signaling, that should be considered in the search for effective strategies to prevent or delay the onset and progression of Type 1 diabetes.”

Ramanadham is a senior scientist in the UAB Comprehensive Diabetes Center.