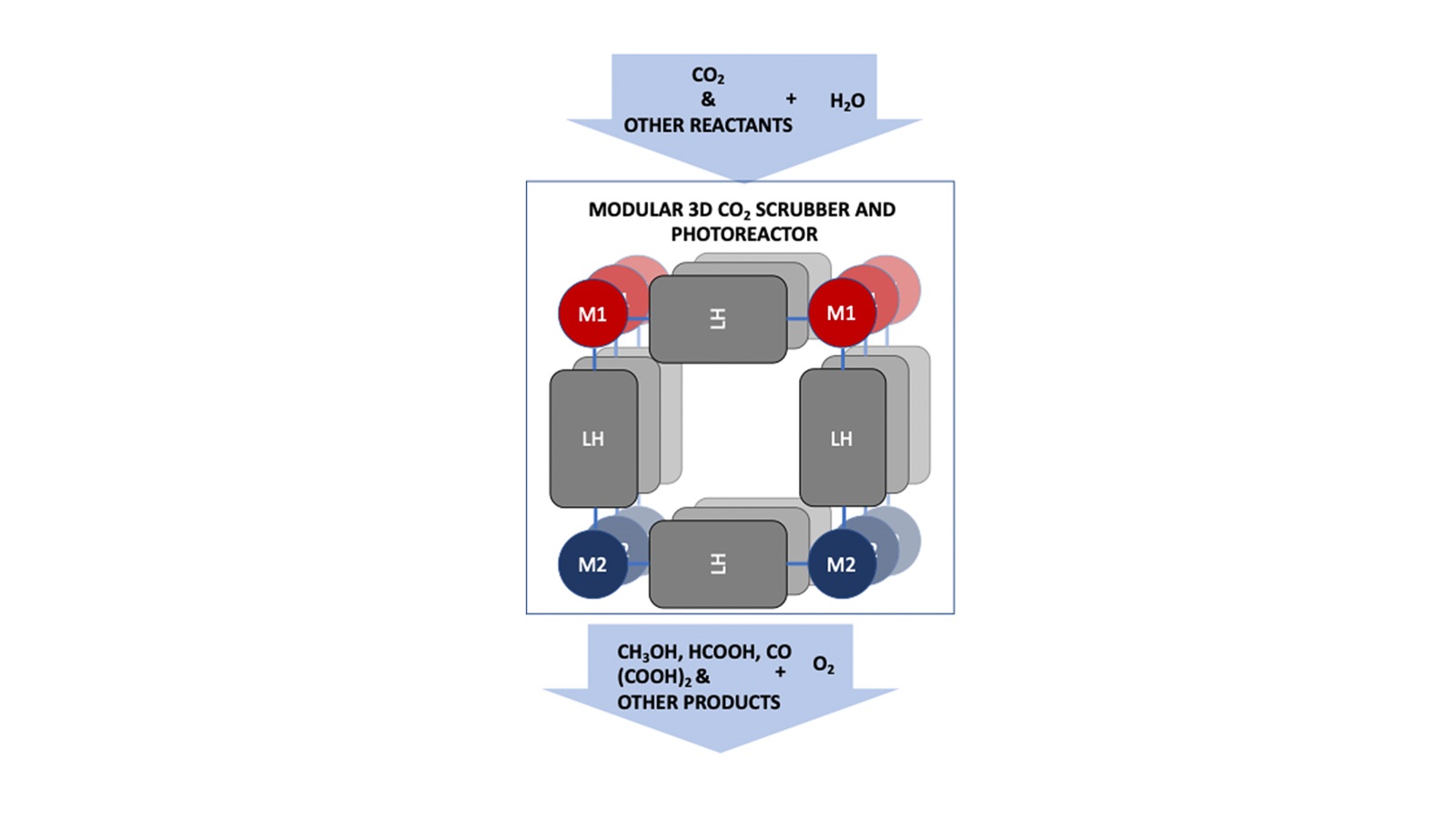 Leaves make it look easy, but capturing and using carbon dioxide (CO2) from the air is a challenging process for scientists to mimic.

To artificially capture CO2, chemists have developed ways to “scrub” it from air using chemicals that react very favorably with it. But even after it is captured, it’s often difficult to release and use for artificial photosynthesis.

The U.S. Department of Energy’s (DOE) Argonne National Laboratory and SLAC National Accelerator Laboratory will receive $4.5 million over three years from the DOE for research aimed at capturing carbon dioxide directly from air and converting it to useful products by artificial photosynthesis.

“We were thrilled to get the opportunity to do new science and to work on this challenge. It would be enormously satisfying to open up a new, environmentally sound means of generating energy. A major advancement in this area would be the highlight of my career.” — Ksenija Glusac, Argonne chemist, Solar Energy Conversion group, Chemical Sciences and Engineering division

CO2 capture involves trapping the gas, transporting it to a storage location and isolating it. Together, Argonne and SLAC will focus on developing photochemical methods that enable CO2 capture directly from air and that combine this capture with photochemical conversion to fuels and value-added chemicals.

Their goal is to improve the environment and expand sources of energy through the conversion of CO2 to fuels and other value-added chemicals such as methanol and acrylic acid derivatives — both of which are used by the chemical industry to make polymers, including resins, plastics and glues. Methanol also can be used as a fuel to generate electricity.

Ksenija Glusac, a chemist with the Solar Energy Conversion group in the Chemical Sciences and Engineering division at Argonne, will lead Argonne’s efforts as the principal investigator for the group.

Glusac has worked in the field of artificial photosynthesis since 2000, but combining CO2 capture with photosynthesis is a new direction for her and her team.

“We were thrilled to get the opportunity to do new science and to work on this challenge,” said Glusac, who is also an associate professor of chemistry at the University of Illinois at Chicago. “It would be enormously satisfying to open up a new, environmentally sound means of generating energy.”

Glusac’s team has already contributed significantly to the field of artificial photosynthesis. After years of studying the interaction between matter and electromagnetic radiation, they expanded scientists’ understanding of what happens in materials in regard to the absorption of light — and the conversion of that light to energy.

“The current project builds on our extensive experience and opens up the opportunity of combining CO2 capture with photosynthesis,” Glusac said.

Glusac and her team will take these measurements from samples of supramolecular structures called MOFs (metal-organic frameworks) that can absorb and harvest solar light and nodes that host two types of catalysts: reduction catalysts that can capture CO2 from the air and reduce it to value-added chemicals and oxidation catalysts that can convert water to oxygen.

“Our approach aims to combine CO2 capture and artificial photosynthesis into a single process, called photoreactive capture,” Glusac said. “We will explore molecular photoreactors that can both scrub CO2 and use sunlight to convert it into useful chemicals. We have great hope for this endeavor.”

Argonne’s Laboratory Computing Resource Center will be used to perform the computational investigations of CO2 capture and conversion mechanisms.

Projects were selected by competitive peer review and supported by DOE’s Office of Science.

About the Advanced Photon Source
The U. S. Department of Energy Office of Science’s Advanced Photon Source (APS) at Argonne National Laboratory is one of the world’s most productive X-ray light source facilities. The APS provides high-brightness X-ray beams to a diverse community of researchers in materials science, chemistry, condensed matter physics, the life and environmental sciences, and applied research. These X-rays are ideally suited for explorations of materials and biological structures; elemental distribution; chemical, magnetic, electronic states; and a wide range of technologically important engineering systems from batteries to fuel injector sprays, all of which are the foundations of our nation’s economic, technological, and physical well-being. Each year, more than 5,000 researchers use the APS to produce over 2,000 publications detailing impactful discoveries, and solve more vital biological protein structures than users of any other X-ray light source research facility. APS scientists and engineers innovate technology that is at the heart of advancing accelerator and light-source operations. This includes the insertion devices that produce extreme-brightness X-rays prized by researchers, lenses that focus the X-rays down to a few nanometers, instrumentation that maximizes the way the X-rays interact with samples being studied, and software that gathers and manages the massive quantity of data resulting from discovery research at the APS.