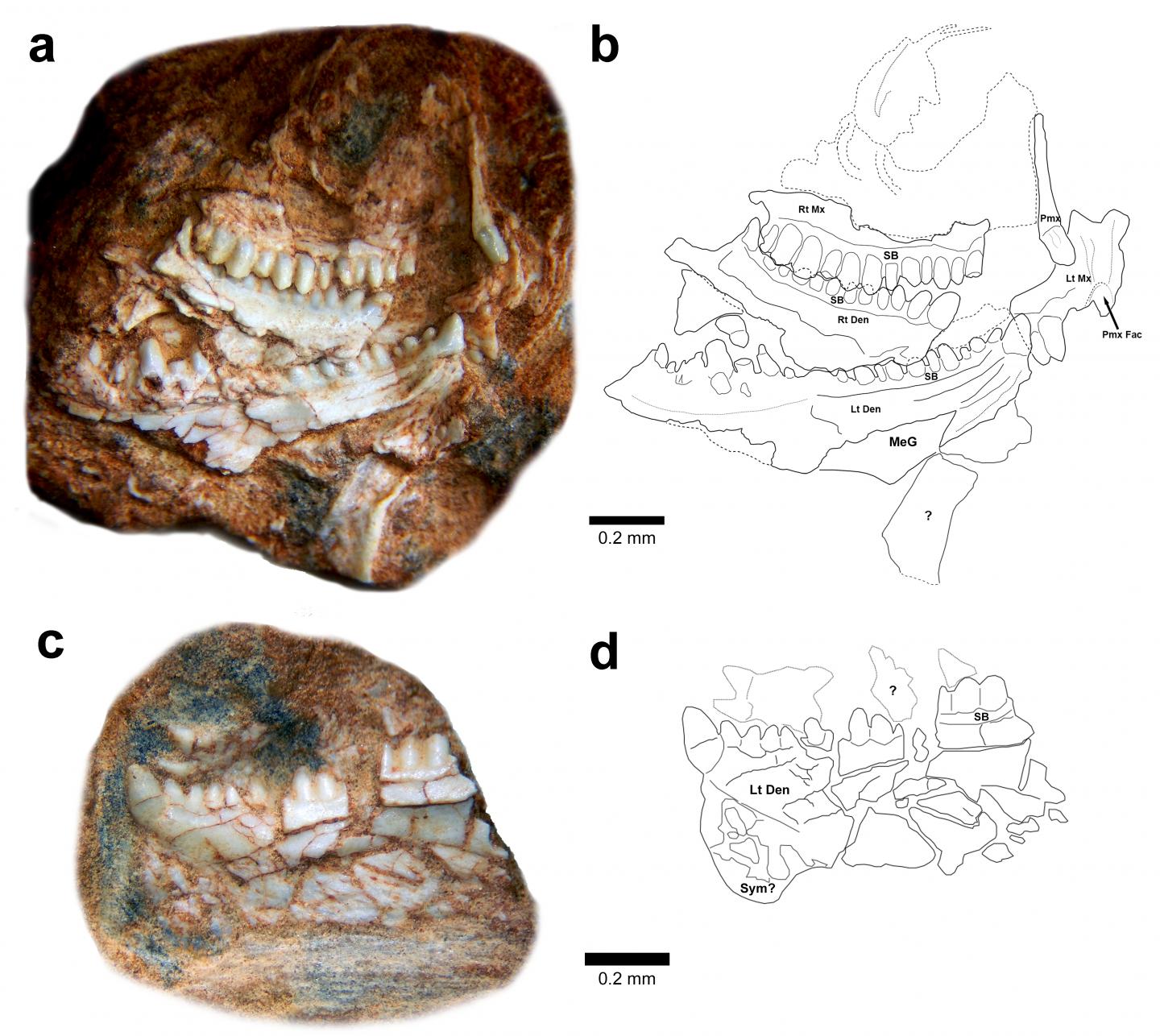 , a new reptile species from Rio Grande do Sul state in southern Brazil. Its fossils remains–jaws and associated skull bones–were collected from Triassic rocks (c. 237-228 million-years old) making it the oldest known fossil of its kind in Gondwana, the southern supercontinent that would eventually become Africa, Antarctica, Australia, India, and South America.

was a small animal, similar in size with common house geckos. It belongs to the Sphenodontia, a group of lepidosaurs (which also includes snakes, lizards and amphisbaenians), that was very diverse and widespread during the Mesozoic era (the “Age of Dinosaurs”), but today has only one remaining living species in New Zealand.

is the oldest member of the Clevosauridae, a group of small sphenodonts that were the first globally distributed lepidosaurs with fossils from the Late Triassic and Early Jurassic of North America, Europe, Asia, Africa and South America.

is an unexpected mix of primitive and derived teeth. It is the oldest occurrence of the typical fully acrodont dentition (teeth fused to the top of the jaw bones) of sphenodontians, but most of its teeth are relatively simple and blade-like, which differs from other, only slightly younger Clevosaurus species that possess well-developed medial-posteromedial (side-to-side) expansions of the teeth for complex grinding. “However,

also possess a large, blunt, tusk-like tooth in the first tooth position of the both premaxilla (upper jaw) and of dentary (lower jaw). This feature is typically observed only in later sphenodontian lineages” says Annie Schmaltz Hsiou, Associate Professor at the University of São Paulo and head of the study. The name ”

” is Greek for “larger first tooth” in reference to these tusk-like teeth.

is an important discovery because it combines a relatively primitive sphenodontian-type tooth row with the presence of massive tusk-like teeth that were possibly not for feeding, but rather used for mate competition or defense. If correct, this means that non-feeding dental specializations predated changes in the sphenodontian dentition related to feeding strategies. This is a very exciting discovery.” says co-author Randall Nydam, Professor at Midwestern University (US).

In addition to its unique dentition, the authors stress that

also adds to the growing evidence that the early diversification of sphenodontians occurred in the widely separated regions of Gondwana destined to become South American and India. This illustrates the importance of the role of the Gondwanan lepidosaur fauna in our growing understanding of the earliest stages of sphenodontian evolution and the global biogeographic distribution of lepidosaurs.