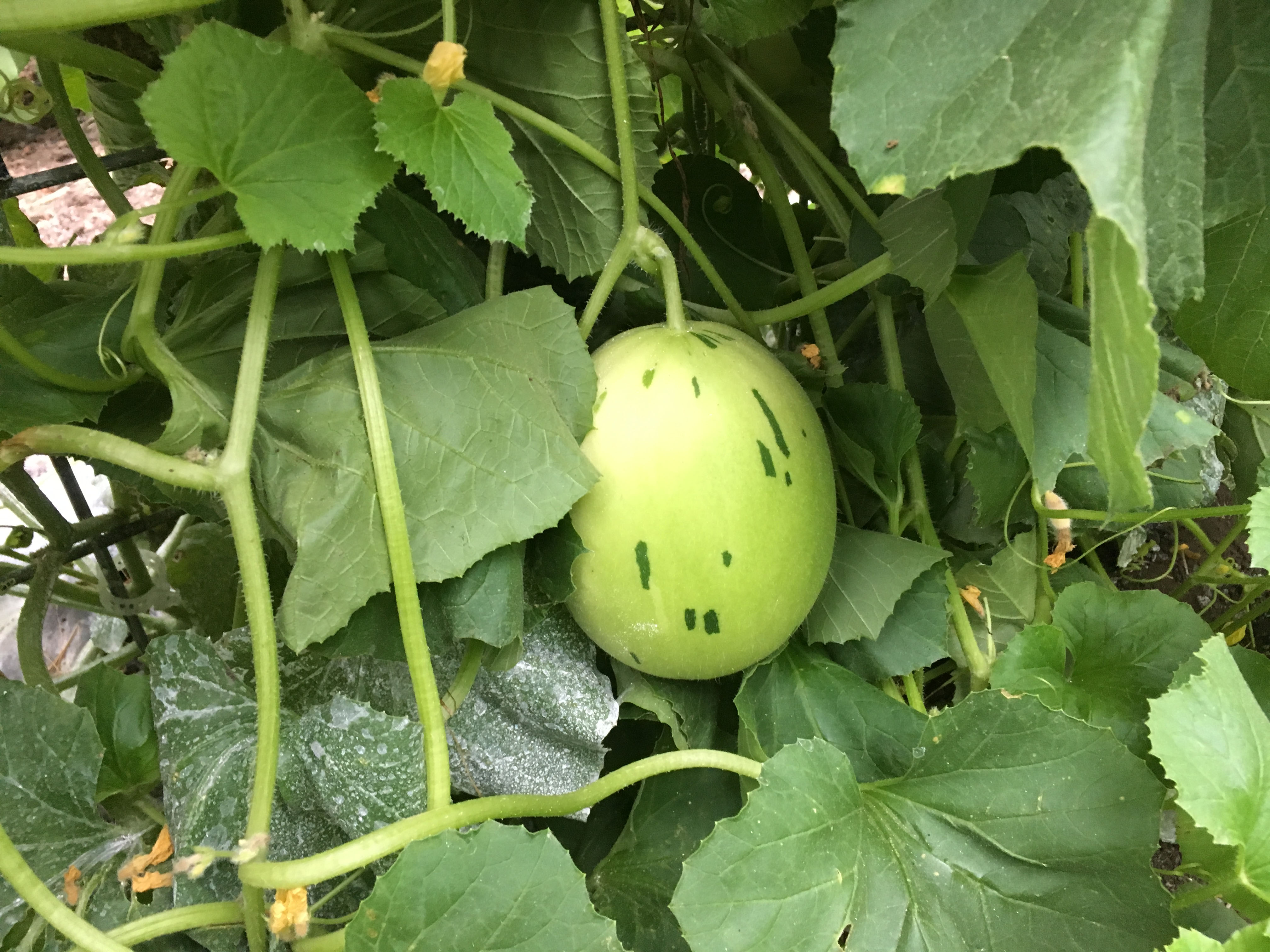 Iowa State University researchers spent part of this summer growing a wide range of muskmelon varieties intended to produce smaller fruit. Ajay Nair, an associate professor of horticulture, said most muskmelons consumers purchase at the supermarket weigh 5 to 6 pounds and are often too big for a family to eat in a single sitting. That usually leads to diced up melon chunks sitting in the fridge for too long.

“You can only eat so much, and then you have to store the rest,” Nair said. “Quality deteriorates in just one or two days, and, ultimately, much of the melon ends up in the trash.”

The problem occurs often enough that ISU researchers decided to see if they could grow smaller muskmelon cultivars, around half the size of those normally sold in grocery stores, that are productive, sweet and could be eaten easily in a single sitting, causing less waste.

The idea for the muskmelon trials started with Moriah Bilenky, a graduate student in horticulture, who had cultivated melons on a vegetable farm before she came to Iowa State. The researchers tested 10 specialty muskmelon cultivars – with names like snow leopard, tasty bite, eden’s gem, and sugar cube – in a high-tunnel hoop-house at the ISU Horticulture Research Station north of Ames.

On a recent Friday in the high tunnel, melons about the size of softballs hung from vines growing in five rows. The vines twisted around trellises made of cattle panels, while the buzz of bees filled the air. Zinnias and other flowers grew in rows along the outside of the high tunnel to attract pollinators, which play a key role in pollination, fruit development and quality of muskmelons, Nair said.

The researchers also identified some challenges associated with growing and harvesting the melons. For instance, the stems of larger muskmelon cultivars start to separate from the melon as they ripen, and growers can judge ripeness by looking at the stems. That method didn’t work with some of the varieties the ISU researchers tested this summer, Nair said. That means it’s important for growers to monitor the ripeness of the muskmelons closely and keep track of the number of days since planting.

Nair said the results from the trials could entice local vegetable growers to work muskmelons into their crop rotations in high tunnels. Growers tend to plant their high tunnels with tomatoes and peppers, but Nair said adding more crops into the rotations helps to keep pathogens from flourishing in the soil. The researchers held a field day earlier this summer during which many specialty vegetable growers visited the muskmelon high tunnel and showed interest in planting some of the cultivars tested. Results from the trials will be available online for free download through the Iowa State University Research and Demonstration Farms annual progress report, Nair said.