The NSF-sponsored research could have implications in communications, medicine and other fields

In physics, for example, it concerns electromagnetic and acoustic waves. The idea is that waves travel the same way backward as they do forward. Which is fine, except that waves encounter obstacles (skyscrapers, wind, people) that cause them to lose energy.

But what if you could break that rule and guide waves around those obstacles? Or have an object completely absorb the wave in a specific direction? Such functionalities could alter how electronic, photonic and acoustic devices are designed and used.

University at Buffalo engineers have taken a step in this direction. Working in an emerging field known to as “spacetime-varying metamaterials,” engineers have demonstrated the ability to break reciprocity in acoustic waves.

A study describing their work, which is supported by the National Science Foundation, was published Feb. 14 in Physical Review Applied letters, a journal published by the American Physical Society.

“We have experimentally demonstrated that it’s possible to break reciprocity in acoustic waves with material properties that change simultaneously in time and space,” says the project’s lead investigator Mostafa Nouh, PhD, assistant professor of mechanical and aerospace engineering in the School of Engineering and Applied Sciences.

To conduct the experiments, Nouh and the students built a beam that consists of a common thermoplastic (acrylonitrile butadiene styrene, or ABS) bar outfitted with 20 aluminum resonators, each shaped like a rectangle.

Motors allow the engineers to program each resonator, which are grouped in pairs of four, to spin at 45-degree angle intervals. For example, the first resonator is at 0 degrees, the second at 45 degrees, the third at 90 degrees and the fourth at 135 degrees. The next group of four follows the same pattern, and so on.

The spin is both a function of space (the 45-degree intervals) and time (the milliseconds between their angular orientations). Hence the name, spacetime-varying metamaterials.

When activated, the spinning resonators look like car pistons that twirl instead of pumping up and down. What they’re doing, however, is changing the beam’s “stiffness,” which is its resistance to being deformed by an applied force.

This video explains in greater detail how the system works.

Before testing the beam, the team performed computer simulations that predicted reciprocity would break at very fast variations of stiffness. In other words, the faster the resonators spin, the more likely they could break reciprocity.

So the engineers cranked the motors up to 2,000 revolutions per minute (rpm). To see if this was fast enough, engineers sent vibrations (an acoustic wave) through the beam via a piezolelectric actuator. Using a scanning laser Doppler vibrometer, as well as a thermal imaging camera (to ensure slight temperature fluctuations weren’t influencing the experiment), Nouh and students found that the pattern in which the wave returned to its origin widely diverged from its initial course.

“This is evidence of the wave acting in a non-reciprocal manner,” says Callanan.

In another test, with the resonators spinning only at 100 rpm, the beam’s stiffness barely budged. Nouh and students found that the wave returned back to its point of origin the same way it left, indicating that reciprocity was not broken.

“The experiments not only demonstrate our ability to break the reciprocity of acoustic waves, but confirm our hypothesis that such breakage is contingent on the speed of stiffness modulations through the spinning action,” says Attarzadeh.

The ability to manipulate waves in this manner, a first of its kind proof-of-concept, has many possible uses. For example, you could build a wall that allows sound to pass through easily in one direction but not in the opposite way. It could improve how autonomous vehicles communicate with one another. It could increase the resolution of medical imaging via ultrasound, which typically suffers from a limitation called “reflection artifacts” that can lead doctors to misinterpret images.

But Nouh cautions the laboratory achievement is not ready for commercialization yet. For example, the beam the team built is large and would need to be scaled-down, likely through 3D printing or other nanofabrication tools. Also, the materials the team used heat up too quickly. To overcome this, more advanced and more expensive materials are likely needed.

The work is supported by National Science Foundation CAREER award No. 1847254, the University at Buffalo New York State Center of Excellence in Material Informatics, as well as the Vibration Institute Academic Grant Program. 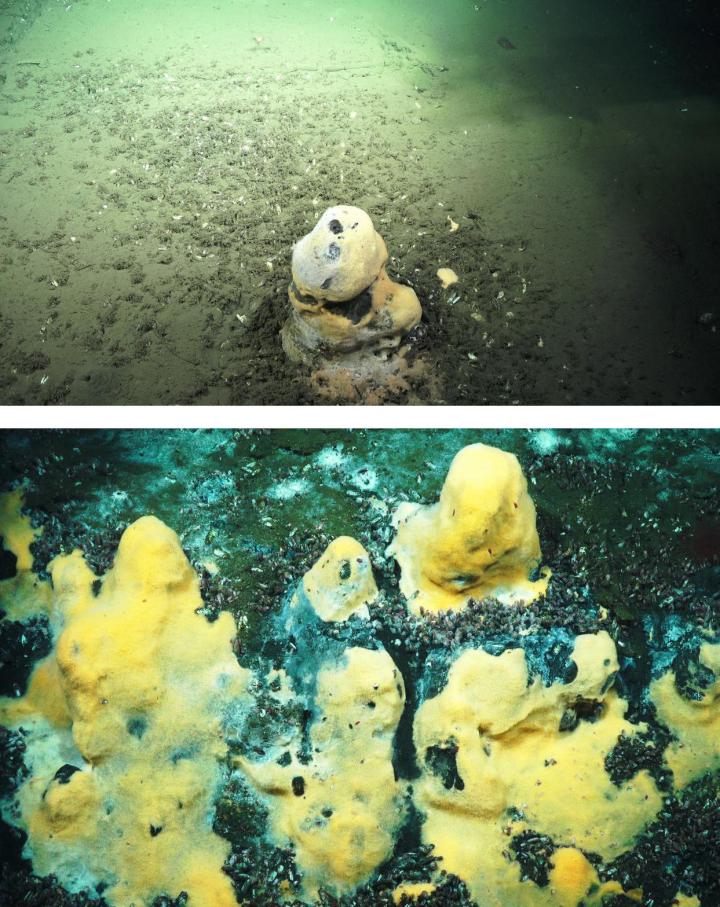