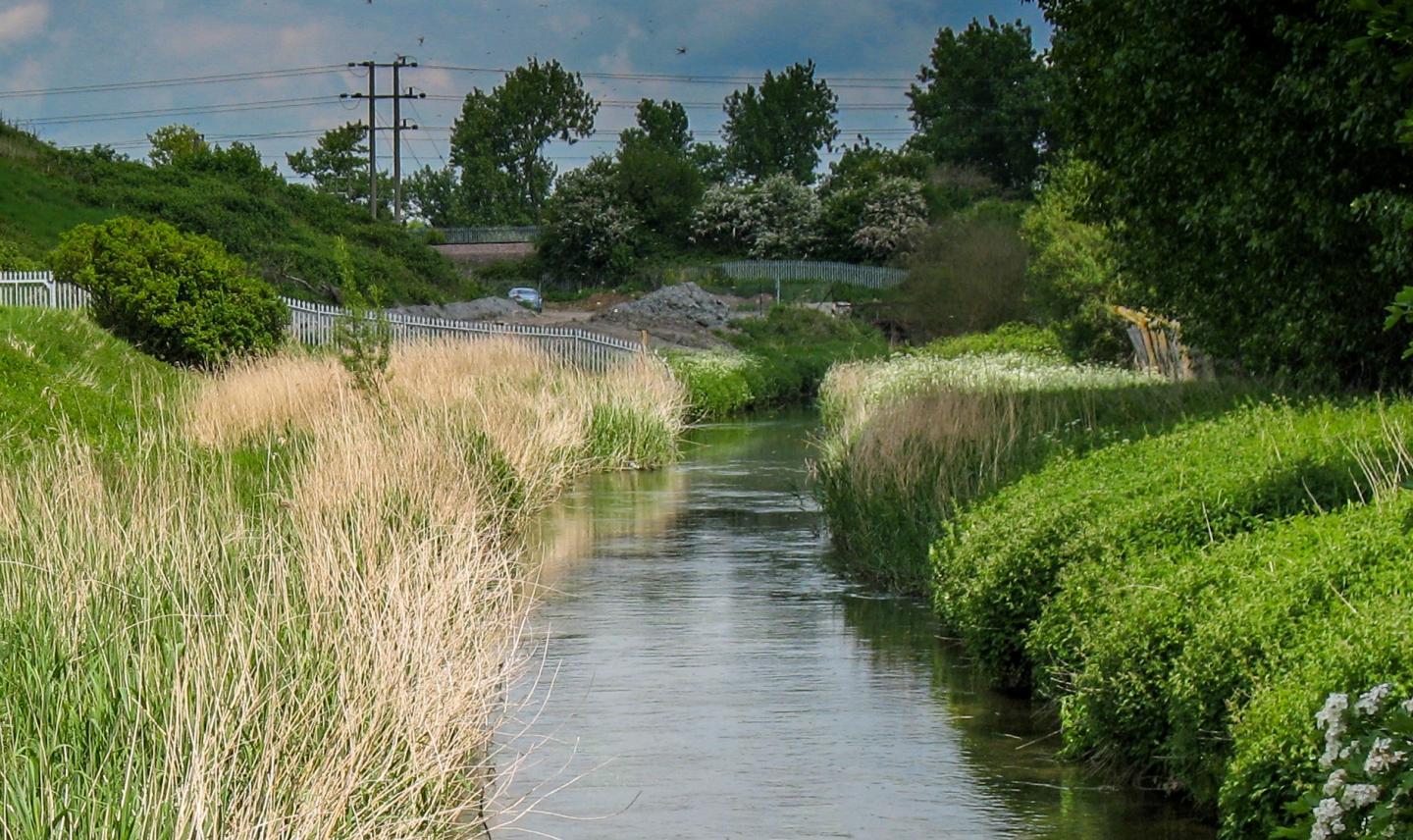 A higher standard of wastewater treatment in the UK has been linked to substantial improvements in a river’s biodiversity over the past 30 years, ensuring a welcome success story for wildlife, say scientists.

The Centre for Ecology & Hydrology analysed data from the regular monitoring of both chemicals and invertebrates in the River Ray in Wiltshire by the Environment Agency and its predecessors between 1977 and 2016. This Thames tributary is downstream from Swindon’s large wastewater treatment plant.

The Defra-funded study found that, since 1991, there has been a steady increase in both the diversity and abundance of freshwater invertebrates, which play a vital and varied role in an ecosystem’s food chain

The water is cleaner due to a reduction in ammonia (a chemical present in human sewage that is potentially toxic to animals) plus an increase in oxygen levels (as a result of less organic matter being discharged into the river).

The findings, published in the journal Environmental Toxicology & Chemistry, echo other research

which indicates there has been an increase in the biodiversity of many rivers across the UK. This latest analysis, which carefully examines four decades of chemistry and invertebrates data, offers an explanation why this has happened.

Professor Andrew Johnson of the Centre for Ecology & Hydrology, who led the study, explains: “There was a marked increase in the diversity and abundance of freshwater invertebrates on the River Ray immediately after 1991 and there has been a steady improvement since then. Therefore, we have identified Thames Water’s investment in improved treatment to comply with the EU Urban Wastewater Directive, which was adopted that year, as the crucial turning point.”

In practice, the implementation of the directive in the UK

meant many large wastewater treatment plants including that at Swindon had to switch to the ‘activated sludge’ process, which is a more efficient way of dealing with large amounts of sewage water than the older ‘trickling filter’ system.

Professor Johnson says the previously lower standard of wastewater treatment, exacerbated by the increase in sewage produced by rapidly growing populations of towns like Swindon, had a negative impact on biodiversity. Many UK rivers had a low abundance of invertebrates and fish back in the 1960s, 70s and 80s.

Professor Johnson adds: “The fact there has been a continual increase in biodiversity in the Ray despite it being a small river taking the entire treated wastewater of a large town of 200,000 residents is extremely encouraging. It indicates that even for rivers with a very high wastewater content their fortunes can be turned around.

“It is wonderful to think that people walking by the Ray are seeing returning species of damselflies and caddisflies that they weren’t seeing 30 years ago.”

The privatisation of the UK water industry in 1989 meant the new water companies could borrow money to invest in their treatment plants to comply with higher standards, overseen by independent regulators. The industry spent £26 billion on various wastewater improvements between 1990 and 2015, according to Defra figures.

The European Union had been considering the merits of charcoal filtering as an additional, final stage of the wastewater treatment process to remove pharmaceuticals – a measure that could cost a total of £30 billion to introduce at treatment plants in England and Wales.

However, the analysis by CEH found the trial introduction of charcoal filtering at Swindon between 2008 and 2014 resulted in no significant increase in the diversity and abundance of freshwater invertebrates, over and above the existing improving trend.

What Works? The Influence Of Changing Wastewater Treatment Type, Including Tertiary Granular Activated Charcoal On Downstream Macroinvertebrate Biodiversity Over Time

1. Importance of invertebrates
Invertebrates are a diverse range of organisms that include insects, worms, molluscs and crustaceans, performing a wide range of vital roles in the food web, such as scraper, miner, shredder, filterer, gatherer, predator and parasite. They also provide scientists with an extremely reliable indication of the health of a local ecosystem and pollution levels because, unlike fish, they do not travel long distances.

The EU Directive in 1991 said there should be advanced wastewater treatment in ‘sensitive’ waters, ie rivers in towns with a population of more than 10,000 people. The UK Government then declared all rivers across the country, irrespective of the size of the local population, were ‘sensitive’. This meant, in practice, that many large wastewater treatment plants in the UK had to switch from the older ‘trickling filter’ system to ‘activated sludge’ treatment.

The hidden costs of flexible fertility


About the Centre for Ecology & Hydrology

The Centre for Ecology & Hydrology (CEH) is the UK’s centre for excellence in environmental science across air, land and water. CEH is a Natural Environment Research Council (NERC) research institute, part of UK Research and Innovation (UKRI). Our research extends from molecular biology to global climate modelling, and our fieldwork is carried out across the world, from the peatlands of Scotland to the semi-arid West African Sahel. For over 50 years, our experts have monitored and modelled environmental change, generating evidence-driven solutions to complex environmental challenges. We are home to over 350 environmental scientists, based across four sites in Edinburgh, Lancaster, Bangor and Wallingford.