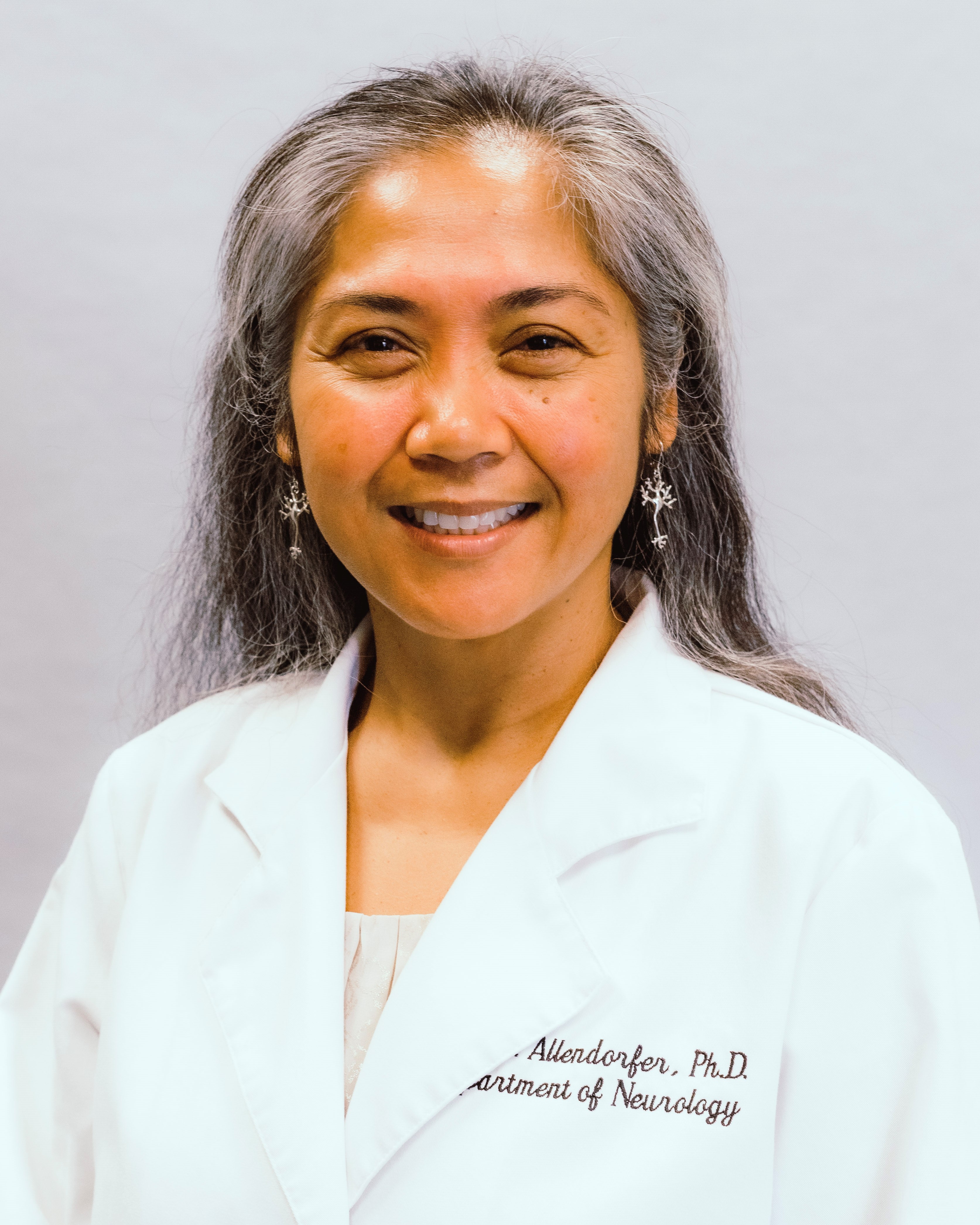 Exercise helped Delhi college student Vinay Jani gain strength and lose weight. But in 2005, he began having seizures. Seizure control was elusive, and Jani went into a depression. He stopped exercising and gained back more than half the weight he had lost.

After a hospital stay due to a seizure, Jani went back to the gym. Because he was still having seizures, he asked friends to watch out for him during his workouts.

His seizures were controlled for a time, but then returned. He changed neurologists, tried new medications, and eventually underwent surgery. Through it all, he exercised. His gym visits led to indoor cycling, which led to outdoor endurance cycling. A few years ago, he added running to the mix.

Today, Jani is an endurance cyclist, marathoner, and epilepsy advocate who encourages everyone with epilepsy to be physically active—for fitness reasons, but also for social and emotional ones.

“Many times, people isolate themselves when they are diagnosed with epilepsy,” said Jani. “They don’t share their hearts. They start living alone. If they’re going out for a workout, any kind of workout, they will meet people and they can get relief from stress.”

Studies suggest that exercise improves physical fitness, mood, thinking and memory, and overall quality of life in people with epilepsy—all benefits that apply to people without epilepsy as well. Other than in rare cases (exercise-induced reflex epilepsy), physical activity does not increase the risk for seizures. But surveys have shown that people with epilepsy are less active than the general population, tend to perceive their health as poor, and have poorer objective physical fitness on muscle tests, compared to people without epilepsy.

People with epilepsy often have been excluded from sports and exercise, usually due to fear, overprotection, and ignorance about the specific benefits and risks associated with such activities. Many may also avoid physical activity due to these same fears and misperceptions.

In 2015, the ILAE Task Force on Sports and Epilepsy published a report that provided guidance on which sports and types of exercise are considered safe, depending upon seizure frequency and type.

Jaime Carrizosa and Ricardo Arida spearheaded a recent survey of Latin American neurologists to assess their knowledge of the importance of physical activity in people with epilepsy, as well as their awareness of the ILAE report.

“What surprised us, in a positive way, is that most neurologists know the benefits of exercise in epilepsy,” said Arida, of the Federal University of São Paulo, Brazil.

“It’s one thing to be aware of the benefits of exercise, and another to discuss exercise with a patient and prescribe or recommend it,” said Carrizosa, professor of child neurology at the University of Antioquia, Medellín, Colombia. “How many of them tell patients about how it’s important to do some physical activity 3 to 5 times a week for a certain amount of time? Or do they only talk about it if the patient asks about it?”

The researchers completed a literature review on physical activity and epilepsy, said Carrizosa. “We found fewer than 42 people who experienced an association between exercise and seizures, over more than 30 years of research literature,” he said. “I would say in more than 99.5% of people, there is no association.”

“I think there’s a lot of widespread misconceptions about exercise in people with epilepsy, which is problematic,” said Hailey Briglia Alexander, a neurologist at Wake Forest Baptist Health in Winston-Salem, North Carolina, USA. “I think it’s a definite gap that people who care for people with epilepsy are not up to date on the current knowledge.”

People with epilepsy may still be afraid to exercise, or their family members may be afraid to let them. Alexander said more information and better clinician-patient communication are needed.

“We don’t really know what kind of fear it is,” she said. “Fear of injury from a seizure? Fear of embarrassment? Fear that other people won’t know what to do if they have a seizure? Medical providers can help to dispel all of these fears, but we have to talk about it.”

For physicians with time constraints, Alexander suggests offering a handout on exercise and epilepsy, or referring patients to the Epilepsy Foundation website, which has a section on exercise.

If providers wait for patients to ask about exercise, it may never happen, she said. “At least in my experience, patients almost never bring up the topic. That may be different in pediatrics where parents may ask about it, but in the adult realm I don’t get the question a lot.”

“Exercise may be something we should be pushing for,” she said. “Not just answering questions about it if it comes up in clinic but initiating the conversation and encouraging exercise, just like we counsel people on the importance of adequate sleep and not missing doses of medication.”

The clinician can make a difference by addressing people’s fears through conversations.

Sports and exercises categorized by group – click to expand

“Physicians can impact a patient’s decision to be more physically active or to initiate an exercise program,” said Arida. “They can help patients be more confident in doing exercise and talk about which activities they might be more comfortable doing.”

Addressing the fear of having a seizure during exercise also is important.

“For people who are well controlled, this is not a realistic fear,” said Jane Allendorfer, associate professor of neurology at the Heersink School of Medicine, University of Alabama, Birmingham. USA. “Hearing that from a physician, someone they look up to for medical advice, would be really helpful. To be told, ‘You are seizure free; there is nothing preventing you from doing physical activity.’”

There are other barriers to physical activity in people with epilepsy:

Recommendations for exercise in people with epilepsy – click to expand

“Some people may want to do sports with others, but can’t find a way to do that,” said Carrizosa. “Or they may have an opportunity to do it but feel afraid or ashamed due to their epilepsy. They don’t want to disclose that they have epilepsy, and that prevents them from engaging.”

While stigma can deter people from exercise, exercise can help to reduce stigma and bolster self-advocacy. Jani said he was open with his gym-going friends about his condition so they could help him be safe while working out. When he began outdoor cycling, his trainer and co-riders were aware of his condition and learned what to do if he had a seizure. When he joined a running club in Delhi, he told the group that he was a person with epilepsy and would need someone to accompany him.

Before his surgery, Jani had auras, so he could stop his activity and alert someone. He remembers only one seizure during physical activity in 15 years; it occurred while cycling outdoors. “When I had the aura, I stopped my bicycle and informed my co-rider,” he said. “My co-riders keep my medicines with them.”

What types of activity are safe?

“If you’re seizure free, there shouldn’t be anything stopping you,” said Allendorfer. “Your risk of injury is the same as anyone else. If you have seizures, there’s some caution depending upon the type of sports or exercise you engage in.”

The tables in this article are reproduced with minor alterations from the ILAE consensus report.

What the research shows

Recent research on physical activity in people with epilepsy has found improvements in quality of life and cardiovascular health. Some studies that used EEG monitoring found that interictal epileptiform discharges decreased during the post-exercise period.

Controlled physical activity trials in people with epilepsy are complex. Allendorfer ran a recent pilot study on the effects of exercise on cognition. Study participants completed weight training sessions, as well as exercise on an indoor recumbent bicycle. During the six-week program, participants visited the study site three times per week for supervised training.

“Memory is the number-one cognitive complaint in people with epilepsy, and there’s no pill you can take to improve memory function,” she said. “In our study, there were improvements in verbal learning and in verbal recognition memory in the group that exercised, and a slight decline in the group that didn’t.”

Allendorfer saw changes in hippocampal functional connectivity on MRI that correlated with the changes in verbal learning and memory. She’s now running a randomized controlled trial to further explore the effects of exercise on cognition.

“The people who did the pilot study were really thankful and encouraged that they could exercise to the level that they did,” she said. “They worked hard! And afterward, we were able to give them the specifications of their workout: What they did during the study, the settings for all of the gym machines and the intervals, and so now they can walk into any gym and know what they’re doing.”

Gym training isn’t accessible to everyone, but everyone can start somewhere, said Jani. “People can involve themselves in any kind of physical activity that works for them. They can go for a walk or a run, they can do yoga. And exercise gives you options for socializing, getting out and meeting people to work out together.”

The impact of a healthy lifestyle is important to remember, said Carrizosa. “There’s a lot of talk about new technology, new medications, surgeries and so on, but there is not enough about what people can do in everyday life—like getting exercise,” he said. “It’s something you can do worldwide, wherever you are, and it has a great impact. So I think it is important to increase awareness.”

Fitness and exercise with epilepsy: Epilepsy Foundation of America