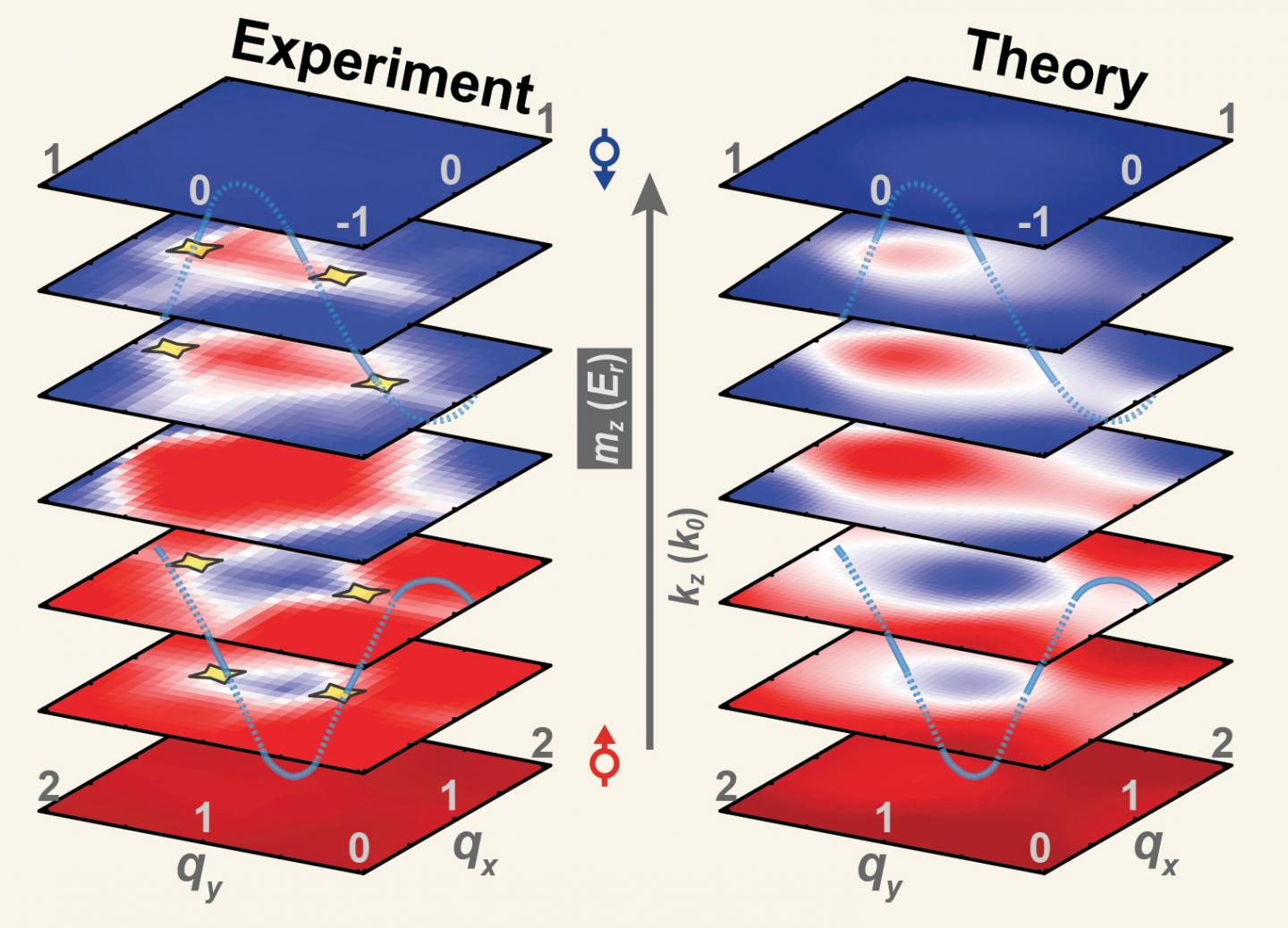 Physicists from the Hong Kong University of Science and Technology (HKUST) and Peking University (PKU) have successfully created the world’s first 3D simulation of topological matter consisting of ultracold atoms. Previous attempts at topological matter simulations were limited to lower dimensions, due to challenges on how to characterize 3D band topology in atomic systems. This breakthrough paves an opening to further examining new topological matter that cannot be well realized in solids. Such never-before-done engineering artificial material with ultracold atoms may allow physicist to model unusual phases of matter.

Prof. Gyu-Boong JO, Associate Professor from the Department of Physics at HKUST collaborated with Prof. Xiong-Jun LIU, Professor from the School of Physics at PKU and devised an artificial crystal lattice structure, previously proposed by the PKU group, to model ultracold atoms prepared at 30 billionths of a degree above absolute zero. This new synthetic quantum matter is a 3D spin-orbit coupled nodal-line topological semimetal, and exhibits an emergent magnetic group symmetry. The researchers correlated the atom spin with the direction of atomic motion, which made the overall atom behavior topological. With such symmetry the researchers proved that the 3D band topology can be resolved by only imaging 2D spin patterns on the symmetric planes, and further successfully observed the 3D topological semimetal in experiment. The detection techniques used here can be generally applied to exploring all 3D topological states of similar symmetries when those become available.

The research was recently published online in

Topological matter is classified by the geometric properties of the quantum state in material. The topological nature of the material means that it tends to withstand imperfections within an operating system and also holds the potential for other yet unknown exotic properties.

“This is a breakthrough progress for quantum simulation with ultracold atoms,” said Prof. Liu. “It enables the experimental investigation and observation of nontrivial phases of all physical dimensions, including various insulating, semimetal, and superfluid phases with nontrivial topology in ultracold atoms”.

This part of information is sourced from https://www.eurekalert.org/pub_releases/2019-08/hkuo-huf081919.php