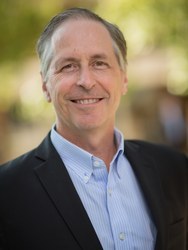 “Our study will fill existing research gaps by studying which little cigar and cigarillo warning characteristics – including content, format and size of warnings – are the most influential in reducing use, and how additional policies, such as the removal of flavor descriptions on packaging, could influence the impact of warnings,” said Goldstein, who is a professor in the UNC School of Medicine Department of Family Medicine and adjunct professor in the UNC Gillings School of Global Public Health.

Goldstein said few research studies have examined the effectiveness of little cigar and cigarillo health warnings. Studies of cigarette packaging have shown that effective warnings include pictures to illustrate the negative health effects of smoking, large and prominently displayed labels and remove flavor descriptions, but those studies haven’t been done for little cigar and cigarillo packaging.

Goldstein and his colleagues will lead a series of studies to develop and test proposed new health warnings for little cigars and cigarillos. Using a national, web-based questionnaire, their goal is to identify the warnings that adult smokers perceive as the most effective, as well as which warnings lead to more intentions to quit.

They will also conduct an in-person laboratory study, which will include tracking eye and facial muscle movement and arousal, to develop objective measurements of whether flavor descriptions affect the impact of the modified warnings compared to the current warnings.

Goldstein is the principle investigator of the project. Other members of the study include Leah Ranney, PhD, MA, Sarah Kowitt, PhD, MPH, and Christine Kistler, MD, MASc, from the UNC School of Medicine Department of Family Medicine; Paschal Sheeran, PhD, and Barbara Fredrickson, PhD, of the UNC-Chapel Hill Department of Psychology & Neuroscience; Allison Lazard, PhD, of the UNC Hussman School of Journalism & Media and UNC Lineberger; Tara Queen, PhD, of UNC Lineberger; Jennifer Ross, PhD, of the Wake Forest School of Medicine; and James Thrasher, PhD, MA, MS, of the University of South Carolina.