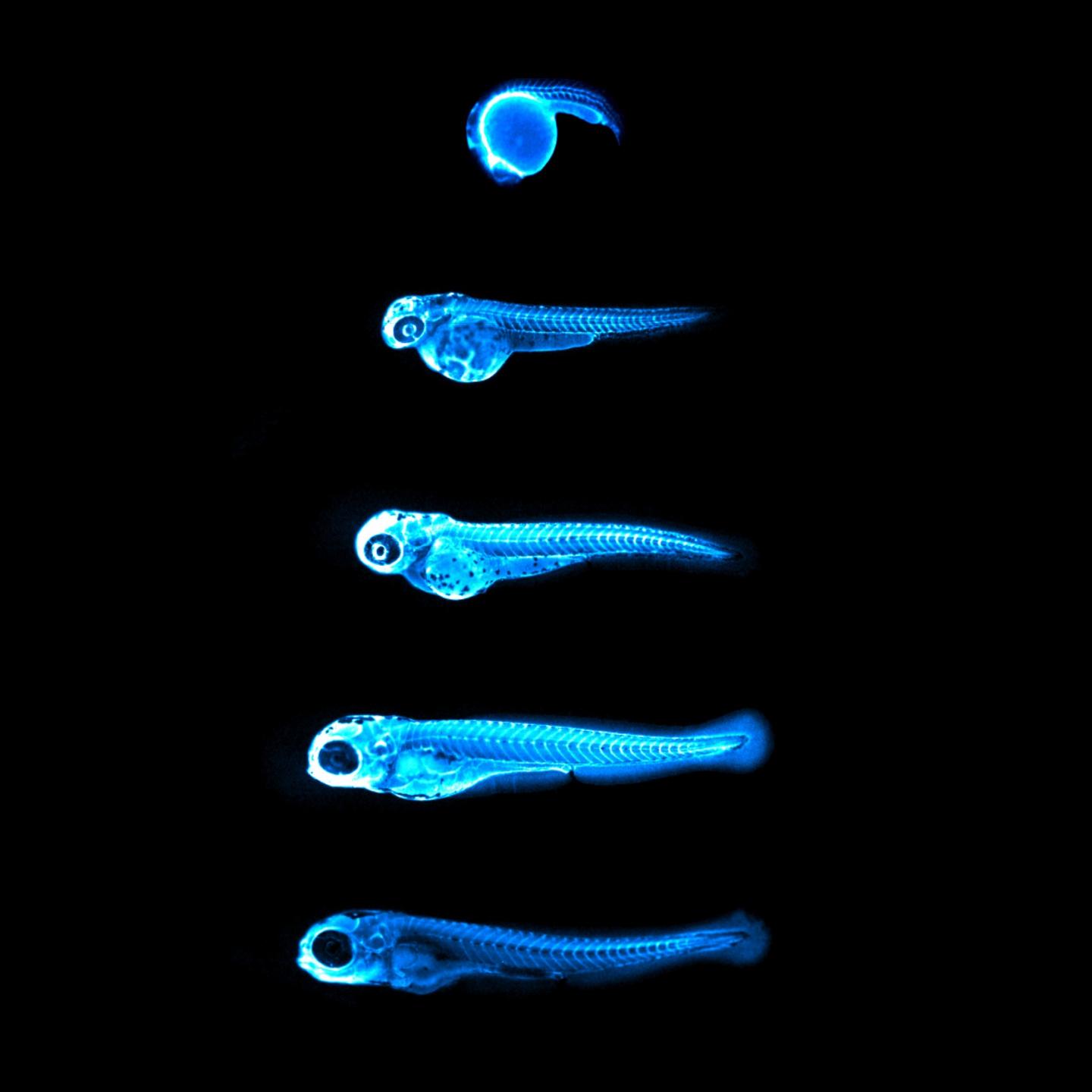 Fat molecules, also called lipids, such as cholesterol and triglycerides are shuttled around the circulatory system by a protein called Apolipoprotein-B, or ApoB for short. These complexes of lipid and protein are called lipoproteins but may be more commonly known as “bad cholesterol.”

Sometimes this fat-and-cholesterol ferrying apparatus stops in its tracks and embeds itself in the sides of blood vessels, forming a dangerous buildup. Called plaque, these deposits stiffen the wall of an artery and makes it more difficult for the heart to pump blood, which can eventually lead to a heart attack.

“These ApoB-containing lipoproteins are directly responsible for creating plaques in blood vessels, so learning more about them is essential to fighting the global epidemic of cardiovascular disease,” explained lead author James Thierer a graduate student at Johns Hopkins who does research at Carnegie’s Department of Embryology.

Identifying ways to lower levels of plaque-forming lipoproteins in the bloodstream would save lives. But ApoB is a very large protein complex, making it difficult to study using traditional molecular biology research techniques.

So, Thierer and Carnegie’s Steven Farber, together with a colleague from the Mayo Clinic, developed the LipoGlo system, which used state-of-the-art genome engineering to tag ApoB with a glowing enzyme that’s similar to the one that lights up fireflies. This enabled them to monitor the movement of ApoB complexes in larval zebrafish. Their approach is so sensitive it can be used to measure lipoproteins in an almost microscopic droplet of blood, allowing researchers to perform many of the same medical tests that are conducted on humans in tiny zebrafish larvae.

“Statin drugs have helped a lot of people and saved many lives, but folks still die of cardiovascular disease every year, so there is an urgent need for new medical strategies to understand and prevent arterial plaque buildup,” said Farber. “Our LipoGlo system allows us to study ApoB in a tiny larval zebrafish, enabling us to try thousands of potential pharmaceuticals and to find the needle in a haystack that could be the next treatment for this terrible disease. This type of whole-animal screening is not possible in any other vertebrate”

Currently, doctors in the US determine the risk of arteriosclerosis indirectly by measuring the blood concentrations of lipoprotein components like fat and cholesterol. But it’s an imperfect tool that can, in some cases, underestimate the risks.

LipoGlo allows Farber and his team to directly observe the concentration, size, and distribution of lipoproteins in vanishingly small samples of material so that they can eventually elucidate ways to fight the risks of heart disease.

Using this system, Thierer, Farber, and the Mayo Clinic’s Stephen Ekker also discovered a mysterious gene called pla2g12b, which has a huge impact on both the size and number of ApoB-containing lipoproteins. It is still unclear how exactly this gene works, but further investigation could help the team understand why heart disease runs in families or point to a new strategy for controlling the number of lipoproteins in the bloodstream.

“Although there is much more work to be done to fully understand the processes underlying atherosclerosis, these findings show that our LipoGLo tool has the power to transform our understanding of lipoprotein biology, which will have important implications for future strategies to treat heart disease,” concluded Farber.

The Carnegie Institution for Science (carnegiescience.edu) is a private, nonprofit organization headquartered in Washington, D.C., with six research departments throughout the U.S. Since its founding in 1902, the Carnegie Institution has been a pioneering force in basic scientific research. Carnegie scientists are leaders in plant biology, developmental biology, astronomy, materials science, global ecology, and Earth and planetary science.